The Art Newspaper Russia Prize will be presented for the fourth consecutive year in Moscow on March 17. As opposed to state museums, this award is given to private parties that invest in art. In fact, only a private investor with deep pockets could afford to stage the Art Newspaper awards ceremony — held as a swanky theatrical show at the Manege Exhibition Hall.

Businesswoman and collector Inna Bazhenova initially purchased the franchise for the Russian edition of The Art Newspaper in order to get a better handle on the business. She then went on to purchase the entire brand.


A businesswoman, art collector and owner of The Art Newspaper, Bazhenova opened a Moscow exhibition space in November 2014 under the name of her art foundation. The in artibus Art Space is hosting exhibition projects dedicated to Russian artists of the 20th century.

"I very deliberately acquired ownership of the English version as a business," Bazhenova said. "But I did not want to announce at first that I had purchased the publication. After all, it was the founders and creators who had developed its impeccable reputation, not I. For a whole year we did not announce the change in ownership. Even the staff didn't know. That was to ensure that people did not speak of me the way they do of [Roman] Abramovich, who bought the Chelsea Football Club. Although, who am I compared to Abramovich?" she said.

Last year, Inna Bazhenova opened an exhibition space for her in artibus foundation in central Moscow to display works by her favorite artists — Vladimir Weisberg and Ilya Makov, whose exhibition will open in April.

But Bazhenova is far from the only Russian art lover willing to display their collections publicly. Major Russian collectors stopped concealing their identities back in the 2000s. Now they open their art repositories to viewers rather than shipping them off to residences in London or elsewhere. But the most recent trend is even more surprising: In the past year alone, several sizable museums have either opened or are in the process of opening in Moscow — each devoted exclusively to the private collections of Russian capitalists. 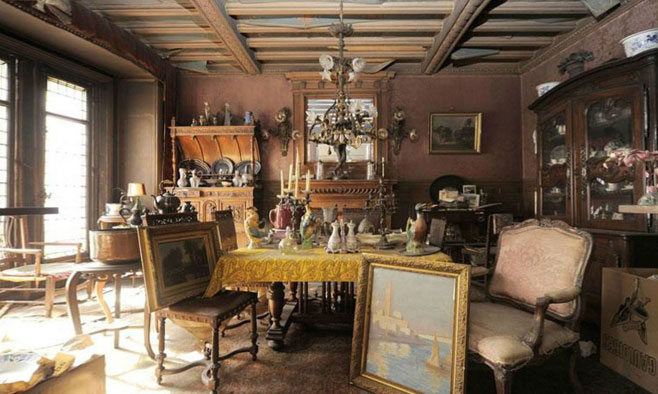 Every collection comes with its own quirks and eccentricities. Most often, they are based on the owner's desire to see his or her personal delights reflected in the eyes of others. And of course, they want to be remembered by history. After all, establishing a museum for future generations to enjoy makes a more lasting impression than owning a financial holding company or an investment firm.

Boris Mints, owner of investment company 01 Properties, will open a museum of Russian Impressionism in May. More sensuous works will replace canvasses by such painters of the Russian Itinerant school as Vasily Polenov, Igor Grabar and Konstantin Korovin, and will hang in a redeveloped factory building on Leningradsky Prospekt.


In May 2016, Mints, a Russian banker and investor, is opening a museum based on his collection of 19th-20th century Russian art. It will be held at a former factory building which is being redeveloped by British architectural firm John McAslan + Partners.

Many in the art world consider Mints' beloved Russian Impressionists secondary to the French masters whose works they imitate. That does not bother Mints in the least.

His museum project — that already has a price tag of $10 million — was designed by the British architectural firm John McAslan + Partners with help from the consulting agency Lordculture.

Wimm Bill Dann founder and Petrocas Energy Group co-owner David Yakobashvili is also slated to open a museum in Moscow this year. Named the Sobraniye (Assemblage or Collection), it will be an enormous structure spanning four floors aboveground and four more below with space to house 10,000 works.

The Sobraniye will display rare objects from the tsarist Romanov family as well as items ranging from a necklace of Catherine the Great to the grand piano of Maria Feodorovna. The museum will also include the Symphonion music box used by Adolf Hitler and, as part of its Library of Sounds, 20,000 paraffin cylinders and self-playing piano rolls that use etchings and perforations respectively to record sound.

Oil magnate Vagit Alekperov has already opened his Numismatic Museum. Alekperov's love for coins is legend among the older coin collectors of Moscow who knew him from their days gathering at the famous coin shop at Taganka to trade their wares. Today, Alekperov is a billionaire and his museum boasts only gold coins. Among them are real rarities that a group of specially hired experts hunted down after searching the world over. For example, visitors can see a quarter stater of Alexander the Great in mint condition. Alekperov is now working to ensure that the museum continues its existence regardless of the whims of his heirs. 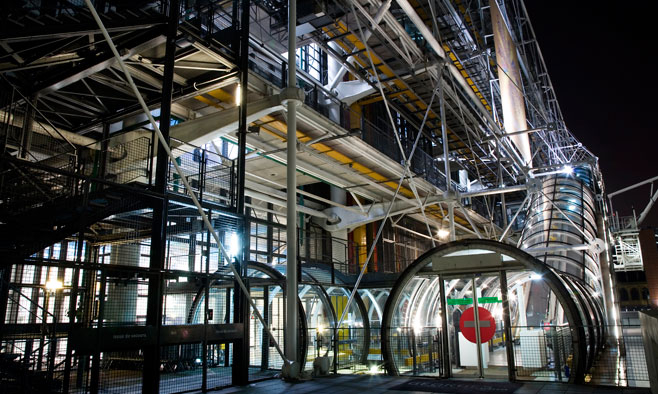 All of these museums have appeared not because of pressure from politicians or calls for social responsibility among the wealthy, but rather, in spite of them. For many years, David Yakobashvili was not permitted to renovate his mansion on Solyanka. Another oil baron, Viktor Vekselberg, could not obtain a building in the center of Moscow for a Fabergé museum, despite his well-placed connections.

Novatek company owner Leonid Mikhelson — who tops the Russian Forbes list — had better luck. The Moscow Culture Department head Sergei Kapkov, prior to retiring, helped Mikhelson acquire Power Station Number 1 on Bolotnaya Naberezhnaya. Since then, as with the appearance of the Tate Modern in London, it has been considered the best repository for contemporary art in Russia — and it is there that Mikhelson's V-A-C foundation is building its museum.


The richest man in Russia (according to Forbes magazine) and the owner of Novatek gas company is working on a new contemporary art museum in a former power station in the center of Moscow. The architect is Renzo Piano, the creator of the Pompidou Center in Paris.

Renowned architect Renzo Piano is handling the reconstruction of the building. And Tereza Mavika, curator of its museum of contemporary art, describes the establishment not as a traditional museum archive, but as an "agora" — a place where young artists can actively interact with each other and connect with the global art scene.

Mavika dissuaded Mikhelson from collecting the "Russia Impressionists" that Mints so admires. The Mikhelson museum is likely to become a direct competitor to Moscow's Garage Museum of Contemporary Art, where Dasha Zhukova — wife of Roman Abramovich — plays the role that pre-revolutionary patrons Shchukin and Morozov once played. Zhukova was the first to create a large private exhibition space in Moscow with global aspirations. She was also the first to decide that having a wealthy owner did not mean that a museum should not charge admission. Oligarch Alexei Ananyev — one of the nominees for The Art Newspaper Award — also charges 150 rubles for admission to his Institute of Russian Realist Art. Similarly, visitors must pay 450 rubles to see the Frida Kahlo exhibit in St. Petersburg that Viktor Vekselberg organized.

Even the most prestigious state museums can no longer compete with big money. At the opening of the Frida Kahlo exhibition in the Shuvalov Palace housing the Fabergé Museum, Boris Piotrovsky, director of the Hermitage — Russia's premier museum — could only throw up his hands: last year, the Hermitage only managed to insure and bring in a single work by Frida Kahlo.

An entirely new cultural landscape has appeared and is expanding in Russia — one that is not dependent on the government and its current views on culture. It is a cultural landscape with its own awards and honors, its own media and its own private museums and collections.

A Family Affair at the Russian Union of Artists in Moscow

If you have a chance before the end of the week, stop in to see an unusual and fascinating exhibition at the Union of Artists on Ulitsa Pokrovka...
news

Muchnik's Picks: Wiley, a-ha, Tanzy Minus and More Music in Moscow on the Weekend

March is in full swing, spring is now truly in the air, and Tinder traffic is off the charts! Here are some gigs you can invite your date to depending...
news

A parisian pensioner has turned to the U.S. Supreme Court in last-ditch effort to snag Bolshevik-seized van Gogh masterpiece.

The Venice Film Festival has always favored Russian cinema. The films of directors Andrei Konchalovsky and Alexander Sokurov were given awards here, and...