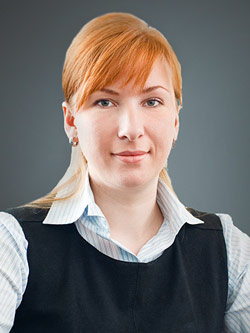 What then do "leased personnel" and "borrowed manpower" mean? As defined in the Law and, accordingly, the Labor Code, these terms refer to individuals (workers) performing labor on the instructions of an employer in the interests of and under the management and control of a host (company or individual) that is not the given workers' employer. In other words, in business, borrowed manpower is a system under which a company makes temporary use of the human resources of another company on the basis of an agreement and for a certain payment.

What is permitted or banned by the Law?

In essence, from January 1 onwards, there will be a total ban on borrowed manpower, apart from specific cases when the personnel are provided by an employment agency or companies within the same group.

These restrictions entail changes in the customary way business is done. After all, use of leased personnel is already common practice. Both commercial companies and employment agencies are seriously concerned about this at the moment, so, as a priority, they are having to think hard about and decide what the practical consequences might be, what to do after 1 January, what actions to take, how to continue engaging leased personnel and how to restructure the current system of relations.

It should be noted that borrowed manpower is a system that has been actively and successfully used throughout the world for many years now and the demand for it and its popularity are unlikely to shrink at all in the near future. Given this trend, the ban on using borrowed manpower in Russia is causing a certain degree of complexity and confusion, especially among foreign companies. For comparison, in European countries, this system of relations is legislatively regulated, well-established in practice and beneficial both to companies and personnel.

One of the main questions businesses and the legal community now face is in which specific cases and under which circumstances it will still be permissible and legal to use leased personnel.

Even though just a few days are left until the new rules come into effect, many aspects of how activities associated with provision of personnel will be regulated remain up in the air and need to be determined either in the Law or at least in official clarifications by government authorities.

The current version of the Law fully allows only private employment agencies to provide personnel and, even then, exclusively:

• To an individual entrepreneur or legal entity to fill in for temporarily absent staff, who retain their jobs (to replace, for instance, a staff member on maternity leave or extended unpaid vacation)

• To provide temporary work for individual categories of job seekers (such as full-time students, single parents or parents of big families with underage children, and so on).

Hence, the possibility of employers using leased personnel through private employment agencies is essentially restricted to just these three cases, the last one being quite disputable for application in customary business practice. In other words, even if a business works with accredited agencies, it will not be able to fulfil its demand for borrowed manpower completely, as it could previously or as the business situation requires.

As for the requirements on private employment agencies themselves, those applying special tax regimes are excluded. They must not have any tax, levy or other mandatory-payment debts and they must have authorized capital of at least 1 million rubles. The Law also requires that the head of the private employment agency have a higher education and relevant work experience of at least two years in the last three and not have been convicted of any crime against a person or the economy.

It is, of course, a good thing that, under the Law, apart from private employment agencies, provision and use of leased personnel is possible between companies within the bounds of the same group (between affiliates and parties to shareholder agreements, to be precise). At the same time, the Law does not establish any specific rules or restrictions in this respect either in relation to possible cases of use of leased personnel or for how long they may be engaged. That said, the Law merely states that relations in such a situation should be regulated by a separate special law.

We know that a relevant law (on so-called "secondment") has already been drafted and its text is available in public sources. Even so, this law has not yet been submitted for consideration by the State Duma, meaning it has not reached even the very first stage of all the requisite approvals. Yet the current version definitely appeals to business, containing no restrictions or special conditions.

For instance, it follows from both the Law itself and the bill referred to above that foreign legal entities can also second employees within a group of companies (compare this with provision of personnel by employment agencies: to obtain accreditation, a legal entity must be registered in Russia, there being no exceptions even for branches and representative offices of foreign companies). As for exchange of leased personnel between Russian companies belonging to the same group, everything is more or less clear in this respect. Still unclear, however, is what to do if a foreign company sends a foreign specialist to its Russian subsidiary.

So far, there is no innovative solution or magical answer to this question at the level of the Law or the draft bill or official clarifications (which is, in principle, logical, since none of these rules are in effect yet). Consequently, everyone currently takes the position that, in this case, for the purposes of observing the applicable Russian immigration legislation, a direct employment contract will still have to be concluded between the foreign specialist and the hosting Russian company and the latter, in addition, will have to obtain all the permission documents for hiring a foreign specialist. And this, unfortunately, is despite the fact that the very idea of borrowed manpower and secondment (which is, by the way, stipulated in the Law and, accordingly, the Labor Code) directly and unambiguously excludes the possibility of direct labor relations between a borrowed worker and the host, or the need to conclude a relevant direct employment contract.

Since the new rules, particularly the Law, are so worded and structured that a lot of unanswered questions still remain, currently there exists considerable indeterminacy regarding future possible actions by employers and agencies. At the same time, even in this situation, in order to continue operating efficiently after the New Year holidays, especially during these difficult times, companies and agencies are endeavoring to find possible alternative solutions for engaging leased personnel from outside both lawfully and at minimum risk.

Companies, in conjunction with agencies, are currently striving to avoid contracts specifically for provision of personnel (and sometimes even specific workers) and to use ones for provision of various services. Agencies call such schemes "outsourcing of business functions" and "outsourcing of business processes," which, from the legal perspective, are essentially the same thing under different names. The documentation is drawn up in the form of a customary civil law agreement on provision of services covering, for example, rendering of accounting services, HR document workflow services, reception support services, legal services, and so on. It is worth noting that, as a rule, companies mainly outsource subsidiary functions, entrusting them to independent professionals, who bear a certain liability towards the client in this area. This allows the companies to concentrate on their core, money-making activities.

Recently, companies have been asking us, "Can we just make the changes on paper, without restructuring our actual relations with our leased personnel?" That is, they, as a company, would continue managing the engaged personnel, issue direct instructions, themselves monitor their fulfilment and work quality, and comment on substandard work.

In our opinion, it is quite risky merely to change the name of the agreement without restructuring and reorganizing the actual relations between the company, agency and personnel. We understand that, in the given situation, on one side of the scales are customary convenience, already established business arrangements and communications schemes. Yet we also acknowledge that, on the other side of the scales, there is the firm's legal peace of mind, that is, absence of any legal risks associated with the company and its CEO incurring fines for each worker engaged incorrectly, the CEO potentially being disqualified for a repeat offense and also, and most dangerously, direct labor relations being recognized between the company and the directly engaged personnel, especially if there are many of them.

Businesses are, so far, split into two camps on this. One group of employers is prepared, in order to comply with the new Law, to  restructure completely both their contractual and actual relations with leased personnel and employment agencies. Other employers are so far confining themselves to re-concluding agreements, calling them outsourcing rather than outstaffing. Surprisingly enough, there is a third group of employers that have decided to wait and see, that is, they are not doing anything at the moment and are waiting for the first attempt to enforce the new Law before finally deciding what to do next. Fortunately, such companies are few and far between.

It is, indeed, worth mentioning that an agreement on provision of services (outsourcing) does not formally fall under the restrictions set by the new Law. How the controlling authorities will react to such innovations by employers and where precisely the fine line will eventually be drawn between lawful provision of services and inadmissible use of borrowed manpower will become clear only after the Law comes into force and the first court and administrative practice takes shape. Based on previous experience, this is to be expected no earlier than 6-8 months following the Law's effective date. For now, businesses have to orient themselves on and be guided by just the general meaning of the Law, their own common sense and the practice of similar situations, and hope that clarifications or instructions on burning issues are handed down by government bodies soon.


P.S. As a separate, closing comment, it is worth noting that there are rumors circulating from different sources that the effective date of the Law is to be deferred, though the time suggested differs substantially. Some say it will be put off for four months, others say six months and yet others, three years. At the time of writing, however, there are still no official preconditions for deferring the effective date, so businesses are preparing specifically for January 1, 2016.

At least 16 soldiers on both sides have been killed in the past five days of fighting between Armenia and Azerbaijan.
russia's response

The sport said it had returned its highest number of positive test results before welcoming spectators to the Grand Prix in Sochi.
'NO THANKS'

Russia accused the German government of "categorically refusing" to cooperate on the alleged poisoning of Kremlin-critic Alexei Navalny.