On a summer morning in 1998, Vladimir Petukhov, the mayor of the Siberian oil capital of Nefteyugansk, was killed in a mobstyle execution. It was not an unusual occurrence for the “wild 90s” era of Russian business. But it has returned to the spotlight as the prosecution of former Yukos chief Mikhail Khodorkovsky has been reanimated.

Khodorkovsky, 52, who resides in London following his pardon by Russian President Vladimir Putin and release from prison in 2013, has been officially charged by authorities with Petukhov’s killing, based on newly discovered evidence, according to the Russian Investigative Committee.

The charges mark a new stage in the faceoff between the Russian state and the man who was once its richest mogul, and follow the awarding by a European court of $50 billion in damages to former Yukos shareholders last year.

Khodorkovsky told The Moscow Times in an interview: “The resurrection of Petukhov’s murder case was triggered by Putin’s instruction to counter my attempts to win claims [against the government] through court orders and my financing of the [political] opposition.”

Sixteen years ago, Yukos, which had recently taken over oil assets in the region around Nefteyugansk, was in conflict with the newly elected Nefteyugansk mayor, former political analyst and consultant Andrei Volchkov told The Moscow Times. Volchkov was conducting opinion polls in the city in 1998 and arrived just after the murder.

Yukos successfully pushed the regional Audit Chamber to look for evidence of wrongdoing by Petukhov. Volchkov said: “I detest Yukos and Khodorkovsky. I blame him for a number of violations. But by that time [in 1998] Yukos had all the legal documents necessary to have Petukhov brought up on fraud charges, and they had no reason whatsoever to kill him. Politically it only made things much worse for them.”

Two members of a local criminal syndicate were charged with the mayor’s murder, but were found dead shortly afterward. The case was dropped until Yukos came under fire from the state in 2013. In that year, Yukos and Khodorkovsky became the target of what is generally considered a politically motivated campaign, led by Putin, to destroy the company. Khodorkovsky was sent to prison for tax evasion. He spent a total of 10 years behind bars.

As Khodorkovsky was sentenced, Petukhov’s murder case resurfaced. Both Alexei Pichugin, Yukos’ chief security officer, and Leonid Nevzlin, a major Yukos shareholder who was tried in absentia, were convicted for the murder.

A state oil company, Rosneft, took over most of Yukos’ assets in Nefteyugansk, and Petukhov was lionized as the helpless victim of Yukos’ criminal activities in the region. A monument to Petukhov was even erected in 2013. Putin and Rosneft CEO Igor Sechin publicly linked Khodorkovsky to the murder.

There is still no public knowledge as to why Khodorkovsky was suddenly released and secretly sent to Germany in December 2013.

Analysts agree that it was likely a combination of three things: Putin trying to improve his image before the 2014 Winter Olympics in the Russian city of Sochi; effective behind- the-scenes diplomacy from German Chancellor Angela Merkel and former German deputy chancellor Hans-Dietrich Genscher; and the fact that Khodorkovsky’s mother was gravely ill.

After his release, Khodorkovsky said he would not challenge Putin or engage in Russian politics, but would participate in activities to strengthen civil society in Russia. Earlier this year, when investigators suddenly reopened the Petukhov murder case, he said it was not on Putin’s orders, since the two had already “sorted things out.”

If there ever was a deal between Putin and Khodorkovsky, the latest crackdown suggests it has been canceled. As Putin’s spokesman Dmitry Peskov recently told reporters: Putin did not know about the new evidence against Khodorkovsky when he pardoned him in 2013. 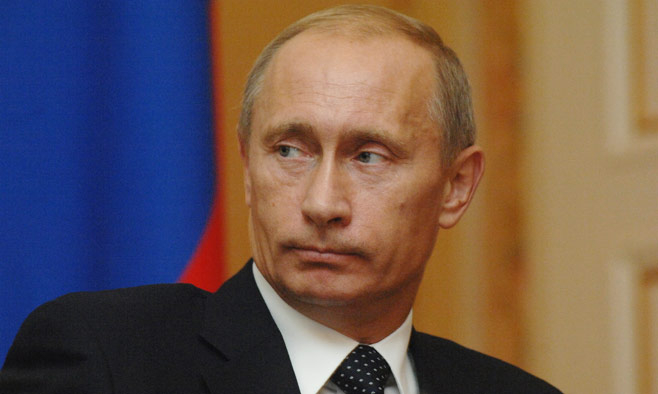 President Putin has said he has no intention of paying the $50 billion to Yukos shareholders.

There is an obvious trigger for the new murder charges, said political analyst Stanislav Belkovsky. A lawsuit filed by former Yukos shareholders against Russia resulted in a ruling in July 2014 by the Permanent Court of Arbitration in the Hague that Russia must pay $50 billion in compensation for violating the international Energy Charter, to which Russia was a signatory, when Yukos was dismembered.

Putin has publicly denounced the decision, saying Russia never ratified the charter that it was accused of breaking. The Russian government is challenging the ruling in the Hague. Meanwhile, local courts in the United States and Europe have already begun to seize Russian property to implement the ruling. This process is expected to gain new impetus in 2016 and could escalate if Russia fails to show willingness to settle the dispute.

“Portraying Khodorkovsky as an assassin would send judges a message: you should not trust him or his former partners,” Belkovsky said.

Russia has also shown no readiness to pay the 1.86 billion euros ($2 billion) awarded to Yukos shareholders by the European Court of Human Rights in Strasbourg in July 2014. Earlier this month Putin signed a law to allow Russia’s Constitutional Court to invalidate ECHR rulings in Russia.

This is an example of one problem snowballing into a whole destructive process, said political analyst Gleb Pavlovsky. The penalty awarded to former Yukos shareholders in the Hague is perceived by the Kremlin as a threat, and legal proceedings will drag on, Pavlovsky said. The case will only be closed during what he calls “[Russia’s] next historical era — over the next 5 to 10 years.”

On Dec. 9, Khodorkovsky gave a speech in London. In his strongest wording since his release two years ago, the former tycoon accused Putin of usurping the rights of civil institutions during his de facto fourth term in office.

“We are witnessing an unconstitutional coup,” Khodorkovsky said, adding that Putin and his cronies would eventually pay for their actions in an independent court.

Khodorkovsky also said a revolution was inevitable and that his own mission was to make the transition as peaceful as possible.

As soon as he finished speaking, Russian state prosecutors started vetting the speech for extremist content.

Khodorkovsky also announced he would be reshaping his Open Russia Foundation, an NGO that he manages from exile and which aims to support Russian civil society. The foundation’s editorial team in Moscow is being cut back, but the human rights subdivision, which now numbers 24 activists, has just been expanded.

“We’ll be providing more help and legal support for political prisoners and helping their families financially,” said Maria Baronova, head of the subdivision.

Khodorkovsky also said he is starting a group to monitor elections to continue the work of civil observers who tracked the parliamentary elections of 2011 — which were marred by accusations of rigging.

“I am not part of the opposition, but I want to provide society with an alternative,” Timur Valeyev, the newly appointed head of the watchdog group, told The Moscow Times.

Valeyev is a former producer at Channel Three, a stateowned television network with a reputation for blatant propaganda. His appointment by Khodorkovsky’s camp is surprising given that Valeyev is set to be honored in the Kremlin for his involvement in “The Immortal Regiment,” a public initiative to commemorate those who died during World War II. The initiative received Putin’s full support, and the president even joined a procession of its supporters in Moscow in May.

Valeyev said that there was “a large number of people, especially younger people, who think and act outside the box,” and strongly disagreed with the Kremlin’s current course. This includes people working for Russian state media outlets, he said.

Khodorkovsky is also launching an online lecture series promoting literacy about civil liberties, and is even rumored to be contemplating the creation of a Russian-language news site in London. Open Russia recently started a discussion club in London in his office at Hanover Square.

Khodorkovsky said he did not think his initiatives alone were likely to have a substantial impact on Russian politics. “My main task for the next couple of years is to find activists and help them gain popularityand political experience,” Khodorkovsky said.