Enough moaning about the weather! "It's too hot" turns into "It's too cold," which then turns into Netflix, chocolate and a very lived-in dressing gown. But even though the winters in Moscow are harsh, that's no reason to hibernate inside. Muscovites are used to the cold and have learned how to make the most of it — a prime example being Gorky Park's ice-rink winter wonderland that opened for the 5th time in the renovated park on November 13.

A Feast for the Senses

Imagine your typical circular ice rink where people cling to the side for fear of floating out into the center of an icy abyss. Got it? Now imagine the exact opposite. Gorky's "rink" is a maze of paths, roundabouts and cul-de-sacs with plenty of space to show off your moves, or simply enjoy watching experienced Russian skaters show you how it is done. This is one of the largest and brightest all-weather ice rinks in Europe. It covers 18,000 square meters of the park's pedestrian pathways and can comfortably host four thousand skaters at one time. The rink itself takes on the role of a light show after dark, with over 33,000 adjustable LED lights installed under the ice. At the center of the main pathway intersection is a massive light installation composed of 400 light boxes. 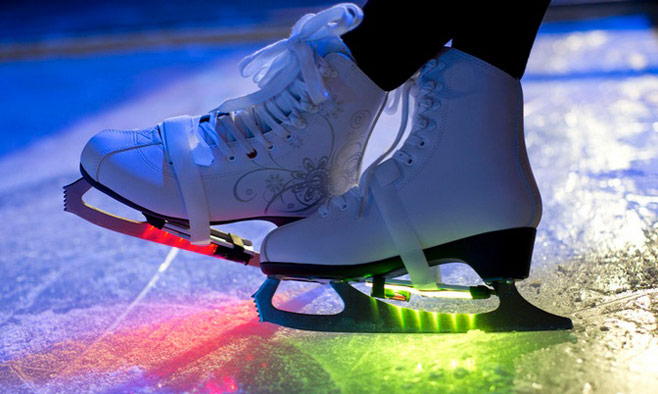 You can rent skates for 300 rubles or bring your own.

A movie-magic, romanticized Christmas feeling is encouraged on the ice by speakers set all over the park to provide an atmospheric soundtrack. Indie pop and rock are featured, but more importantly, there is a steady stream of warm and fuzzy Western Christmas classics. Glide along to the sounds of Frank Sinatra, Bing Crosby and — best of all — Wham.

Once your legs get tired and your hands begin to freeze, thaw them out at one of the many food and drink stations dotted around the paths. There is a big variety of pit-stops where you can warm your hands with some cocoa, tea or festive mulled wine. For those who really burn off the calories on the ice, there is also a selection of foods on offer, such as Mediterranean, Georgian and Spanish cuisines, traditional Russian pancakes and beverages, sandwiches, chebureki (Central Asian meat pies), tea-flavored ice cream, tender profiteroles, two kiosks with boiled corn, and more. These kiosks are also a great place to relax and do some people-watching.

The rink is a perfect place for your kids. If your children are not up to negotiating the paths amid fast-moving skaters wearing sharp blades on their feet, don't worry. There is a separate kiddie rink for little learners where they can use aids that look like walkers (Zimmer frames) to stabilize them until they are ready to turn into Adelina Sotnikova. 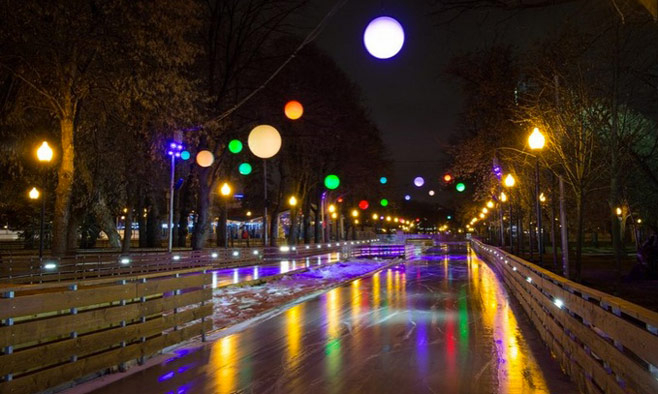 There are plenty of places to stop for a warming drink and bite to eat as you skate through the park.

For adults who enjoy their experience on the ice and want to further develop their skills, Gorky Rink also offers various classes at a very reasonable price on a separate sport rink. For those who need to go back to basics, there are "first time on ice" classes. For those ready to move on to the Olympics, there is a new figure skating school with both individual skating classes and classes for pairs. The pair figure skating is a new addition to the Gorky Rink this year. Classes will be conducted by Pavel and Anastasia Ivanova, winners of a variety of international competitions and regular participants in ice shows in Russia and Europe.

Gorky Park. 9 Ulitsa Krymsky Val. Metro Park Kultury and Oktyabrskaya. park-gorkogo.com. +7 (495) 995 0020. Information on availability, prices and schedules are on the Gorky Park website. Prices and times vary depending on the time and day, but keep in mind that they are closed for upkeep on Monday and for cleaning 3-5 p.m.