One of the world's most exciting ballet dancers Sergei Polunin will take the stage Friday as Crown-Prince Rudolf in Kenneth MacMillan's "Mayerling" at the Stanislavsky and Nemorovich-Danchenko Musical Theater.

Born in Ukraine, Polunin joined the British Royal Ballet School in London at the age of 13 and was the principal dancer of the Royal Ballet by the time he was 21. He quit in 2012 reportedly saying that "the artist in me was dying" and is now principal dancer at the Stanislavsky and Nemorovich-Danchenko but has talked of quitting dancing altogether.

Polunin has long been treasured in the ballet world for his talent but his fame grew exponentially after a video of him dancing to the hit song and LGBT anthem "Take me to Church" by Hozier went viral. It has now been watched more than 13 million times.

Sergei Polunin, "Take Me to Church" by Hozier, Directed by David LaChapelle

"His numerous tattoos — usually covered with stage makeup – are proudly on display, his dancer's tights are symbolically torn," dance critic at The Guardian Judith Mackrell wrote of the video."And in the huge body-wracking shifts from floor-hugging crouches to airborne leaps, Polunin does seem to bring to his dancing the demons of his difficult life.

Mackrell is critical of the somewhat histrionic moves in the video but swoons at the "the gorgeousness of certain dance moments."

"These are physical riches, and they don't come around that often in the ballet world," she wrote.

Polunin repeated the performance on the Ellen show in the United States in June and told host Ellen Degeneres afterwards that he had planned to quit dancing but the reception the video got changed his mind. 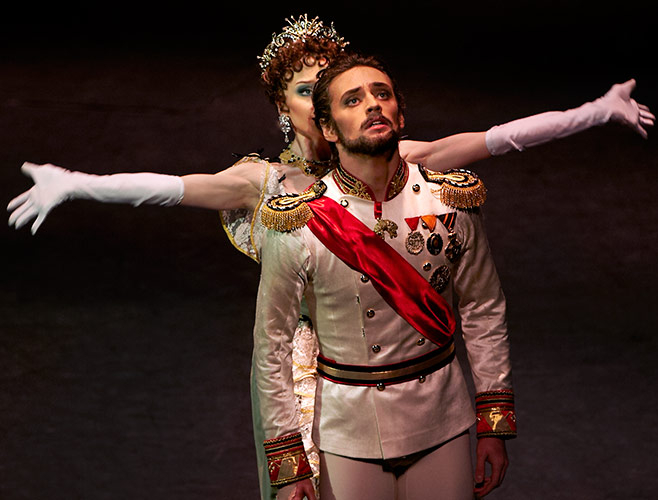 Sergei Polunin wanted to quit ballet, but has "fallen in love with dance" again.

"This dance was supposed to be my last dance. I fell in love with dance again," he said.

He also talked about the problems of being a ballet dancer and having so many tattoos.

"It's a lot of trouble because you put a lot of make up on and if you lift a white swan you get makeup on them, it's a mess."