The Legal Highlights section does not involve the reporting or the editorial staff of The Moscow Times. 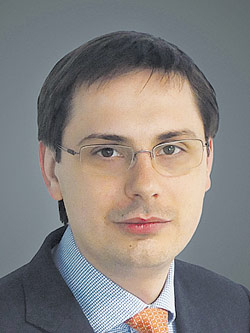 Why have Russian law shareholder agreements gained momentum recently? Some companies (primarily state-linked ones) had followed this route long before the Civil Code was reformed and the first amendments concerning shareholder agreements were introduced into specialised laws. Yet the political environment has now changed: the deoffshorisation law has given a fillip to JV establishment within Russia. A second factor consists in the sanctions: for companies not permitted to conduct business with foreigners, establishing a holding company in a European jurisdiction can no longer be considered an option. Finally, there is now a marked trend, especially among major state-owned or state-linked companies, favouring establishment of joint ventures in Russia.

An interesting point here is that, when a JV is established in Russia, a foreign law, such as English law, may be chosen (for example, a shareholder agreement between shareholders in a Russian legal entity may be made under English law). Even so, when we analyse the different structures, we usually find this to be inadvisable. In other words, English law is a very good tool but only if you are establishing a holding company abroad, so the shareholder agreement is concluded under English or any other foreign law to which the parties are accustomed. It is probably unreasonable to choose English law with respect to a Russian company for one very simple reason: corporate disputes are likely to remain exclusively within the competence of Russian state arbitration courts (commercial courts) in the short-term. So, even if Russian courts accept English law agreements, they will, essentially, be obliged to apply corporate rules of the Russian legislation. In addition, they will have the additional burden of investigating the English law specifics. You can see that, if a potential dispute between JV participants is to be considered in Russia, the choice of English law would be likely to result in worse consequences than the choice of Russian law, even though it might be somewhat uncertain.

Conversely, once you recognise that you will have to deal with any potential dispute in Russia, the logic behind choosing English law evaporates, since you would still have to proceed under LCIA rules. Moreover, in Russia, the arbitration award may well not be recognised because a corporate dispute falls within the sole competence of the Russian courts.  Turning to shortcomings in Russian law, the first and most obvious is uncertainty over how courts will interpret all these newly available tools. Any businessman or company will inevitably, when taking any any serious decision, have to assume the risk of this uncertainty.  I believe, however, that in the next ten years this risk will become secondary, since there are now a lot of Russian joint ventures, disputes will inevitably occur and practice will develop.

The second and just as important shortcoming is that we do not have standard models to apply for writing shareholder agreements. In England, for example, there are well-established standards for drafting documents and lawyers do not quibble about how to lay down an option or indemnity. They argue instead over commercial matters and issues that need to be specified in legal wording.  They do not usually need to debate how to write down the wording correctly on paper. This saves clients' considerable time.

What should be the focus of a shareholder agreement?

This has led to some confusion: some say 'warranties' and others say 'representations'. But reassurance of facts is warranties. What is called 'representations' under English law is described in Articles 178-179 of the Civil Code: conclusion of a transaction made under the influence of fraud or misapprehension. These articles are slightly extended under the Civil Code reform and apply as a fairly close equivalent to the English 'representations'. For instance, during preparations for a transaction, certain promises are given to one party, which, relying on these, concludes the transaction. These promises eventually turned out to be false. In this situation, the transaction may be challenged. This is a classic representation. The shortcoming in the Russian legislation is that, while under English law you may clearly specify in a contract that you exclude representations, under Russian law you may not formally do so.

Nevertheless, we recommend in any situation that you try to strike out these representations when drafting an agreement, while retaining only the reassurance of facts. How should this be done? I believe it is better to specify in an agreement that the party 'hereby confirms that all the assertions set out in the agreement or a separate appendix are reassurances of facts' rather than representations inducing the party to conclude the transaction. In this event, there is a chance that a court might accept this position and state that these are contractual terms rather than circumstances that induced you to conclude the transaction. This is an area, however, where judicial practice needs to be developed. We have, as a general document, a resolution by the Supreme Commercial Court about freedom of contract; I believe a generally accepted concept of freedom of contract, should it be supported by the Supreme Court, means that courts will support the opportunity for the parties to negotiate and decide independently that, if a specific reassurance of facts is breached, they will rely only on damages as a remedy rather than on rescission of the transaction. A second and very important issue is where to specify the reassurance of facts within a JV shareholder agreement. Here, we are not considering the basic reassurance of facts related to all corporate powers but only and specifically establishment of a joint venture to which assets are then contributed. An investor may then purchase a share in a company that already has certain assets. The crucial point here is the reassurance of facts related to these assets and it is very important to understand in which document the reassurance of facts is to be specified, since this will affect calculations and amounts of damages.

First, it might be a shareholder agreement, which is, essentially, a JV foundation agreement. It sets out that a certain company with assets and, consequently, warranties related thereto, is established.

Second, it might be an agreement formalising asset transfer. This is usually called a subscription agreement in the case of a company that is already trading.

Third, an investor buys into a company and the existing shareholders sell part of their stake.  Consequently, a shareholder selling part of its stake must provide warranties in this agreement that it is selling the shares with respect to a company possessing certain assets.

The Legal Highlights section does not involve the reporting or the editorial staff of The Moscow Times.