The Leningrad region branch of Russia's Investigative Committee has opened a criminal case into the death of a Russian man in Estonia in 2007, the agency said in a statement Friday.

According to investigators, Dmitry Ganin was stabbed with a knife by unknown people during the 2007 riots over the relocation of a Soviet war memorial in the Estonian capital Tallinn.

The decision to relocate the city's Soviet Bronze Soldier monument outside the city center met with protests from ethnic Russians, peaking with two nights of riots. 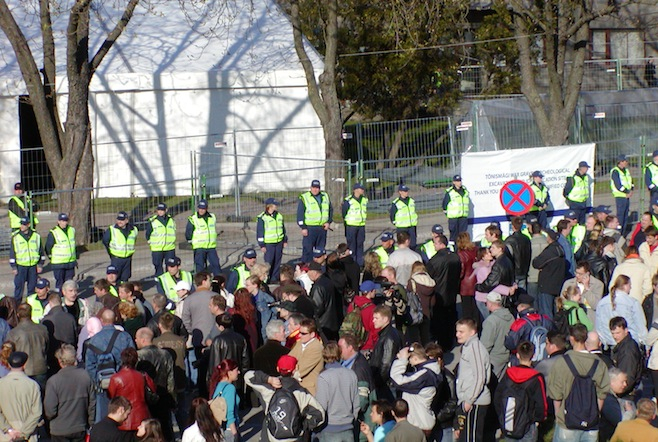 “Nobody was held responsible for what happened in Estonia, nobody was sentenced by court,” Russian investigators said in a statement.

Under Russian law, if a crime committed against a Russian abroad by a foreign citizen or stateless person does not result in a sentence by a foreign court, the Russian state has the right to pursue justice.

100 Hit the Streets of Tallinn To Mark Bronze Soldier Riots

About 100 demonstrators gathered in the Estonian capital on Saturday to commemorate the anniversary of the riots that shook the country one year ago.
news

Activists in the Ukrainian city of Kharkiv claimed Sunday to have painted a local Soviet war monument in Ukraine's national colors — blue and yellow...
No-fly zone