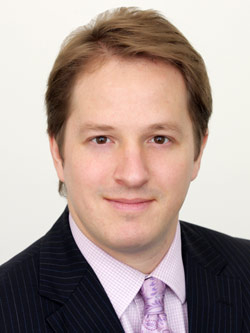 Recent actions taken by U.S. authorities investigating various alleged compliance breaches, each with a Russia/CIS nexus, provide yet another reminder of the long reach of U.S. law and highlight the increasing coordination and cooperation between U.S. regulators and their European counterparts.

In one case, the U.S. Department of Justice ("DOJ") has moved to seize the alleged proceeds of bribes allegedly paid by one Swedish and two Russian mobile phone operators (TeliaSonera, VimpelCom and MTS) to entities allegedly beneficially owned by Gulnara Karimova, the estranged daughter of Uzbekistan's president. Investigations into the alleged bribery were launched almost simultaneously in March 2014 by the DOJ, the U.S. Securities and Exchange Commission ("SEC"), and Dutch, Swedish and Swiss authorities, with the U.S. authorities asserting jurisdiction on the basis that all three mobile phone operators have (or at the relevant time had, in TeliaSonera's case) depositary shares listed on a U.S. exchange.

Although those investigations are ongoing and no person or entity has admitted liability or been charged with any FCPA violation (all three companies are reportedly cooperating with authorities), that has not kept the DOJ from deploying one of the most powerful weapons in its arsenal: asset forfeiture. Under U.S. law, assets are subject to forfeiture to the U.S. if the government proves by a mere preponderance of the evidence that such assets were used to commit, or are the proceeds of, any violation of the anti-bribery provisions of the FCPA (or certain other laws) — even if the FCPA violation itself remains unprosecuted. In effect, this means that a bribe paid to a foreign official can be confiscated by the U.S. government, even though the official herself cannot be charged with a violation of the FCPA and even if no other person is ever charged with such violation.

Thus, last month the DOJ obtained a U.S. court order allowing it to seize $300 million in Belgian, Irish and Luxembourg accounts allegedly beneficially owned by Ms. Karimova that had already been frozen by the authorities of those countries pursuant to bilateral mutual legal assistance treaties with the U.S. And just two weeks ago, the DOJ requested that various European governments freeze approximately one billion dollars allegedly indirectly belonging to Ms. Karimova, as a precursor to forfeiture to the U.S. government.

In the second case, the New York State Department of Financial Services ("DFS") (which has concurrent jurisdiction with various federal agencies over banks doing business in that state, which is to say nearly all foreign banks doing business in the U.S.) has formally demanded that Deutsche Bank provide documents, emails and information concerning an alleged bribe offered to (not by) an employee of the bank's Moscow branch. The bribe, which was refused, was allegedly offered to induce the bank to resume "mirrored" stock trades that are themselves under investigation — by the DFS, the UK's Financial Conduct Authority ("FCA") and Deutsche Bank itself. Any documents and information recovered by the DFS can be expected to be shares with the FCA and with BaFin, the German financial regulator.

Finally, it was reported last week that the SEC has joined a two-year investigation by German prosecutors into allegations that two employees of Ford Motor Company's German subsidiary participated in an alleged scheme by eight employees of DB Schenker (Deutsche Bahn's freight division) and a Russian subcontractor to pay one around one million Euros to employees of the port of St. Petersburg, Russia, to speed the customs clearance and delivery of freight to the local Ford plant.

The details of the Ford investigation are not publically known and the reported allegations are unproven (Ford is cooperating in the investigation). It's reasonable for the SEC to investigate reports of questionable conduct, and ultimately the SEC may decline to pursue the matter. And yet the mere fact of the joint investigation yields several noteworthy points.

First, the FCPA's exception for facilitation payments — i.e., bribes paid to expedite non-discretionary service, which would seem to characterize the alleged payments to St. Petersburg port employees — is all but a dead letter in the eyes of U.S. regulators. (German law already lacks such exception) Second, the fact that the alleged conduct apparently involves only two non-executive employees of an overseas subsidiary of Ford Motor Company (the securities issuer actually subject to the SEC's jurisdiction) is irrelevant, due both to the FCPA's requirements that securities issuers such as Ford maintain accurate books and records, as well as the general tendency of U.S. authorities to treat U.S. parent companies as strictly liable for their foreign subsidiaries' conduct, even though the FCPA contains no such standard. And third, if historically it was more common to see non-U.S. regulatory agencies piggybacking on investigations led by U.S. authorities, in this case SEC officials may significantly rely on their German colleagues' investigation, thereby minimizing the use of their own resources to target a big company for relatively minor conduct.