In western Siberia’s Khanty-Mansiisk autonomous district, a Russian oil giant is about to get rid of the only person standing between it and a lake that is considered sacred by members of the indigenous population.

On Monday, the Surgut regional court held its first hearing into the case of Sergei Kechimov, a reindeer herder who lives near Lake Imlor in the Surgut region of the Khanty-Mansiisk district. Kechimov, a shaman for the local Khanty tribe, is charged with threatening to kill oil workers for Surgutneftegaz, Russia’s third largest crude oil producer, and faces up to two years in prison.

Kechimov himself denies the allegations of threatening the oil workers. According to Yevgenia Belyakova, coordinator of the Greenpeace Arctic program who visited the site and talked to the herder recently, he simply wanted them to treat the land with the respect it deserves.

Kechimov, 57, is the only person left living near the lake, which is considered sacred by the Khanty and a lucrative spot for oil extraction by Surgutneftegaz. In 2013, the company said one million tons of oil are deposited under its bed, Kommersant newspaper reported earlier this month.

Attempts by Surgutneftegaz to get permission to start exploring the deposits under the lake were met with protests from the indigenous population in the early 2010s, Znak.com reported in 2013, but eventually the company’s management reached an agreement with the governor of the region in 2012, and oil wells started to appear around the lake.

Bit by bit, the locals moved away, leaving Kechimov the last man standing — and the last man throwing a spanner in the wheel of the oil giant, loudly complaining to company workers about oil spills and pollution of the lake, and berating them for fishing in it.

His supporters say it is a textbook case of a powerful industry’s interests prevailing over ordinary people’s lives, and that the criminal case against him has an obvious goal: to eliminate the only obstacle stopping Surgutneftegaz having the lake completely to itself. 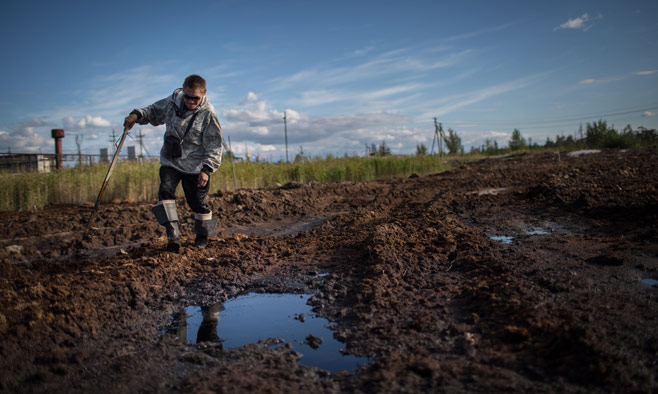 Kechimov just wanted the process to be safer for nature, "because oil spills can ruin the land for several generations."

Guardian of the Lake

Kechimov was born near the Imlor Lake into a family of Khanty shamans, according to Kommersant. He has lived there for decades, having no one but his family to talk to, and mostly spoke the Khanty language, while having a poor grasp of Russian.

The Khanty people consider him to be the guardian of the lake: He is supposed to look after it, keep it clean and protect it from any kind of damage, the website of the International Work Group for Indigenous Affairs (IWGIA) human rights organization reported last month.

When the oil wells started surrounding the lake, destroying the natural ecosystem that supported the life of the local Khanty people, including their cattle pastures, most of them left, and Kechimov’s household was eventually the last inhabited residence, the report said. In exchange for financial compensation, the other residents allowed Surgutneftegaz to use their land for oil extraction.

Along with the oil wells, Surgutneftegaz employees put up small hunting lodges near the lake and brought dogs to the area, Maria Favorskaya, a spokeswoman for Greenpeace, wrote in her blog on the Snob website in June.

Those actions violated the legislation that regulates life on tribal sites and territories for so-called traditional natural use, the IWGIA report said.

Last year, one of the dogs attacked Kechimov and his reindeer, he told Greenpeace activists who recently visited the area.

The shaman shot the dog. The IWGIA report says it is legal to kill stray dogs and cats hunting in the woods.

“He [the police officer] didn’t show me any documents, just the stars on his shoulder-straps. He gave me a piece of paper to sign, and I signed it,” Kechimov was cited by Kommersant as saying earlier this month.

The “piece of paper” turned out to be a written confession saying that the herder had threatened to shoot two oil workers, but Kechimov, with his poor Russian, had no idea what he was signing, Alexei Verkhoglyadov, Kechimov’s lawyer, told The Moscow Times on Tuesday.

“He thought it was all about the dog he had killed, but it turned out not to be about the dog at all,” Verkhoglyadov said in a phone interview from Khanty-Mansiisk.

Together with the confession, the shaman signed a document stating he didn’t need a translator, but again, he didn’t understand what he was signing, the lawyer said.

It is Kechimov’s constitutional right to be provided with a translator during legal proceedings, meaning his right to a proper defense was clearly violated, Verkhoglyadov said.

That violation is serious enough to remit the case for further inquiry, according to Verkhoglyadov, who raised the motion in a court hearing on Monday. On Tuesday, the judge overruled his request.

The lawyer plans to put forward the motion once again with more evidence — according to him, several other violations were committed during the course of the investigation.

Returning the case to the prosecutor’s office for further investigation and then destroying it is the main strategy of the defense, the lawyer said, because there’s not much hope for an acquittal in court.

“Look at the statistics for sentencing in Russia — [acquittals constitute] around one percent of all the sentences,” Verkhoglyadov told The Moscow Times.

The plaintiffs — the Surgutneftegaz oil workers who claimed Kechimov threatened to kill them — failed to attend the hearing on Monday, and even court marshals couldn’t locate them, he said.

Surgutneftegaz spokespeople declined to comment on the case to The Moscow Times, saying Tuesday they couldn’t comment on a lawsuit filed by private individuals rather than by the company. 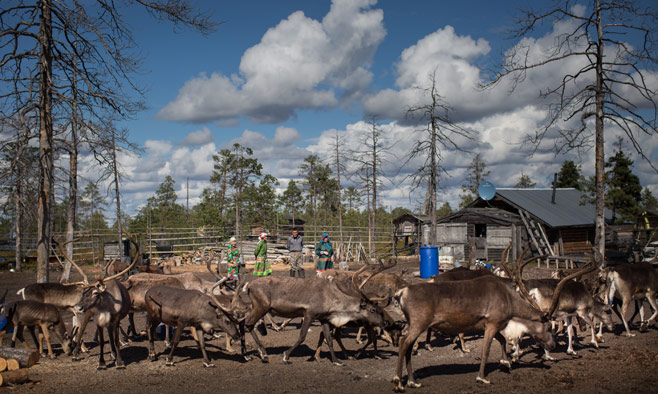 When the oil wells started surrounding the lake, destroying the natural eco-system, Kechimov's household was eventually the last inhabited residence.

Confrontation with indigenous peoples is a common thing for major oil companies starting to explore new territories, said Greenpeace’s Arctic program coordinator Belyakova. Under Russian law, there is nothing to stop them ignoring the interests of the indigenous population and damaging areas the latter have been living in for ages, she added.

“Oil extraction inevitably leads to oil spills,” and that’s not the only problem, she said in a phone interview. “Oil companies start putting up wells and pipelines wherever they want, they build roads that block natural streams. And they don’t have to coordinate with the locals. They don’t ask the locals where they want the pipes or the road to be,” she said.

On Lake Imlor, it wasn’t the wells themselves that bothered Kechimov; he just wanted the process to be safer for nature, Belyakova said, “because oil spills can ruin the land for several generations,” and he took his title of guardian of the lake very seriously, the ecologist said.

Eventually, Kechimov became a constant nuisance for the company.

“He complained a lot to the management about the spills and the garbage oil workers left around, and requested a lot of compensation for his land,” unlike the other locals who had given their property up for relatively small amounts of money from Surgutneftegaz, Belyakova said.

His relationship with the oil company was very tense, so it was only natural for the company to want him gone, and the criminal case would achieve that, she said.

“It is the consequence of both the oil workers and the company’s management arrogantly thinking they are the masters of the land, not the indigenous people,” Belyakova said.

Moscow mayor Sobyanin on Saturday announced a 'non-working' week in the Russian capital to curb the spread of coronavirus infections amid a slow vaccination...
russia's response

Trevor Reed was diagnosed with coronavirus and hospitalized after his condition worsened.