Contribute Today
By Maxim Novikov
June 16, 2015
The Employment section did not involve the reporting or the editorial staff of The Moscow Times. 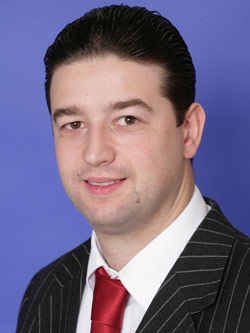 Ensuring compliance with Russian migration law has become a focus area for many businesses in the last couple of years. Increasingly, the Russian government is controlling the migrant flows coming in to Russia to work on short-term and long-term projects. Although the government is primarily defending the interests of Russian citizens in their local labor market by attempting to give them priority in the search and selection of new employment vacancies, it has also developed a number of options to attract foreign workers to Russia that carry clear benefits for both employees and employers.

One of the most recent examples relates to foreign nationals classified under a visa free regime with Russia. In January 2015, work permits and quotas for work permits for foreign nationals from visa-free countries were cancelled, and replaced with a system that requires these employees to obtain licenses before they take up employment with companies, individual entrepreneurs, lawyers or notaries. The benefits for employers of this new licensing system are significant reductions in the bureaucracy involved in issuing work permit quotas to foreign workers.

Under the old system, in order to gain work permits for foreign workers for the following calendar year, an employer had to apply to an interdepartmental commission to have their claim assessed, and then wait a few months before the final decision confirming the full or partial granting of quotas was issued. Sometimes applications were partially or completely refused, despite the number of foreign workers in the organization remaining the same as in previous years. Additionally, when putting together applications on the need for a foreign worker, organizations had to 'guess' the nationality of the people they would need, which clearly did not work in practice.

However, if not controlled properly, the new license-based system could lead to imbalances in local labor markets. For this reason, each region of the Russian Federation now retains the right to suspend the granting of licenses on its territory following a preliminary analysis of the local market, in which the ratio of foreign to Russian workers in a particular sector of the economy is compared.

In parallel with abolishing the quota mechanism, new requirements have been added. Before license applications are filed, foreign nationals must pass a comprehensive Russian language, Russian history and Russian legislation exam. This exam must be passed by foreign nationals who do not have basic Russian state education certificates issued by a state institution, or an institution of the USSR before 1 September 1991, or certificates issued to those who passed the Russian Federation's final examinations after 1 September 1991. Educational institutions in each region of the Russian Federation have been authorized to run the exams. Foreign citizens who pass the exam receive a certificate awarding them the right not to face the exam again for another five years when obtaining another license.

The license system also provides tangible benefits for the Russian government, by increasing Personal Income Tax (PIT) payments by foreign workers to the state budget. It is no secret that some of the income received by foreign workers has for a long time been hidden in the shadows by dishonest employers who have been bringing staff to Russia without permits or proper employment contracts. Foreign workers using licenses will be required to make fixed PIT payments, calculated using the 'coefficient-deflator'. In Moscow, fixed PIT payments will be around RUB 4,000 per month, making the annual PIT payment by a foreign worker RUB 48,000.

As well, the Treaty on the Eurasian Economic Union (EEU) gives employers increased choice, especially when hiring from visa-free countries. Workers from the Republic of Belarus, Kazakhstan and Armenia require no license to work in Russia. All that is required is an employment contract with the employer. Kyrgyzstan recently also joined the EEU, and after all the parties have passed the appropriate legislation, citizens of the Kyrgyz Republic will also be able to work in Russia without applying for a license.

In addition to the licensing system for foreign nationals from visa-free countries outlined above, it is worth remembering the existing options for attracting foreign nationals that have already been successfully used.

First, there is the Highly Qualified Specialist (HQS) option. Hiring a foreign worker with specialist skills who meets the HQS criteria guarantees that the employer spends no more than 14 days working on issuing a work permit (as opposed to two-to-three months for ordinary permits). There is no quota mechanism controlling the number of HQS visas issued. By attracting an HQS employee, employers reduce the amount they pay to non-state budget funds, while the employee from the first day of work pays a PIT rate of 13% without having to wait, as other visa categories require, for tax residency.

In addition to HQS personnel, it is also possible to hire qualified employees without quota restrictions from foreign commercial organizations that are registered in states that are members of the World Trade Organization, and which operate in Russia via branches, representative offices or subsidiaries.

Employers should also be aware of international treaties concluded with France and South Korea, allowing work permits for the citizens of these countries to be drawn up in a simplified regime.

In sum, there is still a wide selection of choices for employers seeking to attract foreign labor to Russia, despite the current political environment. The recent changes grant employers more leeway to obtain work permits and avoid the administrative barriers that used to exist.