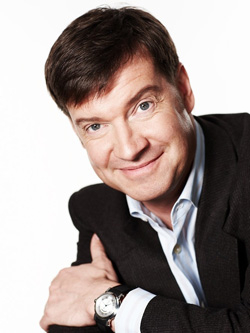 In the current economic climate not a day goes by without mention of the word "crisis" somewhere or by someone. It seems that the "C" word is everywhere and firmly set in the public consciousness. Although we use it now to denote a disaster, especially with regard to the economy, its roots lie in the general sense of a "decisive point"—essentially an event which requires a decision to be made.

Many companies determine their culture internally as a response to what is taking place externally and believe the two to be inextricably linked. At Business Relations, we believe that the internal corporate culture and the external geopolitical situation to be separate entities. Corporate culture should not be influenced by what is happening outside the company. In fact, the right corporate culture can actually influence the external environment. There are always companies and individuals who survive and even thrive when the economic or political situation is causing others to go out of business.

The effectiveness of any area in work or in life can be determined by three key factors: knowledge, skills and attitude. I will illustrate these three elements by way of a story about a recent trip I made to China.

We were staying at an "International Hotel" where nobody spoke English. Our room was on the no-smoking floor. There were several large signs saying "No Smoking." Despite this, it didn't stop the hotel personnel, who had a staff room across from ours, from smoking. They were also drinking, talking loudly and generally having a great time, while we struggled to sleep even with earplugs. 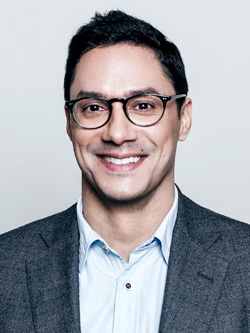 Now if you were to ask them about whether they knew how to treat guests, I have no doubt that they possess knowledge of the rules and guidelines of how exactly they should treat guests. I am certain as well that they have the skills to behave accordingly and carry out their tasks. However, the attitude shown was certainly not in integrity with their skills and knowledge. This was definitely a discord between thoughts, words and actions. This inconsistency is apparent in many companies. What is said and thought is not aligned with the actions taken.

What tends to happen with companies is that they re-act to situations. We believe our re-action is caused directly by an external stimulus. In fact, this is not the case. There is a preceding stage which is concerned with how we perceive the stimulus and our attitude towards it. The process is: stimulus, perception and attitude, and then re-action. Therefore, once we become consciously aware of how we perceive a situation and our attitude toward it, rather than just re-acting automatically, we can choose to be pro-active in our response to the stimulus.

Let's apply this to the word "crisis." Most people's standard reaction is one of fear and uncertainty, which generally leads to rushed decisions, irrational behavior and potentially dire financial consequences. Companies with a well-established corporate culture and strong attitude tend not to simply re-act, but continue to act in alignment with their core values, which were present before the current economic situation and will be present after it. In business terms, a re-active approach is not effective; a pro-active approach will yield greater long-term success.

The external environment is constantly shifting and will be never be entirely predictable. By instilling a corporate culture based on an attitude of partnership, openness, acceptance, sincerity, honesty and integrity, a 'crisis' can be seen as an opportunity as opposed to a catastrophe.

Everything that we do is a choice. The only thing that separates effective businesses from ineffective ones is how they perceive events and the attitude that they show toward them.