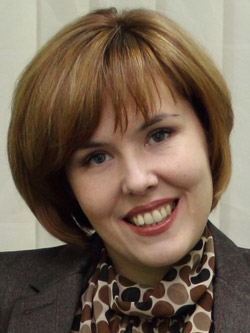 The current tough economic situation influences social and labor life in Russia. Human resource trends of 2015 depend on the Russian economy, which nowadays is not in the best position due to falling global oil prices, Western sanctions and the conflict in Ukraine. It's not easy to be an optimist in such a situation, but one's crisis is another's opportunity. Despite stagnation and reduction of business in certain regions and sectors, others are dynamic and experiencing an increase in activity.

Some experts predict the Russian labor-market won't fall in 2015, but rather it remains stagnant. On through 2016 professions such as sales managers, engineers, IT specialists, and industrial personnel will remain in demand. The attraction of these professions relate to salary, career development and interesting projects. Today a lot of vacancies are "on a freeze", but the need for good specialists is high at any time.

At the same time, according to publications of "The total level of unemployed in Russia," unemployment has increased at 7,8% over the month between December 1, 2014, up to January 1, 2015 (see Rabota.ru).

However, most of experts have no serious concerns regarding Russia's Far East (for example Sakhalin). Currently in Sakhalin there is very low competition for any job openings.

Regional authorities in their turn are giving support to local employees. One of the social support measures implemented in 2014 was an increase to quarterly payments for those who had worked more than 40 years in Northern areas (up to 1000 RUB from 652 RUB). Last year more than 24 000 citizens received this state sponsored benefit.

The situation in the North-West is not so optimistic. At the meeting of the Government of St. Petersburg on 17.02.2015 it was disclosed that more than 600 companies announced plans to cut staff over the next six months. The expected number of newly unemployed in September 2015 will rise to 15,000 people. At the same time, a lot of companies restructure staff by dissolving labor contracts with employees "by mutual agreement," and such data is absent from the official statistics. For the record, currently about 1,400 people weekly become unemployed. However, according to the City labor Exchange, there are about 80, 000 open positions at the job bank.

Apart from official statistics, it is important to remember that periods of instability in the Russian labor market also experience "hidden unemployment." The fact is that many businesses have been affected by the low ruble rates, which led to a decreased volume of goods turnover. A tool for enterprises to combat the increase of lost revenue is to transfer employees to a part-time work regime. At the same time, employees can demonstrate loyalty to their employer and not to resign from work in expectation that the situation may soon change for the better.

It takes a very long time to fill a vacancy. For example, candidates for senior-level positions may spend on average 7-9 months — a time frame unchanged since 2014. Also we are seeing increasing competition among candidates at all levels. For companies that used to select employees carefully over a long period vacancies are either held or simply closed due to a redistribution of responsibilities to existing staff.

As for wage indexation many companies have decided to postpone traditional indexing to a later date. The organizations that have made a positive decision on this issue are increasing wages on average by 5.5%. The maximum level in St. Petersburg, known to our company, amounted to 9%.

In spite of the common trend towards sanctions from abroad and low oil prices, the key economic branches of the Urals will continue to develop. According to the City Administration, there will be more new hotels, restaurants and cafes, warehouses and business centers in Yekaterinburg this year.

Nowadays the external economic policy of the Sverdlovsk regional government is to diversify international relations. The emphasis is not only on keeping relations with traditional partner countries of Europe, CIS and South-Eastern Asia, but also to find new markets in Latin America, Africa and the Middle East.

• At the moment companies are increasing demand. Employers have the opportunity to choose candidates. Employees benefit from work and regular salary.

• As usual there is high demand for highly focused specialists, such as designer engineers, commissioning engineers, IT specialist, insurance agents and human services personnel. Such professionals expect high salaries and are very difficult to find. Among candidates in HR and logistics there is still high level of competition.

• The most attractive for candidates are vacancies in sales, logistics, and purchasing. For every one vacancy there are 4 candidates and the average salary is 30,000 RUB. Other popular vacancies are office-manager and secretary. The competition for these jobs is three candidates per vacancy and salary is about 15,000 to 25,000 RUB.

• The amount of migrants competing with the locals is declining.

There will be no wider tendency for increasing salaries. Any sort of salary increase or added benefits will be on individual basis.