Below is an excerpt from Vladimir Kozlov's latest book "USSR: Diary of a Perestroika Kid" about his life growing up in the industrial Belarussian city of Mogilev. The book has been translated by Andrea Gregovich and is published by Fiction Advocate.


There were five minutes left of the polit-info session they made us sit through after school once a week. I was drawing a car in the margin of my Pioneer's Pravda newspaper. Lozovskaya was reading a speech from her notebook:

"For the money it costs to construct a single submarine, half a modern chemical complex could be built, and for one fighter jet, half of a city for one hundred thousand people."

"Excellent, Tanya" said the teacher. "Very well prepared, everyone should follow your example. Can you see what happens in the world? You must never forget about this, not for a single moment.

The threat of nuclear war is one of the biggest threats humanity faces today." 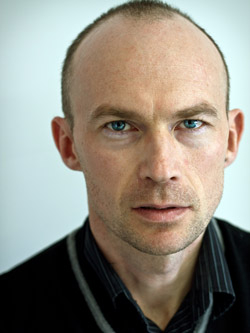 I looked up from my newspaper and glanced out the window. Kids from the after-school program were running on the asphalt. Two of their teachers were standing by the flagpole. The shop teacher Vladilen was loading lumber into the trunk of his Moskvich.

Sitting in the nurse's office, his mouth open out to his ears, was Shestakov from A class, since all students were getting dental work at school this week. They said our class would get our dental work on Thursday.

Natasha and Mama were sitting at the big table in the living room. Natasha was doing her homework and Mama was grading notebooks. For Mama it was teacher's planning day. She didn't have to go to school.

"Is it true there might be a nuclear war?" I asked.

Mama raised her head and looked at me. "It could happen," she said.

"Well, we shouldn't say such things. People are fighting for peace, you know, against the arms race."

"But all the same, we could die," said Natasha.

"For some reason I don't think about it," she said.

"I don't know. If everything and everybody dies it's not scary. Alright that's enough about that. Better go wash your hands for dinner. I just warmed up the cabbage soup."

I grabbed the green sauce pot from the stove, ladled myself half a bowl, and threw a few pieces of potato back in the pot. Then I opened the refrigerator, took out a liter jar of sour cream, took off the lid, put one spoonful of sour cream in the cabbage soup, and then another. The spoon left a yellow imprint in the sour cream.

Mama was talking to Natasha in the living room. "There should always be a certain degree of flexibility. It's school, not the army. Yes, I was the teacher on duty, but I can't keep my eyes on every single one of them. It's always possible that one is going to run off, it's first grade after all. They're fresh out of kindergarten. They can't walk around in lockstep all the time. They're still not used to it, they don't understand. What good is it to reprimand me over this?"

"Ma, you shouldn't take it all so seriously," said Natasha.

"Don't take it personally. You get frustrated over every little thing."

"But what else can you do? Resign? Transfer to a different school?"

"You think it won't be like this in a different school?"

I was sitting on the chaise lounge in the nurse's office waiting my turn for dental work. The dentist — a fat lady — was drilling Kutepov's teeth. He jerked around in the chair and whined. The dentist turned off the drill and bellowed at him. "Are you a moron? Why are you twitching? You want me to slice up your whole mouth?"

I sat in the chair and gripped the armrests. My heartbeat sped up. There were pieces of bloodstained cotton in the spittoon.

"Open wide. How am I supposed to see when you're like that?"

I opened my mouth as wide as I could.

She started poking around in my mouth with a metal pick.

"Are you finished? You aren't going to drill anymore, are you?"

The dentist pressed on the pedal with her foot and the drill began to spin again. I clamped down on the chair. She shoved the drill in my mouth so fast I barely managed to get my tongue out of the way. The pain came right away. I gripped the armrests hard.

"That's it, you're all finished. Don't eat for two hours. Next."

I got up from the chair and went out in the corridor. A tenth grader was brushing her hair by the mirror across from the cloakroom. I'd seen her a lot around Worker's. She was always with a guy named Red who had finished school the year before.

"Did you have to get dental work?" she asked.

"I refuse to go in for my dental work, I hate it. I hate dentists. And gynecologists," she said. 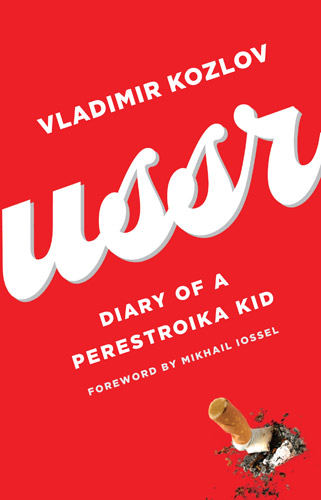 Gym was our last class. We took turns jumping across the pommel horse and landing on old tarpaulin mats. On the long wooden benches sat Korsunova, Tarasevich, and Lozovskaya, who were all excused. Timur Nikolayevich stood opposite the pommel horse in a black running suit.

We took our last turn jumping.

"Everybody, get the horse and the mats out of the way. Basketball time. First girls, then boys."

"Why are they first?" yelled Kravtsov.

Timur didn't answer. He went in his office and brought out a basketball.

"Line up! Count off one-two!" he yelled at the girls.

The guys dispersed to the benches.

The game was over. We went in the locker room, all damp with sweat. The team I was on won twenty-one to sixteen. Kuzmenok pulled off his blue T-shirt and sat on the bench. Kirillov was changing clothes across from him. He already had his shirt buttoned. Kuzmenok got up and grabbed Kirillov by the collar right at his throat.

"How come you elbowed me?"

"Under the hoop when I passed to Tolik."

"Are you messing with me? Come on, let's settle this."

Kirillov looked silently at Kuzmenok. Kirillov was bigger and taller, but scared. Almost all the guys were scared of Kuzmenok.

"Well then, let's finish what you started, or are you pissing yourself?"

Kuzmenok punched Kirillov right in the gut, in the nose, then kicked him twice. Kirillov cowered crying on the bench. Kuzmenok took his shirt from the hook. The top of his collar was ringed with dirt.

"USSR: Diary of a Perestroika Kid" can be bought on Amazon.

fun in the sun

Russians across the country are soaking up the summer.
looking good

Zasursky headed the department for 42 years and is considered the "father" of post-Soviet journalism.