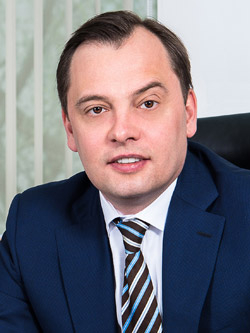 Over the course of the past few years, the commercial real estate market has witnessed stable growth, the emergence of new formats and a substantial improvement in the quality of project development.

In 2014 the market encountered some significant changes: complications in the geopolitical situation, lower oil prices and the devaluation of the ruble. Despite the lack of any major negative events to date, many analysts note a slowing of business activity on the market compared to the previous year.

When assessing the possible implications it is important to take into account the fact that the commercial real estate market is largely driven by inertia and is more likely to react to sustained trends than to temporal fluctuations. This means that the market's prospects will depend of the length of this period of uncertainty. Today many players have taken a wait-and-see approach until the situation clears up and the new rules of the game are fully understood.

What we can expect in the near future is a potential decline in the activity of Western players, who traditionally play an important role in the Russian commercial real estate market and who largely formulate demand for Class A properties. This may be driven in part by the recent downward revision for Russia's growth outlook in 2015 and the continuing instability in the international political environment. Analysts are already reporting that some corporations are revising their development plans for Russia.

At the same time, over the past few years we have observed heightened demand for quality properties from Russian companies as well as the appearance of new large-scale projects in Moscow and the regions. For example, in November of this year our company began work on the construction of a 40,000-square-meter shopping center in Obninsk, and we have signed a number of contracts for implementing major office projects. This indicates that the market is not coming to a halt and new sophisticated projects are being launched. However, in such an uncertain and increasingly competitive environment, we will see higher expectations for a property's concept and quality. In part this will be driven by the fact that banks will be very cautious about lending, and only the projects which have great commercial appeal will receive financing.

In this sense it would be useful to recall the experience of the crisis of 2008-2009, which revealed a number of fundamental problems in the commercial real estate market. At that time a large number of projects were frozen in part because of poorly developed economic concepts which were out of touch with the reality of the market and did not adequately take into account possible risks.

Furthermore, in 2008-2009 many companies turned out to be insufficiently prepared to handle the economic crisis, which led to substantial economic losses or even bankruptcy.

In order to successfully withstand negative events in the economy, which have always occurred and will continue to occur, it is important to create an effective system which takes into full account the cyclical nature of economic development and various scenarios for the development of the political and economic situation in the country. It was the existence of this sort of system along with a long-term development strategy which allowed our company to relatively painlessly get through the crisis in 2009: we managed to maintain our pre-crisis growth and retain our human capital, which is particularly important for us. An optimistic outlook on changing market dynamics always makes it possible to see new opportunities for business development, to search for the most promising formats and the most effective management mechanisms.