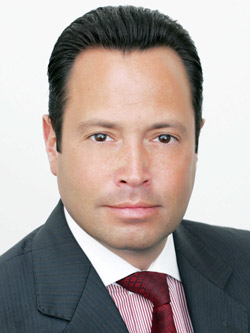 As they plan their winter vacations, many upper-middle class Russian households are likely to feel a chill running down their spine akin to the one experienced when stuck on a ski-lift in soggy gear at minus 10 degrees Celsius. Indeed, the bill for swishing down the slopes in popular winter destinations such as the Alps has suddenly become heftier for ruble-toting tourists.

The last 18 months saw the ruble to euro FX rate plummet by over 40 percent. The movement is a deep trend which started with the end of quantitative easing by the U.S. Federal Reserve back in May 2013, affecting all emerging market currencies. But the depreciation only intensified in 2014 with further blows specific to the Russian currency, such as the Ukraine crisis, sanctions and, finally, the drop in the price of crude oil.

As the ruble depreciated, so has the relative purchasing power of Russian tourists abroad, to the chagrin of all parties involved. The predicament of the local currency begs multiple interesting questions for the Russian hotel industry: could it be an opportunity to boost snow and mountain hotel tourism in Russia? If the Ivanovs don't go to Méribel this winter, are they ready to try out Sochi? Is the Russian ski resort hotel industry capable of accommodating new clients in a short timeframe, and most of all, entice them to keep on coming back?

On the face of it, the situation seems like a golden opportunity, and some cynics point out that the government would be quite content to see Russians spend their salaries in Sochi rather than abroad, providing an indebted municipality with a welcome infusion of cash. Things are not that simple, unfortunately, and there are a few hurdles ahead. 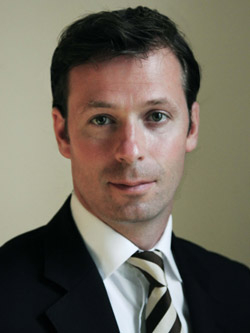 The first problem is price. Even though there is an over-supply of accommodation in Sochi as a result of the Winter Olympics-related building bonanza and rebates on hotel rooms should abound, skiing in the mountain cluster, located 40 kilometers from the beaches, remains relatively expensive and does not yet provide the value for money one would get in Europe. A big part of the price tag is attributable to the high cost of flights from Moscow and St. Petersburg, but as the market matures and low cost operators enter the market, prices should fall, albeit not overnight.

According to Horwath HTL Russia, an international hotel business consultancy, there are now about 9,000 branded (i.e., international standard) hotel rooms in Sochi, with another 1,500 coming online in the next five years. But if there is over-capacity in the coastal area of Sochi, it remains to be seen for now what the occupancy rate will be in Krasnaya Polyana, especially in the high season in January. The slopes are a 30-minute train ride from the coast and there is no doubt that most skiers will want to avoid the daily commute. However, the number of available branded rooms in Krasnaya Polyana (Rosa Khutor, Gorky Gorod and Laura) is only around 1,800. That's approximately the capacity of one mid-sized alpine resort. If Russian skiers, including government employees who are currently discouraged from travelling abroad, flock to Krasnaya Polyana, the rooms will quickly fill up. This would be great news for local hoteliers, but prices are even less likely to go down in the near future.

The second problem is that Russian alpine skiing tourism is still in its infancy and the general infrastructure, beyond hotels, has yet to be developed or upgraded so as to be able to compete with European resorts. The capacity of Russian alpine skiing facilities has certainly expanded with the legacy infrastructure from the Winter Olympics, but there are still only a paltry number of total ski lifts in the country: about 414, i.e., approximately as much as in Finland or Spain, far from the alpine behemoths (3,595 for France, 3,028 for Austria or 2,127 in Italy).

Major developments are under way however. "Northern Caucasus Resorts" is an ambitious government-backed 53.2 billion ruble project to construct a cluster of ski resorts in the war-torn North Caucasus. By 2022 the plan is to create a total of 1,100 km of ski slopes with up to 230 ski lifts, for a throughput capacity of over 172,000 tourists per day, housed in 11,000 hotel rooms. Recent budget constraints and regional political volatility could hamper some parts of the project, but even building a third of it would be a significant development.

What is the outlook for international investors and operators? It's true that today there is more talk of capital flight than incoming investment. Bank financing for major projects has all but dried up. Nevertheless, investors with enough equity can find excellent opportunities at discount prices and the Russian ski resort segment has great potential for growth. It's true that development cycles in the hotel industry are very long. Current ruble weakness and the fact that certain Russian skiers may forego European destinations for local ones this season will not immediately translate into a flurry of transactions. But it deservedly puts the spotlight on a largely underdeveloped segment of the market, and it serves as a timely reminder to Russians that there is plenty of snow at home.