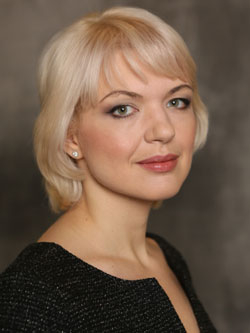 In recent years, the Russian government has allocated funds for the federal target program "Development of Domestic and Entry Tourism in the Russian Federation (2011-2018)" and also made substantial investments in Russia's unique resorts. The development of the tourist cluster in the Northern Caucasus is one of the largest state initiatives, based on the understanding that significant measures should be taken to meet the huge demand for affordable recreation in Russia. The first project, the year-round mountain resort Arkhyz, is currently under development by the "Northern Caucasus Resorts" state corporation. It is expected to host more than half a million visitors in 2035.

By initiating the tourist cluster development, then-President Dmitry Medvedev intended to stimulate economic growth in the areas negatively affected by the armed conflicts of the 2000s. Tourism development creates thousands of jobs, increases interest in local culture and history, sets new standards of service, attracts hotel and retail developers, and creates centers of social and cultural activities. International experience demonstrates how flourishing a region with a well-established ski resort can become. Whistler Blackcomb and Les Trois Vallées, two examples of the world's largest resorts, became successful thanks to well-planned development strategy and coordinated work by regional authorities and private developers. 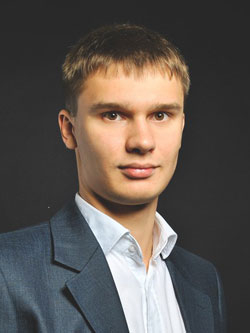 Les Trois Vallées, the largest ski area in the world, is located in the French Alps. In the mid 1930's the French Commission of Tourism looked into the options to create a world-class ski resort and eventually identified the area as having the potential. Meribel Les Allues was developed in 1939, adjacent to the traditional hamlet of Morel after the first lift was implemented in Les Allues in 1938. Further development plans were put on hold during the war, but in November 1945, as a means to leverage tourism to stimulate regional economic vitality, the Savoyard General Council voted to build a ski resort in which they would have complete control over the terrain in order to control the development and limit future land speculation. They purchased all the land above 1,800 meters with the concept of reselling it to private investors who would develop it to a specific master plan. Thus, Courchevel was developed from scratch and not around an existing village, and as such, it was the first purpose-built ski area with the unprecedented vision of having all the residential areas being ski-in/ski-out, and the ski area being retained as pristine and natural. With the 1992 Winter Olympics in nearby Albertville, Les Trois Vallées received a significant boost from the French government and provided worldwide exposure.

Since its inception in the 1910s, Whistler, nowadays one of the most popular resorts in North America, was a tourist destination. In the beginning, it comprised several small hotels near Alta Lake. In 1960, Canadian Olympic Association chose Whistler Mountain to be a place for the Games. Although the bid was not successful then, the ski resort started to operate. It quickly gained popularity and for its further expansion the government built a village in the valley between Whistler and Blackcomb just 4 kilometers from the overdeveloped Alta Lake. The general plan of the village was developed by Eldon Beck, an experienced ski resort architect. To this day, the village retains this basic design in spite of dramatic expansions, and has won worldwide acclaim in architecture circles. In preparation of the 2010 Vancouver Winter Olympics, a large investment was made to improve the road infrastructure between Vancouver and Whistler. This upgrade not only made the connection between Vancouver and Whistler faster but also transformed the dangerous mountain road into a safer highway. Despite its presence as one of the most established mountain resorts in the world, Whistler continuously endeavors to maintain on-going investment in mountain infrastructure. This ensures that it never stands still and remains competitive with alternative mountain resorts.

Arkhyz was chosen to become a flagship project not only because of its beautiful nature and mountain profile, the older generation's recollections of spending good time in numerous local sanatoria and tour camps, but also thanks to its well-known name, the same as the popular local mineral water. Government support, favorable natural conditions, an integrated approach, a historical reputation and well-recognized name definitely contribute to the project's success. Still, a landmark project such as a ski resort reveals a number of tricky questions.

The first and foremost is an accurate estimate of demand. There are no official statistics shedding light on the number of Russian skiers, so a calculation of potential attendance becomes a non-trivial task. International experts estimate that the number of skiers in Russia varies between 2.5 and 3.5 percent of the Russian population, and the only domestic source, the federal target program on tourism development up to 2018, indicates a more conservative number of 1.7 percent. Another aspect that should not be ignored is that immediate realization of the whole project may lead to a large number of cold beds and empty slopes, as demand tends to gradually increase together with resort development. This effect is typical for all Olympics facilities and is an inevitable cost of the Games. In several years, operators usually find ways to attract people to the Olympic legacy properties, but in all other cases, the developer simply cannot afford it. Bearing this in mind, the Arkhyz project team planned several development phases, and all villages are planned with reserves for later expansion, like in Whistler Blackcomb.

Another question is access. Most international ski resorts are accessible by car within a two-hour drive. The Caucasus Mountains are located further from the nearest airport in Mineralnye Vody. Would customers accept such an inconvenience? A new airport would make Arkhyz more attractive for visitors from distant cities, including cities in Central Russia, but such a decision has not been made yet.

The third question is seasonality. The ski season in Russia does not last long, hardly exceeding 20 weeks. At the same time, an overwhelming majority of Russians take their winter vacations during the two weeks around New Year and Christmas. In large international resorts, this is mitigated by different national calendars, so peak demand is stretched from early December to late January. Similarly, in summer most Russians prefer taking vacations in the second half of July and early August. What can a resort operator in Russia do with unified national calendar for 140 million people? How can year-round occupancy be achieved? The goal of Arkhyz commercial strategy then is to reach the widest possible range of social groups via a flexible price policy, attractive packages and ongoing year-round entertainment programs.

Staffing is last, but not least. There are few specialists on pistes preparation, ski lift maintenance, and not an insufficient number of certified ski instructors in Russia. A modern resort would also require qualified rescuers, experienced mountain guides, doctors, maids, cooks, cleaners, and many more staff members. How and where can one attract this staff, organize their training and living in the resort or nearby, what should the staffing schedule be in high and low seasons? Northern Caucasus Resorts has prepared a series of educational events in universities of Sochi and Northern Caucasus federal district. Among other measures is planned staff accommodation in a nearby village. Still, the resort developers are only at the beginning of a long road.