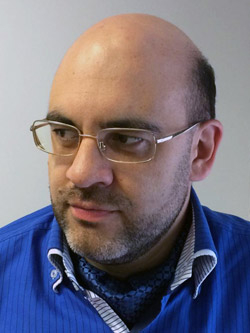 Moscow’s autumn this year is spectacular. Truly a sight for a Muscovite’s sore eyes: trees aflame in every hue and shade, crisp morning air and the warm rays of sun redolent of summer days. Right after the central heating has kicked in, it’s almost unbearable to sit in a utilitarian office, doing figures or crafting a presentation. It feels like a perfect time to go out and take a walk, if only as far as the next recruitment company’s office.

Why not? The labor market feels fine this autumn. Fine is a relative term, of course. In the ailing economy, where labor availability is at its lowest (unemployment is at 4.8% in August according to Rosstat) and productivity grew only by 1.8% in 2013 (also Rostat), it comes as a surprise that no recruitment freezes have been declared. Several redundancy plans have been publicly announced, but the numbers are far from an all-out crisis. Indian summer is here?

Of course, all the structural problems of the labor market have not been resolved or even addressed. The principal growth driver for any economy — cheap and available labor — is over the horizon. Education system has not adapted to what businesses require in the least. The entrepreneurial spirit is being exorcised by political establishment. Creeping monopolization wipes out competition and while providing vacancies severely lacks in challenging opportunities. For many middle-sized and small organizations the biggest challenge is to stay afloat. “All so very familiar and tedious”, you’d say and be mistaken. It is true that the bird’s view on macroeconomic circumstances reveals no conspicuous change. But dive closer to the ground, and you’ll see a landscape that’s turning more bizarre by the day.

Have you heard of a “positive hold” and “unsure job offer”? The former term refers to a situation when a job applicant has managed to impress all parties involved but the hiring decision is never actually taken. There is no specific reason for a refusal, so the candidate is plunged into a limbo with a few encouraging words. The latter term is not a preliminary or provisional offer, as one might expect, it’s something that is given to a candidate only to be revoked “on second thoughts.” Never mind if the candidate already accepted. See the ramifications? It looks as if war for talent is increasingly against it.

The tales that candidates bring back from corporate battlefields are baffling and strange. How would you feel if after several stages of interview you were offered a job for a lesser salary than you currently receive? Now, imagine this happened to you twice in the past month. Shell-shocked is probably the most accurate description. What if you were promised the job offer, but it’s been waiting the signature of some boss for close to two months? How would you feel if your organization decided to mourn the loss of profits by actually prohibiting smiles and laughter at the working place?

Upon infringement, a properly trained boss figure would spring up and scold you vociferously. These non-standard hiring and people management maneuvers are on the increase, which is suggestive of what actually goes on in the corporate governance dimension of the national economy.

Where managerial talent lacks, all kinds of bureaucracies thrive. When goals are hazy or non-set, priorities are fiction; and decision-making process is simply a sham. Efficient management implies informed decisions taken fast and implemented resolutely. However, in corporate reality, appearances rule over substance. The art of avoiding responsibility is honed to perfection and compliance triumphs over expediency.

Compliance is important, but it’s also a perfect excuse for lack of initiative. Macroeconomic uncertainty creates a sense of frustration within management, falling revenues provoke panic, and there you have a new management style emerging: a dominant drone. Those accustomed to creating well-functioning structures leave to pursue their respective motivations, while the dominant drones are pushed to the forefront and entrusted with improving operational efficiency.

With flying banners they leap over logic, ignore outdated routines and lead the attack on what loose ends they can spot. They tend to intuit things rather than rely on solid research. Their poor understanding of what makes business efficient leads them to control discipline rather than stimulate initiative. In effect, you have a stifling atmosphere of rigorous routine and professional inertia. Is it any wonder that productivity falls?

In order to overcome the angst caused by uncertainty, one must realize a few simple things: first, assault on common sense is a strategy of mediocrities; second, avoiding risks is a road to nowhere; third, do unto others as you would have them do unto you.

There was an old cartoon about Mr. Pedestrian, gentle and soft, and Mr. Driver, aggressive and stern. The moral was the inexplicability of rapid change between the two when one got behind the wheel.

In reality, a similar comparison between Mr. Candidate and Mr. Hiring Manager is true. Unless one learns to respect the other, no peace will come to them both. The nature smiles at us this autumn, and we should relent toward each other likewise.