The Message to Man film festival is currently in full swing in St. Petersburg, but Muscovites also get a chance to see a selection of high-quality movies at the Center of Documentary Film.

Founded in 1988 at the height of perestroika, Message to Man is devoted to "themes of the good, social justice, and peace" and is now one of the most prestigious film festivals in Russia.

The festival is headed by director Alexey Uchitel, the man behind films such as "Progulka" ("The Stroll") a romantic journey through St. Petersburg and "Dnevnik Yego Zheny" ("Diary of His Wife") about writer Ivan Bunin.

Moscow viewers are getting a brief glimpse of the kind of films that the festival specializes in with seven movies at the documentary center, which is located in a grand white 18th-century building opposite Park Kultury metro station. 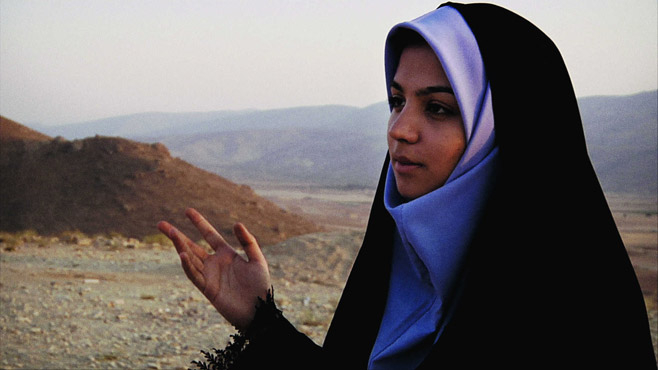 Sepideh  — Reaching for the Stars

A girl in a village outside Tehran has dreams of becoming an astronomer.

"We wanted to give audiences a change to see films they might not otherwise be able to access," said Alexei Artamanov, the Moscow festival's spokesperson.

St. Petersburg remains the main focus of the festival and, as well as the traditional mix of documentary and animated films, it shows experimental cinema and films that blend fact and fiction.

One of the films on the program shows the kind of movies the festival is interested in. "Two Days, One night," by Belgian realists Jean-Pierre and Luc Dardennes tells of woman who finds out her workmates have opted for a bonus in exchange for her losing her job.

The pair also made "Rosetta" about a 17-year-old girl who searches for work to help her and her alcoholic mother survive. The 1999 film helped get a new law passed that stopped employees paying less than the minimum wage to teenagers. 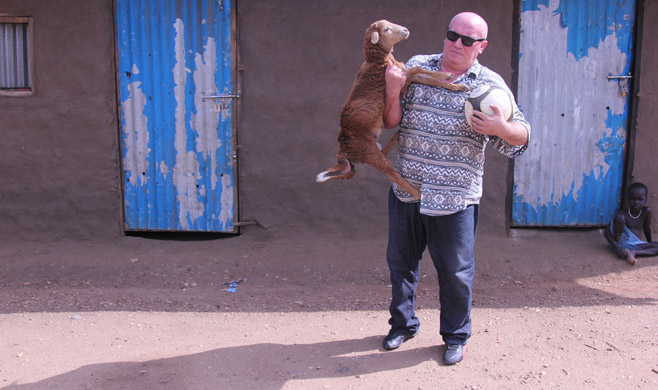 Coach Zoran and his African Tigers

Zoran and the team mascot.

Among the guests in St. Petersburg will be Russian-American director Julia Loktev, whose film "The Loneliest Planet" saw Gael Garcia Bernai star as a backpacker in Georgia, and American animator Bill Plympton, whose hand-drawn surreal "plymptoons" have developed a cult following. He hosted a master class and presented his new work "Cheatin'."

In Moscow, the films cover a wide range of topics. In "Day 21" Tatiana Dondurey, daughter of film critic Daniil Dondurey, focuses on a Moscow hospice, where patients may stay for 21 days or until they die. The film ­focuses on the residents, who speak about death with disarming directness. Dondurey gradually allows the viewers access to the histories, joys and fears of those at the hospice, people for whom death is very, very close.

Also playing is "Coach Zoran and His African Tigers," about a Serbian soccer coach in Sudan, and the Danish documentary "Sepideh — Reaching for the Stars" about an Iranian girl's aspirations to beocme an astronomer. 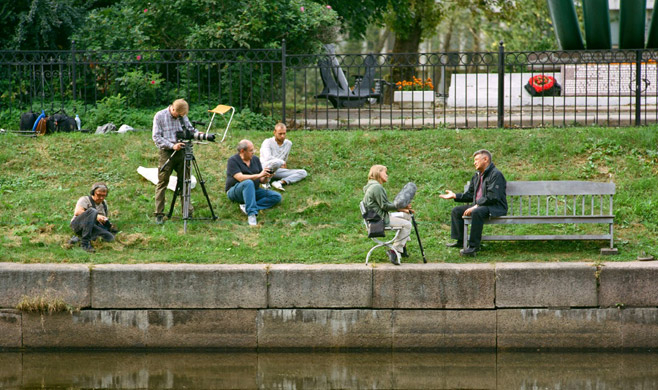 Sokurov being interviewed by filmmaker Kapilainen for her documentary.

The selection in Moscow finishes with a focus on one of Russia's greatest directors, Alexander Sokurov. "Voice of Sokurov," directed by Leena Kapilainen, shows a different face to the director,m who is known for his otherworldly cinema.

He's shown as a down-to-earth, albeit very determined, figure who speaks his mind on art and history but also on less abstract matters, such as his work as an architectural preservation activist. Kapilainen will speak and answer questions after the showing Saturday.