For more than 40 years, the Iron Curtain partitioned Europe, but now, nearly a quarter of a century after the symbolic division disappeared, it is being remembered and revived as a cycle path called the "Iron Curtain Trail."

The trail is 6,800 kilometers in length, not only covering the distance described by Winston Churchill in his famous speech in 1946, "From Stettin in the Baltic to Trieste in the Adriatic, an iron curtain has descended across the Continent," but almost doubling it.

It snakes its way through 20 countries beginning in Norwegian town of Kirkenes close to the Barents Sea before heading down along the Finnish-Russian border, through the Baltic republics, passing through the Russian port of Kaliningrad, before heading down the old border of East and West Germany. The train finishes on the Black Sea coast in northern Turkey. 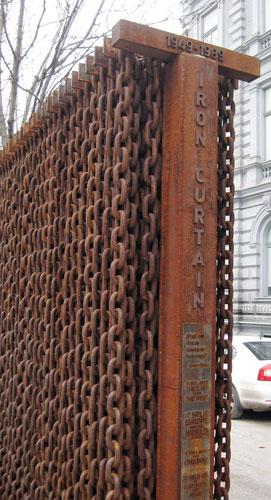 A monument to the Iron Curtain.

The "Iron Curtain Trail" is the brainchild of Michael Cramer, a member of the European Parliament with the German Green Party who was inspired to promote the idea having seen the success of a similar cycle project along the site of what was once the Berlin Wall.

"If 23 years ago I'd have proposed the creation of a cycle path along the Iron Curtain, people would have said 'this guy is crazy!'" Cramer said in a telephone interview.

Cramer first proposed the scheme at the European Parliament in 2005. Now, nearly a decade later, the route is fully navigable with only signposting left to be completed.

A cycling enthusiast himself, Cramer notes the unique routes that the trail follows. "There are parts of the track, particularly on the Russian-Finnish border, where you won't see a car for several days, but then all of a sudden a herd of reindeer will appear!"

The length of the trail makes it attractive to serious cyclists, but the fact that the route is relatively flat means it can appeal to casual cyclists too.

But for Cramer, the symbolic meaning of the trail is as important. "The trail is not purely a scheme created for sustainable tourism. It preserves the memory of what the Iron Curtain once stood for," said Cramer.

One of the main objectives is to keep as close as is possible to the original borders so that cyclists can see what life was like when the Iron Curtain existed.

Along sections of the trail in Germany, plaques have been placed to mark where people, attempting to flee to the West, were shot dead by border police. "By leaving these historical features in, it is as though one is riding through an open air museum," said Cramer.

"Every time you cross the former border — and the path crosses it a lot — there is a sign saying exactly at what time and date the barrier was lifted at that site," said Max Long, who cycled the route from Lübeck, in the north of Germany, to Hof, close the Czech border, and watchtowers, walls and tank paths, it is a fascinating trail to complete." 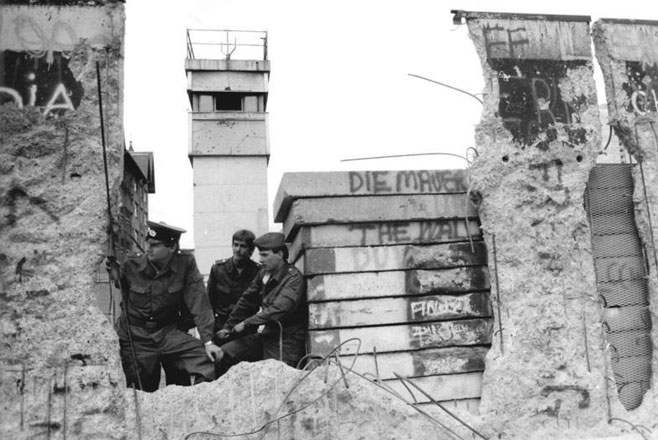 An East German border guard looking through a hole in the Berlin Wall.

Remembering the Iron Curtain and the Cold War comes at a time of new tensions between Russia and the West, when politicians and pundits are talking of a new Cold War.

"The situation is not as grave as it was at the height of the Cold War," said Cramer. "Russia needs the EU far more than the EU needs Russia. It is imperative that we stand together."

The trail, nevertheless, does show how a divide remains between the two sides. The trail would have gone through Russia but according to the trail's website, visa difficulties meant the path goes on the Finnish side of the border rather than the Russian. The trail also noticeably hops from the bottom of Finland to Estonia rather than going through Russia.

Though few would be as idealistic as to suggest that remembering the Iron Curtain through a bike path will smooth today's relations, its presence, Cramer hopes, will have some use. "He who masters the past," Cramer said, "is the master of the future."

See www.ironcurtaintrail.eu for more about the trail.