When Russia banned whole categories of food imports from Western countries last week in retaliation to their sanctions, many feared that consumer choice would be destroyed as hundreds of products disappeared from supermarket shelves.

But these fears may be misplaced. On closer inspection, many convincingly European-looking brands are Russian through-and-through. Their masquerade is a sales tool: to be Italian or English is a signifier of quality, while Russian manufacturers are linked with bad ingredients and dodgy production standards.

Only a few months ago, one of Russia's biggest supermarkets stopped selling cheese made at a Siberian dairy factory where staff members photographed themselves swimming in one of its milk vats during a New Year's party.

The Moscow Times picked some of the most convincing of Russia's "European" brands.

Lemon and lime flavored soft drink Laimon Fresh has been hugely successful since its launch three years ago, and boasts of being one of Russia's top five fizzy drinks. It claims to be produced in Russia's Tver region under a license issued by Swiss company Green Me, founded in 1993. But according to an investigation conducted by the Russian version of Forbes magazine in December, Switzerland has no such drink, and company was set up by Russians. Since its introduction in Russia, Laimon Fresh first spread to former Soviet countries, and in 2013 to Britain and Spain. 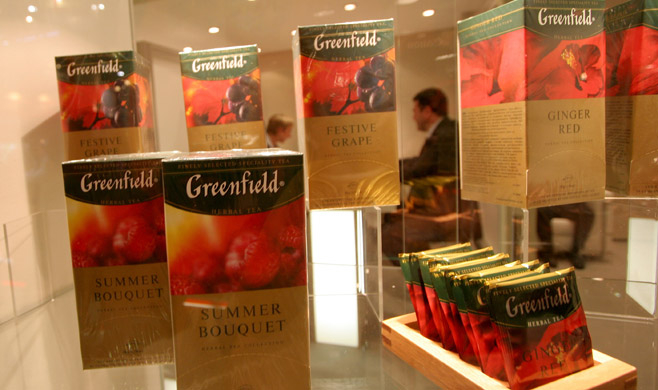 Tea company Greenfield was officially registered in 2003 in Britain by St. Petersburg-based tea producer Orimi Trade. The company's website even has a British ".co.uk" domain, but the tea itself is not sold in Western Europe. It is made by Russians for Russians.

Jardin coffee is also owned by Orimi Trade, but the brand claims it represents a Swiss-registered company, Jardin Cafe Solutin S.A. However, the coffee is not sold in Switzerland, and the company's English-language website does not work. 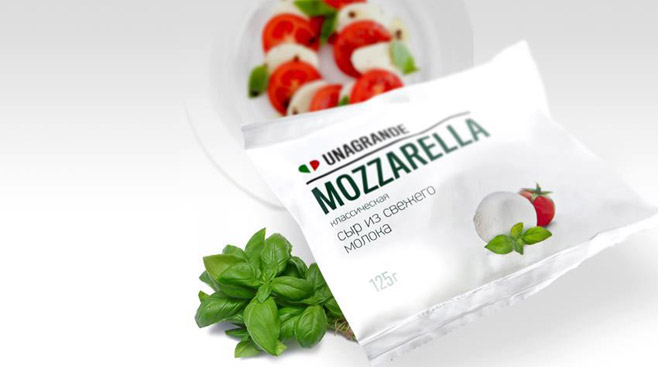 Umalat produces several kinds of Italian and Caucasian soft cheeses. The Italian cheeses are produced under the Unagrande brand, and the packaging is artfully made to look authentically Italian. According to Umalat's CEO, Alexei Martynenko, "except for vodka, the brand 'Made in Russia' is less popular in Russia than anywhere else in the world."