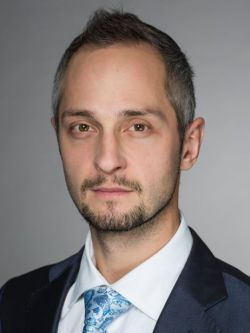 Moscow is reviving the tradition of professional taxi drivers and sets quality standards for individuals in the transportation market.

Metropolitan taxi companies, with the support of Moscow's Department of Transportation, are actively promoting official, legal taxi services. Thanks to the advertising campaign with the eye-catching slogan "All you need is highlighted yellow!" conducted by the city authorities, Moscow residents are increasingly opting for vehicles with yellow plates.

A couple of years ago the Moscow taxi market was disorganized and chaotic. Everyone who drew "draughts" on board their cars considered themselves to be taxi drivers. More advanced ones equipped their vehicles with special "caps" and light-boxes. However, the safety of passengers and the level of service were absolutely unpredictable. The share of "gypsy cab drivers," according to various estimates, accounted for between 75 percent and 85 percent of the market. This situation suited neither the legitimate market players nor the Department of Transportation of Moscow and since September 2011, all taxi drivers are obliged to receive a special license to perform individual passenger and luggage transportation. Since July 1, 2013, permits have been issued only to vehicles with yellow bodies. License plates on vehicles with permits have also been made yellow. The city granted legitimate taxis a number of useful preferences, such as access to dedicated lanes for public transport, entry into automated lines of Moscow railway stations, and specialized car parks, including paid parking zones.

Currently more than 760 taxi companies and approximately 13,000 individual carriers have registered in Moscow and the number of permits issued has reached about 43,000. Moscow is ahead of New York in the number of taxi vehicles. Also the positive growth dynamics of service demand is worth mentioning. In 2013, only 3 percent of Muscovites used taxis at least once a week, and 14 percent of those used taxi transfer to the airport and back. According to a poll of 1000 citizens conducted by the Department of Transportation of Moscow together with the Romir Company, the ongoing reform of the taxi-services market in the city is approved of by residents. As of June 2014, more than two-thirds of respondents used taxi carriers at least once in the past year. At the same time the most active users of legal taxis were citizens aged 25-35 with above-average income. Forty-five percent of the respondents indicated that over the past year they were more likely to use official taxi services, and the main reasons for this choice are: call convenience (86 percent), security (65 percent), speed and comfort (41 percent), and confidence in the level of driver training (39 percent). Overall, the majority of Muscovites believe that city authorities need to "clean up" the market of taxi services in the city. Fifty-two percent of respondents were concerned about illegal carriers; 48 percent are concerned about the lack of knowledge by unofficial drivers of the city; while only 6 percent of respondents are not satisfied with the quality of legal taxi services in Moscow.

Muscovites are also well-informed about the measures taken by the Department of Transportation to reform the taxi market in the capital. The majority of respondents are aware of the requirements for legal taxi: identification orange lamp was noted by 66 percent of respondents, and the yellow color of the body by 63 percent. Ninety-one percent of residents who took part in the surveys agreed that a taxi driver is a man aged 35-44, who knows the city well and can easily orient himself, is polite, obeys the traffic rules, and has at least three years of driving experience.

Metropolitan taxi companies set high standards of comfort and safety, offering customers a choice of car class, convenient payment methods and various additional options, from chargers and free Wi-Fi to security of passengers carrying large sums of money. Cars of legal carriers are always well-maintained and pass regular inspections. They are equipped with all of the necessary safety features, including child seats and boosters. Behind the wheel there is a professional who knows the city well, guarantees passengers safety even in the most difficult situations on the road. Taxi companies strictly monitor their condition before going on line. Every driver should undergo a medical examination on the subject of being sober and general physical condition. The working schedule is strictly regulated and professional development classes take place regularly.

People are likely to get used to this improved quality quickly and illegal taxi drivers will diminish as a trend. Moscow, as one of the world's largest megapolises, strives to comply with international standards and set the pace for the development of other large Russian cities.

Convenience, comfort, safety and reasonable prices make taxi services more and more popular with the business community. You can highlight several advantages over private transport: it is economically profitable when driving through the downtown of Moscow, especially on short distances. Due to the possibility of movement on dedicated lanes the speed of movement around the city increases greatly. Taxi vehicles are allowed to stop and park under certain compulsory signs. Also, there are specialized parking lots, and automated lines near train stations and airports. Do not forget about the cost of parking. The main purpose of Moscow's parking policy is to clear the city center of personal vehicles, so prices will always be high. Paid parking zones are already moving beyond the Garden Ring. And most importantly, on the journey you can devote time to work or preparation for the meeting instead of watching the road and wasting time on searching for a parking space. Thus, moving around the center of Moscow in professional, legal taxis is justified from any point of view.

Regarding the class of the vehicle and passenger transportation services provided, business and premium class services (a car with a driver) need to be singled out. Some transportation companies in Moscow provide a similar service. Unlike a regular taxi, this service is provided with premium class vehicles, highly qualified drivers, the cars in this class can be painted in standard colors, consequently they are not licensed to provide taxi services and have no advantage when driving through the city in front of other road users. However, when booking such type of service, the customer will receive a number of advantages over the use of their own car including a personal driver. First of all, there is no problem with parking when traveling in the center of Moscow, no need for a worker on the payroll and vehicle maintenance costs. This service, defined as the transportation of passengers and luggage on request, is regulated in Chapter 4 of the Federal Law of the Russian Federation № 259-FL "The Charter of Road Transport and Urban Land Electric Transport" of 08.11.2007 (revised Federal Laws of 21.04.2011 № 69-FL, of 06.11.2011 № 296-FL, of 14.06.2012 № 78-FL, of 28.07.2012 № 131-FL, of 03.02.2014 № 15-FL) and other regulatory legal acts. It is formalized by a vehicle freight contract.

The Russian market for individual-passenger transportation is improving and becoming more comfort- and consumer-oriented, with Moscow leading the way. Hopefully, all of Russia's major cities and regions will follow the example of the capital so that, when visiting any part of the country, it can be guaranteed that you will receive world-class quality service at a fair price.

Moscow will not give out passports to Russians mobilized by the army, a government information portal said Wednesday, as fears of travel restrictions rise...