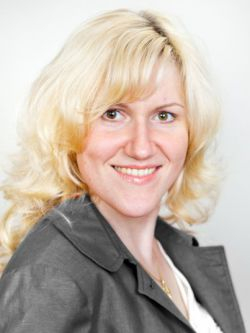 Some time ago, the Russian Constitutional Court set out the principle of a stable business environment. This principle stipulates that "for the purpose of planning his business activities, a taxpayer should be informed in a timely manner about the structure and content of his tax liabilities, so that he may take into account in good time the expenses he may incur on such business activities. He should not unexpectedly have to spend money on paying tax, creating an insurmountable obstacle to its economic freedom."

The Russian Finance Ministry certainly tries to observe this principle when developing the main directions of Russian fiscal policy. For instance, in its draft Principal Directions of the Fiscal Policy in the Russian Federation for 2015 and the 2016-2017 planning period, the Russian Finance Ministry clearly states that the Principal Directions of the Fiscal Policy allow economic agents to take account of planned tax changes over the next three years when they set their business goals. This is intended to enable a stable, transparent business environment to take hold in Russia.

Regrettably, there are legislative initiatives which reach the statute book and offer no contribution to a stable business environment. A prominent example is taxing commercial and office real estate based on their cadastral value.

From Jan. 1 2014, the constituent entities of the Russian Federation are entitled to apply their own particular approaches to determining the tax base for specific items of real estate. According to the Tax Code, this category extends to business centres and shopping malls and any premises in them, as well as non-residential premises which host retail facilities, public catering facilities, or offices, or which are being actually used for these purposes.

To enjoy such a right, a constituent entity of the Russian Federation should approve, in the manner set out by law, the results of the cadastral valuation of the relevant property. If the results of the cadastral valuation have been approved, the constituent entity passes a law that actually lays down the specific approaches to determining the tax base based on the cadastral value of the property. To ensure that the law is enforced, an authorized executive body of the relevant constituent entity should draw up a list of real estate items for which the tax base is taken to equal their cadastral value, file the list with the tax authorities and post it online. It must do these things no later than the first day of each property tax period. The taxpayer will only have to consult the Internet and prepare a calculation of the tax.

These rules, as simple as they seem, may turn out to be hard to implement. For example, current judicial practice in the commercial courts shows that there are numerous disputes over determining the cadastral value of real estate. Taxpayers have to go to court for an impartial cadastral valuation.

Nor is stability engendered by regional laws adopted in accordance with the Tax Code and setting out special approaches to determining the tax base. An analysis of such laws demonstrates that they are out of line with the Tax Code even at the stage of determining the item to be taxed. In terms of the conditions for a specific property to be included in the list, a look at regional legislation would leave taxpayers scratching their heads to figure out how this condition has been observed. Thus, for example, regulatory acts of the Moscow Region leave as a matter for pure guesswork the criteria based on which a specific item was included in the list. As a result, a taxpayer may only suppose how exactly it will determine its property tax base in the coming tax period. Of course, greater certainty does arrive, but often just a few days before the new tax period starts. The same ambiguity is seen in terms of how the tax base should be determined if it was established in the current tax period that a certain item had been included in or excluded from the list. The Tax Code states outright that if an item is identified in the current period which has not been included in the list, the tax base for such item should be taken as equal to its cadastral value starting from the subsequent tax period. This means that it becomes quite problematic for a taxpayer to plan how much it should budget for tax payments.

Moscow and the Moscow Region are two of only a few regions to have tried so far to tax commercial and office property items based on their cadastral value. It is to be hoped that executive bodies of other constituent entities of the Russian Federation will analyse the examples of these regions before implementing their own rules for paying property tax based on cadastral value. Against the backdrop of constant changes in tax legislation, stability for business could be safeguarded by a balanced approach to determining whether a region is ready to implement property tax based on the cadastral value of real estate.