HOLLYWOOD — For French director and film student Geoffroy Faugerolas, 15 minutes is all that is needed to retell the Romanovs' final day.

Filmed in Los Angeles, "The Tsarevich" is a biopic by the 22-year-old Frenchman about the last imperial family of Russia. However, unlike earlier cinematic works about the royals, Faugerolas and his team tell the story from the point of view of young hemophiliac Prince Alexei, the heir apparent to the throne of the Russian Empire.

"We tell the story of Prince Alexei," Faugerolas told The St. Petersburg Times, adding, "It's the human side of the events. Previous feature films dealt with politics. Ours is the story of a 12-year-old boy caught in the turmoil of the Russian civil war."

The short film covers an equally short period — the final 24 hours in the lives of Alexei and his family. It shows the young boy in an emotional environment as he tries to defend the ones he loves while the civil war unfolds, leading to the execution of the Romanovs in 1918.

Faugerolas was first captivated by the story of Alexei after visiting Russia with his mother, Marie-Ange Faugerolas, a French screenwriter and novelist. 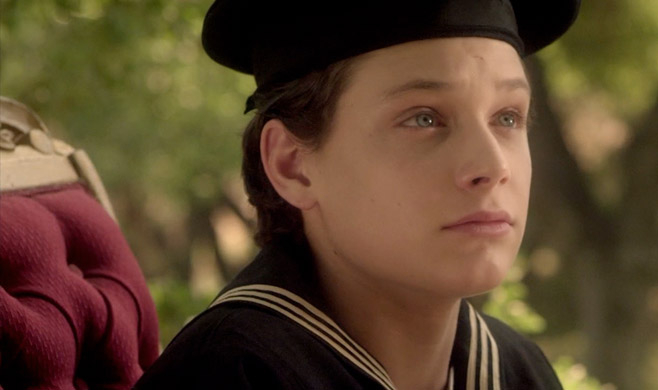 "This boy had an amazing potential, especially how he overcame his problems and tried to save his family," Faugerolas said.

"What I have learned about him is unbelievable. He probably would have been a great ruler," he added, when explaining why he chose the prince as the subject for his school film project, which he then financed with his producing partner on a $25,000 budget.

Casting for "The Tsarevich" was both challenging and gratifying for Faugerolas. "We advertised for the Alexei part in Los Angeles and we received more than 1,000 applicants," he said.

In the end, 13-year-old child actor Michael Fitzgerald was chosen for the role. In fact, he was the first person who applied for the role as well. "He was well prepared," said Faugerolas. "The boy trained for months for the role, living in a wheelchair and practicing dialects.

"The chemistry he shares with Cristina Franco, an actress who plays Empress Alexandra, captures the heart of the relationship between the famous mother and son," Faugerolas added.

The pivotal role of Tsar Nicholas II was given to well-known television actor Mark Moses, whose television credits include "Mad Men" and "Desperate Housewives." "He simply was attracted to the project and its message," Faugerolas said. 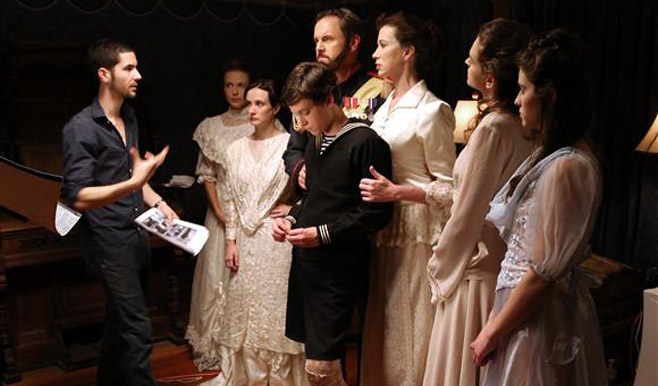 Faugerolas, left, speaks to the cast of his 15-minute film during shooting.

Much like most small pictures with tight budgets, the short film was shot in digital format, with Faugerolas' mother doubling as co-screenwriter with her son. French composer Matt Milan created the musical score.

The film's locations proved to be more of a challenge however, especially with limited funds. Faugerolas and his crew searched the greater Los Angeles area for a suitable locale that could represent the provincial Ipatiev house of Yekaterinburg, where the imperial family was held captive by the secret police of the Bolsheviks.

"Finally, we found and transformed a Victorian house in Orange County [adjacent to Los Angeles] into a realistic Russian palace. For our exteriors we chose Malibu," Faugerolas said.

Then, after months of preparations, the film was shot in just five fast and hectic days.

"The Tsarevich" has since been selected to screen at the Manhattan Film Festival in New York, which runs from June 19 to July 3.

"We have not been officially selected yet, but Russia Abroad Film Festival has shown great interest in our film," Faugerolas told The St. Petersburg Times.

He also plans to submit the film to the St. Petersburg International Festival, which takes place Oct. 10 through 17.

Since commercial theatrical showings of short films is essentially nonexistent, Faugerolas plans to release his film online after the festival circuit run.