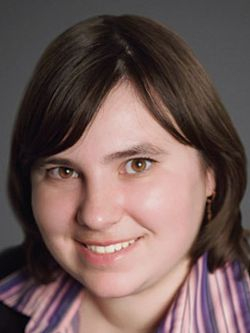 The judicial battle surrounding Soviet trade marks has been waged ceaselessly over recent years. Manufacturers keep trying to gain the rights to make the same or similar chocolates with pictures of bears or birds. The right holders are mostly successful in standing up for their rights. Everything depends on the existence of a registered trade mark.

Many old trade marks have belonged to companies and corporations for over twenty years.

When buying for instance "Mishka kosolapogo" chocolates, we are in no doubt that they come from the Krasny Octyabr factory and when buying "Gusiniye lapki", that they were made by RotFront.

Yet the situation might soon change. An extremely disputable draft law has emerged for amending article 1484 of the Russian Civil Code, which protects the exclusive rights of a trade mark holder.

It is proposed to amend this article to grant Russian legal entities that manufactured such goods under a given trade mark before 1992 the right to continue doing so without permission from the right holder of the trade mark.

This means that, if some Russian company can prove that, some time before 1992, it used old Soviet trade marks, it may do so now, alongside the lawful owner of the rights to the registered trade marks (or the persons that buy this company).

The consequences of such a development can hardly be beneficial from any perspective: the legal, commercial or that of the consumer.

From the legal point of view, this amendment might disrupt at least two basic principles of civil law: first, right holders will, in fact, be deprived of their intellectual property. This might be compared, for instance, with deprivation of real estate title by suddenly passing a law to the effect that previous owners of, say, a building, will now be its co-owners.

Second, it is proposed that an exception from the principle of trade mark protection will be made only for Russian companies, which contravenes the principle of unified legal protection of intellectual property for both Russian and foreign legal entities, as set forth, among other things, in international conventions to which the Russian Federation is party.

From a commercial angle, this development will entail companies that have long since held Soviet brands and have invested substantial sums in them facing the risk of devaluation of their investments and trade marks due to appearance on the market of competitors that use the same marks but are not able to ensure the same quality of the goods.

As for consumers, they might simply be disappointed. When they buy their favourite chocolates or biscuits, they might find in the package something completely different from the product they are accustomed to. How can it be explained to the consumer that their favourite product is no longer manufactured by the factory they have trusted for so many years?

Lots of other questions could be asked. The proposed amendments give rise to far more questions than they provide answers.

Moreover, the publicised purpose of the current reform of the civil legislation is to ensure business stability. Accordingly, just one final question needs to be asked: where exactly is this stability in the planned amendments? In the fact that no right holder can be sure that its mark will not be used by a third party or that, when buying sweet accompaniments to your cup of tea, you can now always expect a surprise?