Rumors of the club's impending closure had already been circulating for more than a year, since the redevelopment of other buildings in its vicinity. The club has already moved once before in 2009, after its original location on the outskirts of the city that the club was named after — a former gas plant building built in 1865 — caught fire in 2009.

Its current location, a warehouse a stone's throw from the Kursky Station in the Basmanny district, is making way for future property developments, most likely a business center, said the club's PR representative. It remains to be seen when or if the club will re-open, though she added that they are currently looking for a new venue, and have a few options on the table.

In a city where clubs frequently come and go, Arma 17's six-year run has seen it outlast many of its peers. "We always gave people more than they expected from us," club founders Natasha Abelle and Alexei Shelobkov told The Moscow Times.

The club's founders did not have electronic music or entertainment industry backgrounds before opening Arma 17 in 2008 — Natasha previously worked in marketing in the IT industry, while Alexei held senior positions in large international IT corporations. They began organizing events at various venues around Moscow but quickly realized that they needed their own venue to fully realize their ideas.

Choosing not to focus on short-term profit, Arma 17 set itself apart from its peers with its progressive booking policy and unique creative direction. It quickly made its name among house and techno music fans internationally, and is often compared to Berlin's techno mecca Berghain, a comparison Natasha and  are quite happy with, visiting Berghain two years after opening Arma 17 and noticing the similarities, though they point out that "Berghain is a boy, and Arma — a girl."

An anomaly among Moscow's nightclubs, Arma 17's liberal door policy, friendly staff, good-natured crowd, world-class Funktion One sound system and its focus on visual and installation art made it a second home for misfits, music geeks, and those who just did not enjoy the often formulaic nature of Moscow's other nightclubs. "In Arma, one can feel like Alice in Wonderland," wrote Vasily Serditiy, on the club's Facebook page, about its unique nature. 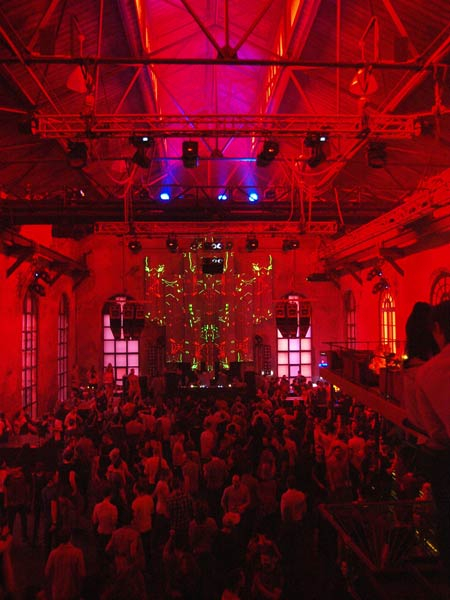 Looking back at the changes they have observed since they first opened the club in 2008, Natasha and Alexei explain that their events have become more interesting and as a result its audience has grown tenfold, adding candidly that their patrons “have learned to pay an entrance fee.” The club's events have also increased in duration by three or four times — its regulars can still be found partying there on Sunday afternoon, when most of the weekend's clubbers are at home nursing a hangover. However, and most importantly for them, the musical education of their audience has grown considerably.

"It was the club that dared to experiment a bit. The main thing I'll miss is that it was a large-size nightclub where you could arrive any time of the night, even early in the morning, and you'd be sure that the party was still going on," said Bas Grasmayer, a regular patron of Arma 17 and product lead of music streaming service Zvooq.

Perhaps fittingly for its final event, instead of another star-studded lineup, a slew of more than 30 past guests and residents, including Natasha herself as DJ Abelle, are slated to take the decks for one last rave beginning Saturday evening and ending Monday.

Fans still have something to look forward to this summer, as Natasha and Alexei  added that apart from taking a well-deserved break to sit back and reflect on the past six years, they will focus on organizing the festival "Outline," slated for July 5 and 6 in Moscow at the Mnevnikovskaya Poima embankment.