The Dom Nashchokina Gallery, a private art gallery located in the historic 18th-century landmark Nashchokin House, may be shut down after the Culture Ministry fired gallery owner Natalya Ryurikova from her position as editor of the state-owned Kinostsenarii film magazine, owner of Nashchokin House.

Ryurikova and the Dom Nashchokina Gallery were quick to respond to the allegations, saying that the real reason for the firing was a desire to use Nashchokin House for other purposes or sell it outright. “We first received a proposal to leave the premises, which said that the building was needed by Fond Kino … well, we understood what that meant,” Ryurikova said in an interview with Rossia-Kultura television.

Shortly after the initial proposal to leave, Ryurikova received an official notice from the Culture Ministry informing her that she had been fired from her post as head editor of Kinostsenarii, a magazine she had worked at in varying positions for 40 years. The Culture Ministry then accused Ryurikova of corruption in a notice posted on its website.

While the notion of Ryurikova renting a government-owned property to a private gallery that she also owned may seem highly dubious, a closer look at the allegations made by the Culture Ministry reveals many questionable features.

First, as Ryurikova was quick to point out, the 2004 lease that rented a portion of the house to the gallery was contracted between Dom Nashchokina Gallery, Kinostsenarii and Rosimushchestvo, the state property management authority, and was allegedly approved by the Culture Ministry.

Additionally, while the Culture Ministry said the commercial gallery was an inappropriate use of a historic landmark like Nashchokin House, which once hosted Pushkin and Gogol, it was in fact largely due to efforts made by Natalya Ryurikova that the building was granted cultural landmark status in 1998.

Furthermore, the gallery was opened in 1994 largely as a way to fund the activity of Kinostsenarii, which lost its state funding after the collapse of the Soviet Union and has been self-sufficient ever since. 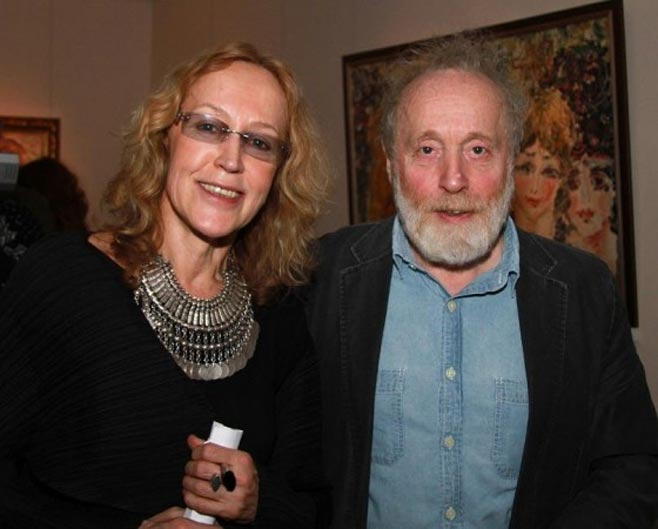 Natalya Ryurikova, left, was fired from her post as editor of Kinotsenary.

The Culture Ministry press release was ill-informed not only about the nature of the lease and the activity of the gallery, but even about the location of the building in question, which it said was “near the Kremlin.”

Nashchokin House, located at 12 Vorotnikovsky Pereulok, is in fact close to the Garden Ring and is nowhere near the Kremlin.

A Dom Nashchokina Gallery news release surmised that the sudden action on the part of the Culture Ministry was likely caused by a desire to sell the property or rent it for a much higher rate, adding that it was odd that no one had objected to the supposedly corrupt lease in the seven years since the gallery had opened.

A report in Izvestia suggested that Fond Kino, the Russian Cinema Fund, had agreed to occupy the space, but the Culture Ministry has made no new announcements about the eventual fate of Nashchokin House.

Ryurikova told Izvestia that she had retained a lawyer and was prepared to go to court over her firing and the Ministry’s decision regarding Nashchokin House, which her lawyer said was conducted improperly. Ryurikova has already been replaced as head editor of Kinostsenarii by Fyodor Sosnov, a former employee of Fond Kino.

Sosnov also noted the recent decline in Kinostsenarii’s print run, saying the magazine had not been printed in 2012 and had only printed very short magazines in small print runs in 2011 and 2013.

The Dom Nashchokina Gallery is continuing to operate in Nashchokin House, and presumably will continue to do so until the Culture Ministry makes a decision regarding the future occupant of the space. As of yet, the gallery has made no announcements about possible future locations.