A trained eye is needed to locate organic foodstuffs on the shelves of Russian supermarkets.

Only about 0.2 percent of all food consumed in Russia, a country of 143 million people, may be considered organic, according to the recently registered National Union of Organic Products Manufacturers and Consumers. The union estimates the value of organic products consumed annually in the country at around $150 million, of which imported foodstuffs are worth between $120 million and $130 million.

But new winds are blowing across the eco-friendly fields of Russia. Next year a law, if passed by the State Duma, will legally restrict the term "organic" to suppliers who grow food according to criteria in a bill prepared by the Agriculture Ministry, although there are concerns that the wording of the legislation could hinder exports.

So in 2015 it may no longer be the opinion of a farmer or a visiting foreign inspector determining whether vegetables and fruit have been exposed to chemical fertilizers or pesticides and whether meat came from animals treated with growth hormones.

Take a look around the LavkaLavka store, a rarity in a country where only around 0.2 percent of all food consumed can be considered organic. But new winds are blowing across the eco-friendly fields of Russia.

David Yavruyan has spent his whole working life in the agricultural sector, initially serving as a scientist at the Agriculture Ministry before becoming an inspector at its animal and plant health watchdog Rosselkhoznadzor. He is now an independent certification consultant within the project of Ecological Certification System, or ECS, launched by the LavkaLavka farmers' cooperative, which has an internal system of certificates stating the level of a product's organic origin.

He assists farmers in preparing products for certification inspection and provides consulting to conventional farmers who wish to become more environmentally friendly.

Yavruyan is far from pleased with the present draft of the bill. Although the bill contains various positive aspects such as insurance against crop failure, special loans, subsidies and support of consumer-agricultural cooperation, it has not been well received by parts of the organic farming community.

According to Yavruyan, the Russian criteria for organic food must match the European criteria. If not, the law has no purpose, he said.

"The problem is that the draft as it looks now does not provide an equivalent set of rules that would enable organic farmers to export," he said. "If not altered, the bill will merely work as an export barrier for the Russian farmer."

That is not all. Yavruyan fears that a government stamp of approval that does not contain the same requirements as the European one will lead to a collapse of Russia's organic industry.

"If the bill passes in its current form, Russian organic food will eventually suffocate. The government-regulated certification will not provide organic farmers with the level of trust they need to convince consumers to buy their products," he said.

On the other hand, Yavruyan said, if the bill is altered to be more in line with European standards, Russia may soon become a leader in the production of organic food worldwide due to its vast areas of land currently idle and for many years not treated with fertilizers or pesticides, as well as cheap labor.

In 2012, organic food sales in Russia reached $148 million, which was a 7.8 percent increase from the year before, a recent USDA Foreign Agricultural Service report showed. Since 2003, the sale of organic food has soared more than tenfold. USDA experts estimate sales of organic products could reach $167 million in 2013 and up to $225 million in 2015. Furthermore the potential for organic food production in Russia is estimated by some at a staggering $700 billion.

Although the consumption of organic food is on the rise, organic farmers only play a bit part. Just 10 percent of organic foodstuffs sold here was actually grown, raised or bred on Russian soil. German, Italian and French farmers in particular capitalize on the unorganized state of the Russian organic farmers, with a considerable amount of their products finding their way to the Russian shopping carts.

She has high hopes for Russian organic food and believes that the new law is a step forward because it brings a common set of rules for farmers that wish to produce foods of organic origin.

"The current draft will bring a consensus on what organic foods actually is," she said. "It is not organic when the farmer uses a tad of pesticides or a splash of artificial fertilizer."

She does not believe that the law will be entirely ineffective, but said that creating trust in the organic label begins at the source — with the farmer.

"There will definitely be some trust issues to begin with. That is why I think the farmers will have to build an organic brand themselves. The need for individual organic branding will be much more requisite here than in Europe, where the faith in the products come from the obtained certification," she says. 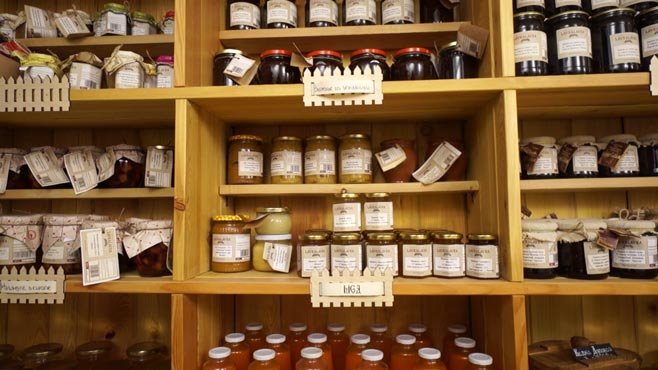 Certification experts agree that giving a product an organic label is pointless if the farmer is lacking in integrity.

The European Union and the U.S. together consume 96 percent of the world's organic food. Yavruyan emphasizes the importance of penetrating the European market, which is growing steadily every year. Europe is organically undersupplied and this could be Russia's ticket to green greatness.

"Russia is a huge country with cheap labor. We are competitive in every area of the organic industry and we have every chance in the world to compete with the high European prices," Yavruyan said. He believes that by gaining footing on the European market Russian organics will automatically win the confidence of Russian consumers.

Aleхander Konovalov started with a small family farm, Konovalovo Ecofarm, in 2009. It has since developed into a broader project, Ecocluster, an association of more than 100 farmers based in Russia and abroad. Ecocluster sells organic products online and delivers them straight to the customers.

Konovalov considers the bill a long anticipated necessity and believes that making certification legitimate in Russia may be a benchmark for the domestic organic industry.

Near the village of Bogimovo, 180 kilometers south of Moscow, the first sod is soon to be turned in a project labeled Fathers and Sons. The aim is to create a socio-educational center for children in cooperation with families that run organic farming. The village will provide the children with an ecological education thereby ensuring the passing down of organic knowledge to the younger generations.

Elvira Gudova is sponsoring the project named after Ivan Turgenev's celebrated novel. "The title lays out the relationship between generations so well, that we found it matching the goal of our project perfectly," she says.

"Apart from giving the children a safe and healthy environment to develop in, the village will also be founded on uncompromising organic ideals," Gudova explains.

The Fathers and Sons project is funded through the charity organization SoBYTIE, the name of which may be translated from Russian as "event" or "being together." Sponsors expect that the villagers will not only grow crops and raise organic livestock but also process their products. According to Gudova, the village will set up their own dairy facility, which will enable it to control the process from cow to supermarket.

With 90 percent of all organics consumed in Russia being imported, she is convinced that there is plenty of land to be conquered. And not just in Russia, but in Europe as well.

"For the consumer to trust us we need both certificates. Moreover, we put transparency on a pedestal, which is why we will always be open to the public visiting us and seeing with their own eyes how an organic production is run," Gudova said. "Educating the consumer is the key to success."