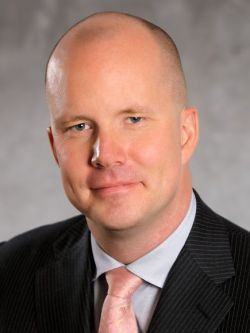 Discussion about Russia's excessive administrative barriers, lack of transparency and poor investment climate has long been a common occurrence in business circles. Therefore, it is not particularly surprising that many of the recent changes to laws affecting Russian real estate have provoked a lot of criticism.

Although I can provide dozens of examples of administrative, legislative and judicial steps which would confirm these negative views, as a lawyer who has observed Russia's evolving legislation since the early 90s, I can immediately counter such sentiment with quite a number of interesting positive examples.

I have the impression that sometimes people focus more obsessively on the negative side rather than the positive. As a recent, and topical, example I would point to the public reception given to the already notorious legislation leading to increased property taxes on retail and office property, with these now be calculated using the relevant cadastral value (rather than balance sheet value, as was previously done). I have heard multiple negative responses to this, generally suggesting, inter alia, that both property owners and tenants will suffer from increased costs (which is a problem), or that the cadastral valuations were (and will be) incorrectly derived. But, unless one is a devoted libertarian who believes that the state (and taxes) are evil, there is a case for considering that, in the past, property owners massively underpaid taxes and derived disproportional profits from their assets. So it is possible that we are just talking about an attempt to balance things out here — which may be a positive!

Yet another example is new Moscow and Moscow region legislation introducing payments for changing permitted land use. These payments may actually be significant, and it is reasonable to assume that additional payments required from businesses are not good for business. In general, I agree, but we should also consider the context. If we are talking about circumstances where, for example, change of use results in the uncontrolled development of low quality housing with no social infrastructure (which some would argue was precisely the case in Moscow and the Moscow region), then the introduction of a charge for changing the use of land may have some beneficial effects.

My final example is the recent suggestion from the chief architect of Moscow that developers building apartments be required to construct social infrastructure nearby. Now this may well be seen as a bureaucratic intrusion into the law of the market jungle, but again it is worth considering the context. In recent years some developers, using a few legislative loopholes, have started development of hundreds (or thousands?) of new apartments not supported by schools, hospitals, and other social infrastructure, which presumably will be expected of the state by residents. Some developers have argued that "apartments" are not used for permanent residence, rather serving as hotel-like temporary accommodation, and meaning they don't require full-fledged (and costly) social infrastructure. In some cases this statement is entirely true, but in many (if not most) it definitely is not.

There is no doubt that part of this contention is speculating about the motives and ideas of others, and it is important to acknowledge that there are credible alternative views. But the reason I raise the perception of legislative change at all is to state one vitally important thing. It is a bumpy road, and a lot of mistakes are made. Sometimes new rules do create unnecessary barriers, and sometimes they are even absurd, not to mention confusing for those who need to work with them and understand them. But the efforts of so many, including our legislators and their consultative processes, are an attempt to bring order against a backdrop of that order, particularly the legislative variety, having on occasion been conspicuously absent. Just 20 years ago, I was studying the laws of Russia on the basis of the Soviet Civil Code of 1964, which referred to socialist property. In these 20 years Russia has built a whole new legislative system and supporting infrastructure. The Civil Code, Land Code, City-Planning Code, Mortgage law, Law on State registration of real estate, Law on state real estate cadaster, a whole set of regional laws, and you can name numerous more. These are all new, and in recent years each has required massive overhaul to reflect the most recent market experiences. The information technology allowing access to almost any real estate assets information (including online access) is among the best in the world. And all of this deserves appreciation and encouragement, not just criticism.