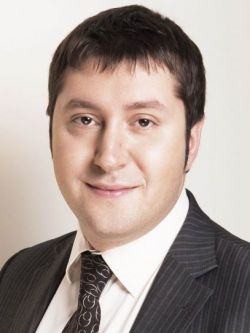 The Russian government has set for itself improvement of the investment and business climate in the country as its primary goal. A fairly wide range of measures and efforts are being taken with this in mind, not least in cooperating with investors and the business community.

Regrettably, they are not always consistent when they put this into action. One example is the draft bill on transactions with real estate, which Russia's Ministry of Economic Development published in November 2013 (The Draft Federal Law 'On the specifics of foreign persons undertaking transactions with immovable property and amending Federal Law No. 122-FZ On state registration of rights to and transactions involving immovable property dated 21 July 1997, which has been published on the website http://regulation.gov.ru/, ID: 00/03-8263/10-13/12-16-4)

The bill restricts real estate transactions by foreign individuals and legal entities as well as stateless persons. Russian legal entities will face similar restrictions if they are more than 50 percent foreign owned.

The bill envisages that there will be a permission procedure for such persons to be able to enter into transactions with immovable property in Russia. They will have to obtain permission from a specially authorized government body if they wish to pursue a transaction aimed at gaining ownership title to or the right to use immovable property.

Under a literal interpretation of the provisions of the bill, permission may be needed for transactions under which real estate will be purchased, and possibly also disposed of, as well as when the right to use facilities is obtained (for instance, concluding a lease or rental agreement and similar).

Under the bill, permission to enter into a transaction may be refused if it would or could cause a threat to the security of the Russian Federation. The bill does not itself define factors and criteria for there to be a threat to security. Instead it provides that these will be set by the Russian government.

Russian legislation contains certain examples of foreigners being restricted from occupying certain types of immovable property to safeguard the security of the Russian Federation: foreigners may not hold ownership title to land plots designated for agricultural use, land plots in border areas, land plots within the boundaries of sea ports, and real estate facilities in geographical locations to which access is restricted (so called  ZATO). But in all these cases, the restriction is established by a federal law rather than being set by the Russian government.

It is unclear what idea lies behind the decision to restrict foreigners from owning real estate on the whole territory of Russia.

The bill's authors have explained that its aim is to prevent ethnic enclaves, in other words areas with a high concentration of foreign individuals and stateless persons, from being formed in cities and other settlements. This does not stand up to scrutiny. Firstly, the permission procedure for undertaking immovable property transactions is being established not only for individuals but also for foreign legal entities and Russian legal entities with foreign shareholders. This is not in line with the declared objective behind the bill. Secondly, restricting immovable property transactions cannot in itself prevent such enclaves from being formed, because in general they are formed by illegal migrants who enter into so-called grey transactions to rent residential property. The bill will have no substantial effect on this.

We believe that in practice, the restriction will mean that a permission procedure will be introduced for all transactions with immovable property, which is excessive and will make Russia significantly less attractive for foreign investment. After all, investment in more or less any branch of the economy presupposes that immovable property will be either bought outright or leased (renting office space or industrial premises, land plots where production facilities can be built and so on).

Furthermore, causing the number of transactions with immovable property to fall by cutting the number of prospective buyers could cause real estate prices to spiral significantly downwards.

A knock-on effect of this restriction will be to make it much harder to attract foreign investment for real estate development projects, while legal entities from all foreign jurisdictions will be caught by the new rules.

Since it was published, the bill has been the focus of considerable comment from the business community in Russia, and reaction has been hostile.

Without a doubt, there is still hope that public discussion may shine a light on the shortcomings mentioned above, meaning that the bill may not be passed in its current form: perhaps it will be dropped altogether, or at least substantially revised.

However, it has to be said that the simple fact of such an initiative being worked through and published in this form in the name Russia s main body responsible for economic development will have a major effect on the investment climate. It creates for Russian and foreign investors alike a feeling that legal regulation is completely unpredictable, unstable and fails to protect investment.

All interested parties should encourage state authorities to act in a way that is aimed at making our country more attractive for foreign investment.