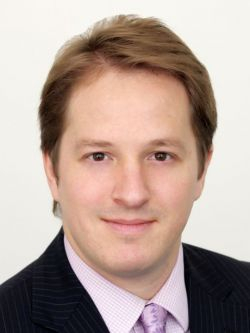 It doesn't take a clairvoyant to predict many of the likely trends in enforcement of the U.S. Foreign Corrupt Practices Act ("FCPA") and the U.K. Bribery Act ("UKBA") in 2014. Regulators' recent official and unofficial statements, companies' own disclosures, and, of course, enforcement developments in 2013 and the first weeks of this year are more reliable than any crystal ball. Here are several rather safe predictions for the remainder of 2014.

Before those of us in Russia were even done with our extended New Year's celebrations, Alcoa's $384 million settlement of FCPA charges landed it at number five on the list of all-time largest FCPA settlements. The minimum entry fee for this unhappy club now stands at a little over $150 million. In view of several known major ongoing FCPA investigations and regulators' own statements, we are likely to see at least one additional new member before the year's end. Recall that prior to U.S.-based Alcoa joining this list, eight of the top 10 settlements primarily involved non-U.S. companies. These headline settlements don't really reflect any new enforcement tendencies as such, but they do remind us that U.S. authorities have every incentive to continue their aggressive application of the FCPA.

Investigation and Remediation Costs Will Often Continue to Be Staggering

Avon revealed earlier this month in its most recent quarterly earnings report that it has spent around $300 million to date on its almost six-year investigation into potential FCPA violations in several Asian countries and related compliance reviews. That is well over twice the amount it anticipates spending to actually settle civil and criminal inquires by the DOJ and SEC into those potential violations.

Meanwhile, Walmart announced in a similar earnings call last week that it projects costs of between $200-240 million in the 2014 current financial year on its ongoing FCPA investigation and compliance. That comes after spending a reported $439 million on such matters over the two preceding financial years.

Admittedly, only about two-thirds of Walmart's FCPA-related expenses have been allocated to the investigation of past alleged violations; the balance has been spent on improving its global compliance program. Real compliance (as opposed to lip service) will always carry a non-negligible cost, but it is invariably far cheaper to instill an ethical culture backed by effective controls in advance, instead of playing catch-up to convince U.S. authorities (and potentially also an independent compliance monitor required in any settlement) of the efficacy of one's remediation efforts.

Some Companies Will Simply Pull Out of Problematic Markets

Anyone with experience in Russia or other emerging markets knows that the perception of corruption can deter many foreign companies from entering a market in the first place. However, those that do take the plunge typically find a modus vivendi and are loathe to exit absent compelling commercial reasons. Nevertheless, we may see an increasing tendency of companies either to preemptively withdraw from markets whose compliance risks are perceived as too great — this author has already seen clients withdraw from smaller CIS countries on these grounds — or even in furtherance of remediation and settlement of an active FCPA violation. Notably, Ralph Lauren's decision last year to withdraw entirely from Argentina (the locus of the bribery at issue in its self-reported FCPA violation) was cited by U.S. authorities as an example of the company's "exceptional" cooperation and remediation, which culminated in a (mere) $1.6 million fine and a non- (as opposed to deferred-) prosecution agreement.

This is not to suggest that companies will or should routinely withdraw from markets that pose significant compliance risks, even after an alleged corruption violation. Nevertheless, as companies continue to weigh potential FCPA liability more heavily in their cost-benefit analyses, it is likely that some will decide to exit especially problematic markets at least partly on that basis.

The 2010 Dodd-Frank Wall Street Reform and Consumer Protection Act provides for whistleblowers to be awarded up to 30% of any amount collected by the SEC for securities violations over $1 million — which includes FCPA violations by securities issuers subject to the FCPA. Admittedly, to date no whistleblower has received a dime. Nevertheless, the SEC received 149 FCPA-related tips from whistleblowers in 2013, and the chief of its FCPA unit publicly described some of them as "very, very good" information. It stands to reason that at least a few of these will culminate in investigations and settlements, with any award actually paid to a whistleblower only attracting more attention to the program.

Of course, the SEC's jurisdiction only extends to FCPA violations by relevant securities issuers, but given the very close cooperation between the SEC and DOJ in FCPA investigations, an issuer case can spillover to ensnare foreign, non-issuer companies and individuals on grounds of aiding and abetting, conspiracy or even a violation of the substantive provisions of the FCPA not applicable to issuers. Moreover, the DOJ continues to run its own whistleblower program which, although not paying any monetary award, does receive regular tips from disaffected employees and other insiders.

The UKBA Will Increase in Importance

Enacted to considerable fanfare in 2010, the UKBA got off to a rather slow start in enforcement. 2013 was marked by both the absence of a single corporate prosecution under the UKBA (although several individuals were charged), as well as several high-profile embarrassments for the Serious Fraud Office ("SFO") such as the loss of confidential data on prosecution witnesses from the earlier BAE Systems case and the sudden collapse of its £40m bribery prosecution of Labour party donor Victor Dahdaleh.

However, these events are widely viewed as having only incentivized the agency to step up its enforcement efforts, as suggested by its ongoing and now fully-funded investigation of Rolls Royce, which has already resulted in two arrests and raids on five homes. The SFO is also seeking to put more teeth in the sanctions available for UKBA violations, with its director proposing earlier this to amend the UKBA to require debarment from public contracts throughout Europe as a consequence of UKBA violations.