January is almost over, which is great news, because it means we are moving closer to snowless, sunny spring. I'm more than ready for spring to … well, spring upon us. Sadly, there are still at least two months of cold days and even colder nights ahead, but that doesn't mean we can't keep warding off the winter blues with warm drinks and hot gigs! So let's check out what this weekend has in store for us.

Now, if you were all excited about the upcoming One Republic concert this Friday, I have some bad news for you. The band has postponed their show in Moscow, as well as the one in Minsk. However, don't lose all hope just yet — team One Republic say they will definitely make it to our fair capital later this year. And if this upset you and you're about to throw in the towel and stay in all weekend — don't, because you should know by now Moscow always has something great to offer.

You can go check out some Russian performers like Underwood at 16 Tons club, or Pyotr Nalich at the Central House of Architects. But if you're looking for some golden oldies, head on over to Crocus City Hall, because they're hosting the one and only Bonnie Tyler! That's right, the Welsh singer-songwriter is on tour, supporting her 16th album — and Moscow is on her list! Tyler came to prominence with the release of her 1977 album "The World Starts Tonight" and its singles "Lost in France" and "More Than a Lover." But it was her 1978 single "It's a Heartache" that really put her on the map. It was a hit on both sides of the Atlantic, reaching No. 4 in the Britain and No. 3 in the U.S., and ever since then, Ms. Tyler has been referred to as the "International First Lady of Rock," and two of her songs made it onto the best-selling singles of all time list. The concert takes place on Friday, Jan. 31 and starts at 8 p.m. You can get your tickets online at the Crocus City Hall website. 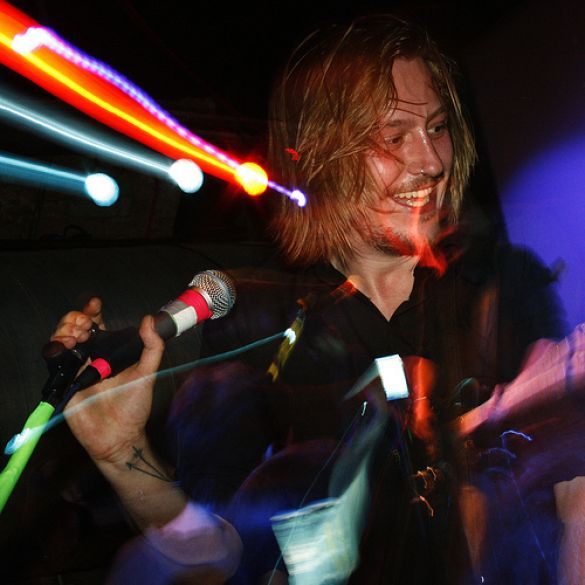 Saturday is, as per usual, reserved mostly for the club fiends out there. You've got a deep house set going down at Shanti, the Beats Delivery Night playing mostly house music at Solyanka and some good old drum 'n' bass at 16 Tons. But there are other options available, whether you want hard rock, IDM or a summery reggae-meets-funky-ska beat. So let's take a closer look.

For the hard rock fans out there, Depressivefest is the place to be. Don't be scared by the name: Depressivefest is actually an annual hard rock festival that takes place in Moscow, and this year's lineup includes The Machine from The Netherlands — who are amazing live — and Uncle Acid and Deadbeats from the Britain — who are rocking a Tame Impala-meets-Black Sabbath vibe. It promises to be an interesting night, and if you want to be a part of it, head on over to Club Volta at 7 p.m. on Saturday.

For all you postrock and IDM lovers out there, 65daysofstatic from the Britain are in town, and they're taking over GlavKlub on Saturday night. These guys, who love Moscow, will be presenting their latest album this time around. They released it in the fall of 2013 and want to see what the fans have to say about it, so if that's your jam, then remember that the gig kicks off at 8 p.m.!

And if you just want to close your eyes and for a few hours forget about the cold, the snow and all the other winter-related troubles of living in Moscow, then you need to make your way to 16 Tons and check out Markscheider Kunst. This St. Petersburg band has toured the world and picked up some famous fans along the way, including Manu Chao, Gogol Bordello and The Skatalites. Their unique blend of every hot beat, from bossa nova to ska via merengue and reggae are guaranteed to put you in a great mood until at least the next weekend. So go see them live and forget that you're in Moscow for a bit! They take to the stage at 9 p.m. on Saturday, Feb. 1.

Now, because this is turning out to be quite an eventful weekend, I'm going to suggest you take Sunday off and revel in the fact that it will be February (and we all know the only good thing about February is that it's the shortest month of the year). Have a great weekend!