The landscape of Moscow galleries seems to cyclically shift and then ossify every couple of years — dominant galleries drop off and new spaces open, resulting in a small circle of regular venues that hold the majority of the big art shows. This week has brought news of some notable shifts in the Moscow art world, with the Garage Center for Contemporary Culture revealing significant additions to their exhibition space, while gallerist Marat Guelman announced his return to the art trade.

The Garage Center for Contemporary Culture was founded in 2008 by Dasha Zhukova, a former model and current romantic partner of tycoon Roman Abramovich who has recently been pilloried for a photo showing her seated on a chair resembling a naked black woman. Despite the limited credentials of its founder, Garage's significant financial resources have quickly made it an important venue for arts in Moscow, with exhibits from prominent international artists attended by celebrities and business leaders.

Garage has already shifted locations, leaving its first home at the former Bakhmetevsky Bus Garage for a temporary pavilion in Gorky Park, yet it has been announced that it will move again to a permanent home in the Gorky Park pavilion formerly occupied by the Seasons restaurant in about 14 months. Garage also announced the opening of Project Space, a new experimental exhibit space aimed at presenting work by young and less well-established artists than the main Garage exhibit platforms. 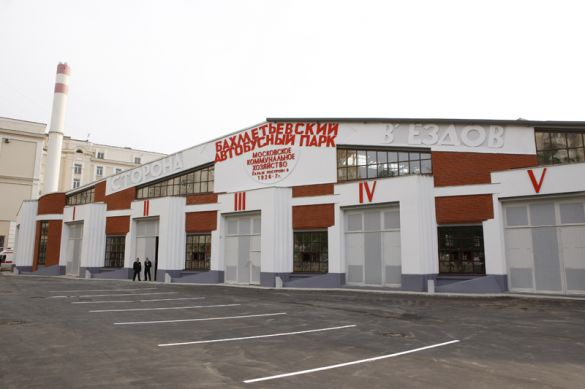 Three homes of Garage (top down), from bus park to their future building.

Garage has already called for exhibit proposals from curators for the new space, which will open in February. A series of five exhibits has already been announced for February, beginning with curator Snezhana Kristevaya's project "There, Where We Are Not," which will include works by a number of young Russian artists.

While the expansion of Garage has been anticipated for some time, Marat Guelman's announcement that he would return to commercial art sales caught some observers by surprise. In 2012, Guelman announced that his personal gallery — long a hotspot for big-ticket art sales in Moscow — would cease commercial art sales. This announcement was soon followed by one from his neighbor at the Winzavod Center for Contemporary Art, gallerist Aidan Salakhova, who announced that she too would cease gallery activities and transform her space into solely a studio, thus resulting in the closure of two of Moscow's most prominent galleries.

Salakhova told The Moscow Times in a recent interview that she still considered the Russian art market to be nonexistent and had no plans to resume activity, yet Guelman has evidently reconsidered his decision. Guelman offered no reasons for his decision, yet said that the gallery's commercial activities would recommence with the exhibit by St. Petersburg artists Olga and Alexander Florensky — part of the "Mitki" art group — that will open Feb. 28. 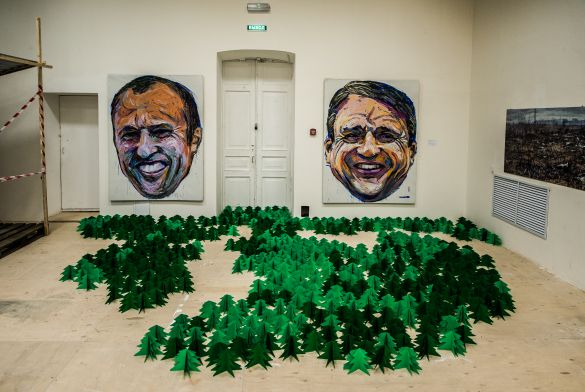 Thousands of Russians, religious or not, are taking a dip in sub-zero waters — wearing only their bathing suits.