Well, ladies and gentlemen, it finally feels like winter! Sunshine, snow and way-below-zero temperatures is exactly how I like my winters to be, so I'm pretty happy — but if you're tired of the cold, there is a surefire way to take your mind off the weather: January might be a bit slow in terms of great gigs, but there still are some that are worth checking out, and I'm going to tell you all about them.

Friday night is actually all about Saturday Night — Saturday Night Fever, that is. So if you're a big fan of the Bee Gees, put on your dancing shoes and head on over to Crocus City Hall for one of the greatest Bee Gees tributes in the world. 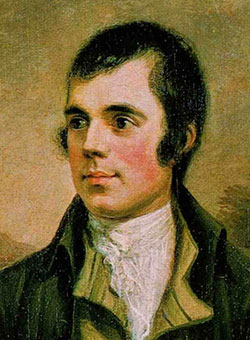 The Gibbs brothers formed the band 55 years ago and quickly rose to fame, picking up all kinds of music awards and critical acclaim on the way. The trio were successful for most of their decades of recording music, but they had two distinct periods of exceptional success: as a rock act in the late 1960s and early 1970s, and as prominent performers of the disco music era in the late 1970s. They received nine Grammys and sold more than 200 million records worldwide. But it was Saturday Night Fever — both the movie and the soundtrack — that sealed their reputation as musical superstars. The album was certified 15 times platinum, and the movie, starring a young John Travolta, remains a dance film classic. So if you want to Love Somebody or know what Staying Alive is like, get your tickets to this amazing tribute show immediately! This isn't Jive Talkin' — You really Should Be Dancing! Surrender to Saturday Night Fever at Crocus City Hall on Friday, Jan. 24 at 8 p.m. sharp. Tickets start at 1,500 rubles, and you can buy them online at www.crocus-hall.ru

Saturday is the capital's biggest club night, and this weekend is no different. Expect some exciting sets from DJs at clubs across Moscow — including a one-year anniversary of the youngest and most talented Russian EDM artists at Solyanka. The event, titled Blow Up: One Candy Year, will feature Celebrine with a synthpop-slash-house set and the Stoned Boys, who will tip their hats to Detroit's techno and many, many others. If you're looking for dubstep or some good old drum 'n' bass, then Arena Moscow is the place to be this Saturday. DJs Flux Pavillion from Britain, Pegboard Nerds from Denmark and Schoolkid from the U.S. are all in Moscow for Dubstep Planet, and it's promising to be an amazing night.

But if you're looking for something a little less vigorous, then I'd say give Motherland a chance. It's an Internet community dedicated to Russian rock and indie music, and they're celebrating their 2nd birthday with live performances from On-The-Go, Stoned Boys, Thy Lankasters and many other talented musicians. Both On-The-Go and Stoned Boys performed at the Afisha Picnic music festival in Moscow, sharing the stage with some of the world's most famous bands. The concert takes place on Saturday, Jan. 25 at the Powerhouse Club. Be there at 9 p.m. and enjoy the show! 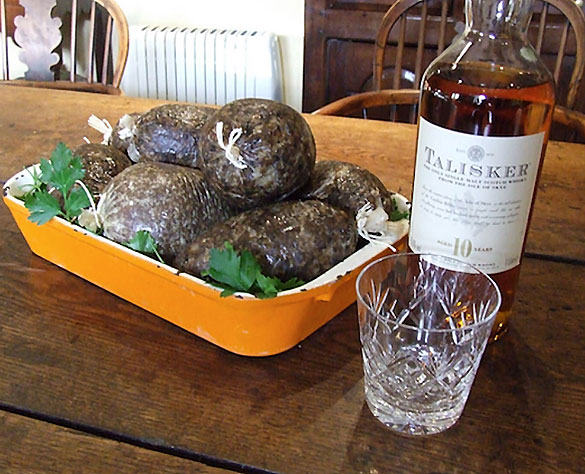 Scotch whisky and haggis are traditionally consumed on Burns Night.

And you can round off the weekend with a little help from Burns Night, an annual festival celebrating the famed Scottish poet Robert Burns. It's a national holiday in Scotland, but Burns is very popular in Russia as well, and this year's festival is the 5th. There's all kinds of things you can do within the festival's framework — like taste haggis and some great single malts at some of the city's pubs, and of course, catch some great live performances by artists from Burns' homeland. One of Scotland's most noted pianists Andy Thorburn is lined up to perform, as well as Ian Macfarlane and The Gorms, a lively folk-rock band from Edinburgh.

All in all, it can be a pretty amazing weekend — just don't surrender to the cold and stay in for two days! Moscow has plenty to offer, and even if you don't want to go see a live gig, wrap up warm and at least go ice skating or tubing. Embrace the winter, basically, because it's going to be here a while, and have a great weekend!