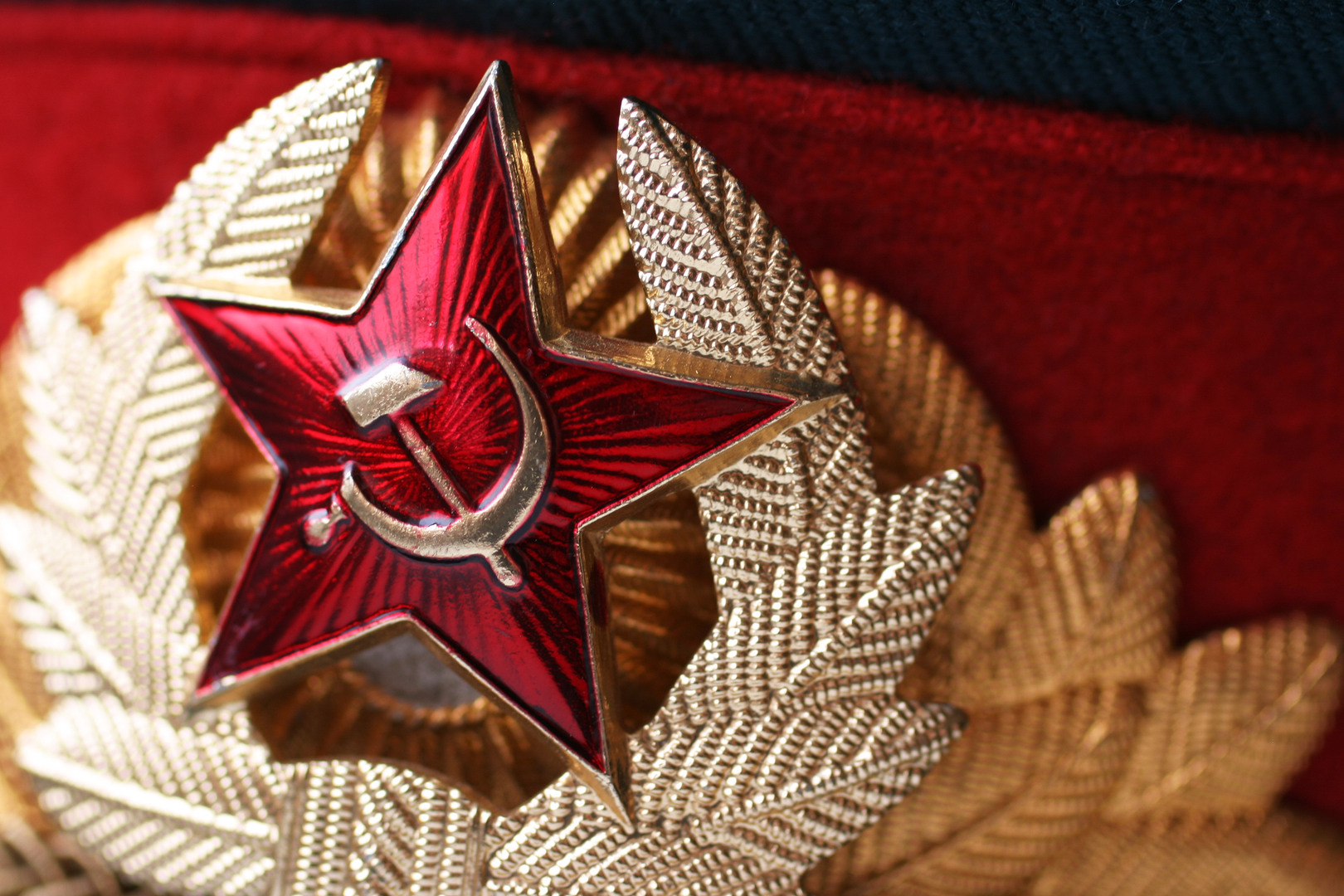 The symbol of the Soviet Union on a Russian Army officer's hat at Izmaylovo Market. ( flickr / beggs)

Ninety-one years ago today, on Dec. 30, 1922, the Soviet Union officially came into existence when the Treaty on the Creation of the USSR was signed following years of war. The treaty established a union of four Soviet republics- including Ukraine, Belarus, Russia and the Transcaucasian Federation- headed by a centralized federal government in Moscow.