The first images are surfacing of Mikhail Khodorkovsky, once Russia's wealthiest businessman, enjoying his unexpected freedom after being pardoned by President Vladimir Putin late last week.

Here is a collection of some of the best images since his release from a prison near the Finnish border on Friday. 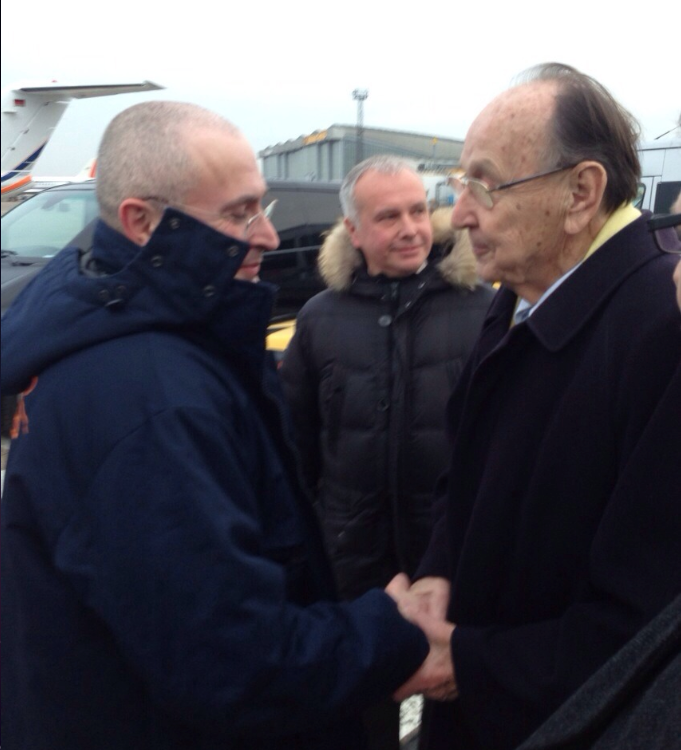 Mikhail Khodorkovsky being greeted by former German Foreign Minister Hans-Dietrich Genscher at a Berlin airport on Friday after arriving from St. Petersburg on a private plane dispatched by Genscher. The two later raised a vodka toast at the five-star Adlon Hotel, where Khodorkovsky and his family are staying in Berlin. (Photo credit: khodorkovsky.ru) 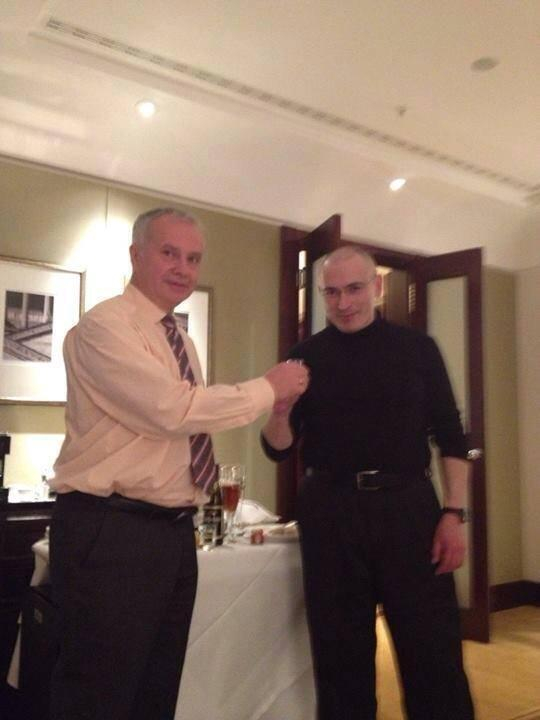 Khodorkovsky raising a toast on Friday with political scientist Alexander Rahr, who served as his interpreter with former German Foreign Minister Hans-Dietrich Genscher. Rahr also translated letters to the Russian authorities on behalf of Genscher for the past 2 1/2 years. (Photo credit: RT television / Twitter) 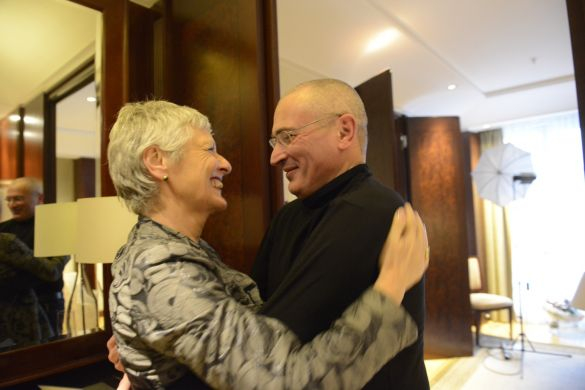 German lawmaker Marieluise Beck embracing Khodorkovsky in Berlin. "Over the years, Beck has fought tirelessly to raise awareness of the case, including an attempted visit to the prison camp which was blocked by the authorities," according to a statement on the khodorkovsky.ru website. (Photo credit: khodorkovsky.ru) 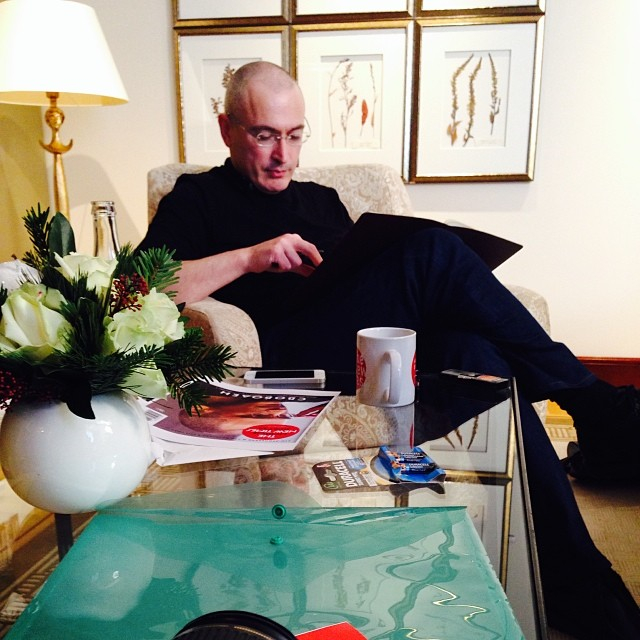 Khodorkovsky giving an interview to The New Times magazine in a photo published by the magazine's reporter Vera Krichevskaya on Instagram. (Photo credit: verakrichevskaya / Instagram) 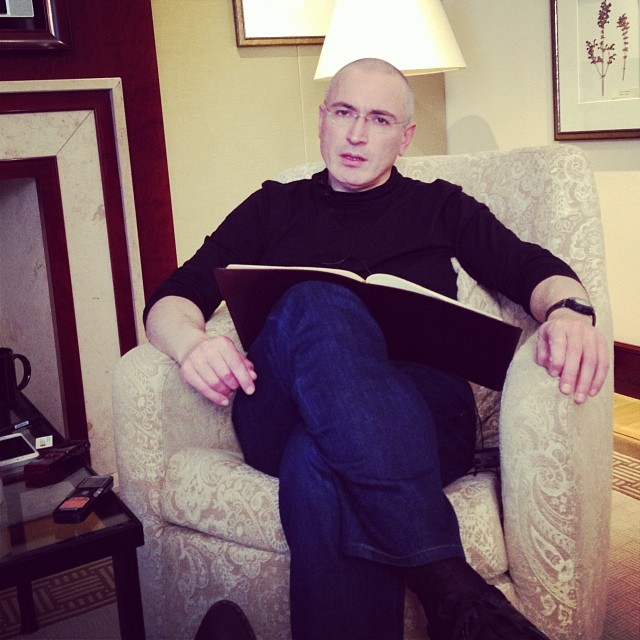 Another photo from the New Times interview, this one published by the magazine's editor-in-chief, Yevgenia Albats, on her Instagram account. He told the magazine that he did not intend to get involved in Russian politics now that he is free. (Photo credit: ymalbats / Instagram) 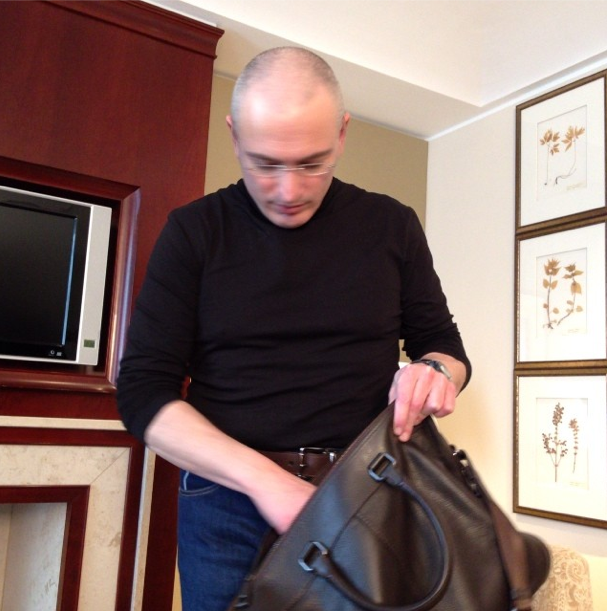 
Khodorkovsky speaking with his family by phone. (Photo credit: khodorkovsky.ru) 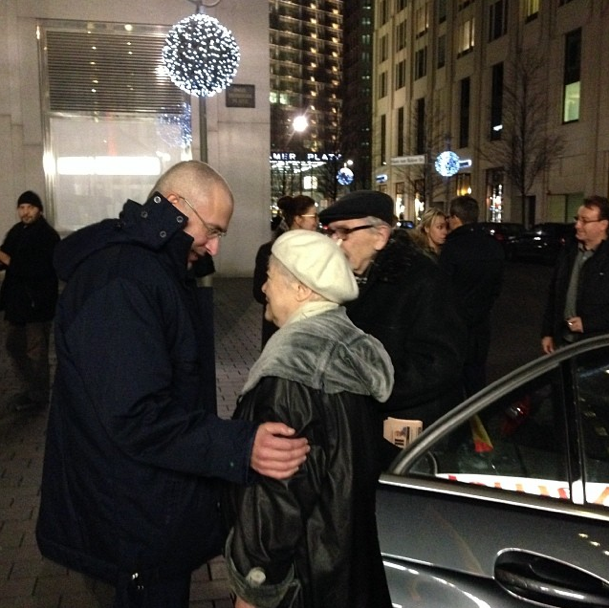 Khodorkovsky, 50, meeting for the first time with his parents — Marina, 79, who has cancer, and Boris — outside the hotel where he is staying in Berlin. (Photo credit: ymalbats / Instagram)

Khodorkovsky Says No Plans to Return to Russia