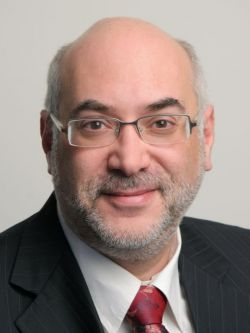 Russia's Ministry of Economic Development, or the MED, is proposing a permit requirement for foreign individuals, non-Russian companies and Russian companies that are owned by more than 50% by non-Russians ("foreign investors") for real estate transactions. The proposal is contained in the draft federal law "On Specifics of Real Estate Transactions involving Foreign Persons and Amendments to Federal Law No. 122-FZ 'On State Registration of Rights to Real Estate and Transactions Therewith' of July 21, 1997." In considering this draft legislation, we must ask why is it needed, and what impact will it have on the Russian real estate market and the investment atmosphere in Russia in general.

Real estate development, particularly commercial real estate in Moscow, has been one of the few notable bright spots in the Russian economy. Jones Lang Lasalle recently characterized this market as the hottest in Europe. Why then would the MED propose additional regulations for this sector aimed at limiting foreign investment, which has been a key to the success of the sector? It appears to be motivated by purely political factors. The Law on Foreign Investment provides that foreign investors are to be treated the same as Russian investors with very few exceptions. Increasing those exceptions and placing an additional requirement to obtain a permit only on foreign investor should be considered only if there are compelling reasons. 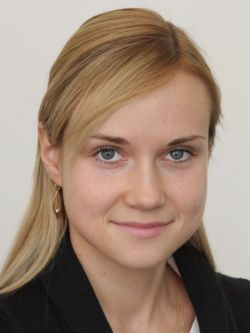 The time period for granting a permit is to be limited to one month, but practice has shown that substantial delays are possible. Every involved in the industry knows that often a delay of even a few days can be sufficient to lose an important opportunity. The competent authority, which has not yet been defined, can refuse to grant a permit if the applicant's purchase or lease of real estate may create a threat to Russian security. The criteria for determining what constitutes such a threat have not yet been elaborated upon, adding to the uncertainty and further heightening risks. This extremely broad language permits denial of a permit for virtually any reason.

The draft law provides that the decision not to issue a permit to a foreign investor for a transaction may be appealed in court. A real estate transaction completed by a foreign investor in Russia without obtaining the necessary permit will be deemed void. It is planned that the draft law will go into effect in the first quarter of 2015. It is worth noting that the Russian Government will also determine lists of Russian territories and foreign states to which the draft law will not apply. Should exceptions be carved out, the unequal effects of the law will only be heightened.

According to the summary report to the draft law, the purpose of the law is to ensure Russia's security by preventing formation of so-called "ethnic enclaves" and establishment of foreign control over Russian territory. However, even if this were a legitimate goal, it is far from clear how the new rules will prevent formation of "ethnic enclaves" on Russian territory. It must be obvious that this issue can only be addressed in the context of immigration legislation, and not by instituting a significant hurdle for foreign investment in the real estate sector. Moreover, the MED's draft law is lacking an assessment of its compliance with WTO requirements, specifically, the provisions on creating preferential business conditions. It is essential that any type of legislation that is clearly discriminatory be reviewed for compliance with Russia's commitments to the WTO.

We note, as the MED has emphasized, that many countries have notice requirements for acquisition of real estate by foreign persons. But a notice requirement is far less restrictive than a permit requirement. Should the draft legislation be adopted as law, there can be no doubt that it will have a negative impact on the booming Russian real estate market as well as on the overall investment climate. Our hope is that the Duma will place improving the investment climate over politically inspired legislation that can only have the effect of lowering foreign interest in investment in Russia.