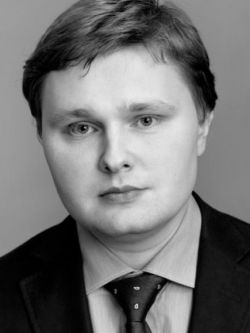 Looking back at how the year began, there were few signs that 2013 would be the most successful year in terms of the quantity of PPP projects in Russia. But the facts speak for themselves. Nine projects (the statistics were taken for the PPP projects in Russia where external legal consultants were engaged either by the public side, the private side or the lenders) either were launched or have reached financial closure in the course of the year (we will speak of those shortly) and the officials sound very optimistic about how the PPPs will perform next year.

These prognoses do not seem to be too optimistic considering that the state parliament is expected to give way to the federal PPPs law during the 2014 spring session. Despite the law becoming more elaborated and in some instances overcomplicated (compared to how it looked like when it was first introduced to Duma by the Economic Ministry), it is still not far from the market. Once the law is there and effective it will knock the bottom out of critics who recommended against non-concession PPP schemes based on a questionable logic that since non-concession PPPs are not regulated by federal laws they are invalid. The law will operate as a gateway to many regional PPP projects that were constrained by absence of federal PPP framework.

Going back to what reached the market in 2013 these were two federal concessions, one federal non-concession PPP and four regional deals. Out of this total, there were a number of groundbreaking deals and the following highlights what has been achieved.

• A federal concession project to construct an all-Russia toll system that integrates Russian Glonass space navigation and cell networks to monitor distance travelled by heavy trucks (equal to or exceeding 12 tons) and apply charges based on the mileage. A federal law is underlying this project that requires the system to become operational on Nov. 1, 2014. The project has crossed the PQ phase and is now closing to the bid submission date.

• A GK Avtodor-ran federal concession to construct sections 7 and 8 of M-11 (Moscow-St. Petersburg) toll road. This project is an extension of the first section of the Moscow-St. Petersburg road, which prompted significant protest actions back in 2007 for its allegedly non eco-friendly approach to forests. Apart from its immense cost (more than 84 billion rubles), the project is remarkable in that it combines both the federal government and GK Avtodor on the grantor side a good example for the regions that are often in need of summoning several public entities in a PPP deal. Same as in above, prequalified bidders have been selected and the tender phase is under way.

• A GK Avtodor-ran federal non-concession project to construct a TSKAD ring road (which is a road at the outskirts of Moscow running on the premises of a formerly classified military road used for air defense). The project will be financed largely from the funds of GK Avtodor (just 10 p.c. will be drawn from the market) and is therefore more of a construction contract than a project finance deal. What makes the project special is its non-concession nature this fact is already used by proponents of non-concession PPPs to advocate legitimacy of such projects. The project is a one-stage tender and bid submissions will take place in April.

• A massive railway PPP project to construct and operate a railway line (including bridges) in Urals which will be mainly used to deliver gasoline products from northern Russia to St. Petersburg ports and elsewhere. The project is in the development phase and is thought to be implemented as a regional non-concession PPP. If the deal is completed, it will be the first Russian rail PPP project.

• A toll bridge project in Udmurtia is the first regional non-St. Petersburg toll road project to reach financial close in Russia. The project is also remarkable for the length of negotiation process leading to the financial close it took the parties more than 17 months to get there.

The other PPP deals in 2013 included:

• a project to construct three facilities used to test new pavement and other roads technologies. The project is conducted by the federal highways agency;

• a project to construct the central bridge in Novosibirsk;

• a concession project to construct and operate a bridge over the Lena river;

The above four projects are still in their development.

2013 is also noteworthy for the fact that Herbert Smith Freehills (declared the best PPP law firm of 2013 in Russia by World Finance magazine) was instructed in 78 p.c. of all Russian PPP projects a truly unprecedented record for a law firm and the confirmation of clients attitude towards the work we do (the first footnote above applies here too.).