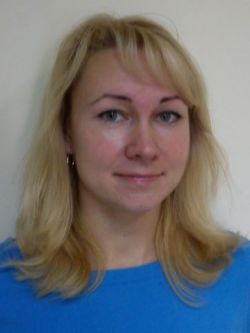 There have been barely any days recently when the European Union didn't feature in the news headlines. The EU is in crisis and is fighting for survival and for its common currency. The economic prognoses warn of the stagnation and zero growth. It has become more and more clear that the main strategy should focus on strict economic and financial integration between the Eurozone-countries and strong observation of European norms.

Driven by the big, powerful German and French economies, Europe accounts for a number of small countries, a fact we tend to forget. These economies contribute significantly to the European economy. Despite the fact that Brussels is the capital of the European Union, it remains the Belgian capital, which overcame financial crisis better than some EU-countries.

Belgian BNP rose slightly by 0.3 percent in the 3rd quarter of 2013 compared to the 2nd quarter of the same year, estimated the National Bank of Belgium. In comparison to the 3rd quarter of 2012, we saw small signs of growth by 0.4 percent. The external demand for Belgian products and services picked up slightly by 1.3 percent, which is better than the internal demand, which increased by 0.9 percent. It shows very slow improvement of the Belgian economy. According to some experts, the positive figures from Belgium represent a positive signal for the whole Eurozone. They say Belgium has an enormous open economy, which could have profited from its powerful neighbors.

Speaking of Belgium, it is worth mentioning its largest region — Flanders, with its high and increasing economic performance. With a low unemployment rate and evolution of the purchasing power, Flanders endured the economic crisis better than other European regions, according to the report "Flanders Outlook 2013," which compared Flanders to 15 European regions in terms of economy, labor and innovation.

The Flemish economy is open: it realizes a lot of exports and is characterized by a high number of multinationals, often with decision centers abroad. The hot spot in the Flemish economy is the chemical sector, ICT and Telecom, machinery and, of course, logistics and distribution. The business sector is fit to innovate and has a rather high innovation rate of 52 percent. The most innovative sectors are ICT and electronics (84 percent). Flanders has strong knowledge production: both the publication and impact rate of Flemish scientists are high. Performance on patents is above the EU level. Moreover, the innovation capacity of Flanders is relatively high: Flanders has a high share of researchers in the active population, and human resources are well trained. Participation of Flemish youth and young adults in higher education is very high: as a result a large — and growing — share of the population is higher educated.

Incidentally, the EU Committee of the Regions has recently chosen Flanders as the European Entrepreneurial Region of the Year in 2014 and awarded the prestigious EEA label. The European Entrepreneurial Region (EER) award is recognition of the EU regions with the best political vision and the most advanced Entrepreneurship Action Plan. Flanders was one of the three regions to win, along with the regions of Marche (Italy) and North Brabant (Netherlands).

Flanders emphasized that the most important goal is to encourage and support Flemish companies, large and small, in every stage of their life cycle.

In many ways, Flanders is successful in managing its innovation system and the government will continue this effort. In the past (for example the Strategic Research Center IMEC), Flanders has already shown productive endurance in its support.

Sustaining an increase in the financing of research — even in times of slow economic growth — is the goal of the Flemish government.