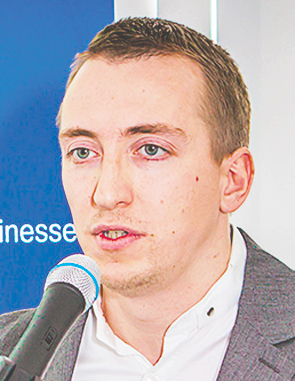 It ain't over 'til it's over

As this year is drawing to an end, everyone in the pension industry is slowly breathing out, uncurling the crossed fingers and unclenching the fists held for luck. Looks like another round of pension reform is over. The changes it brought along will have an unprecedented impact on the sector; at least, nothing similar in scale has happened since 2004 when non-state pension funds were allowed into the funded component of the pension system, the OPS.

The funded component still stands, although it took a serious beating: the 2013 payments will be frozen until respective pension fund gets re-licensed by the Central Bank. For an OPS licence renewal, a pension fund must go joint-stock and join the pension accumulations' insurance system. The 2014 payments will be nationalized to mend the state budget deficit. Molchuny ("the silent ones" — those who have not yet transferred their OPS accounts out of the state pension fund) will be automatically switched to the PAYG (pay-as-you-go) component, starting 2016. The new pension formula that kicks in 2015 is not anywhere near as transparent and logical as it was meant to be.

The current version of the state-run pension system is designed to support the less affluent strata of the population. For example, assessment base for the funded component is limited this year at 568,000 rubles (less than 50,000 rubles a month). Yes, this is two times the average wage in most Russian regions and about the average for Moscow, but not some unthinkable riches. All those who earn more (and pay proportionately more taxes into the PAYG component) — currently about 30% of the working population — will be getting a significantly lower income replacement rate.

Expectedly enough, the little trust in the compulsory pension system the general public had is rapidly waning.

Naturally enough, more and more people start thinking of alternative ways of putting together a pension pot. What implications does that hold for the Russian labour market? Corporate pension programmes (CPP) will become a significantly more attractive C&B feature than before for employees and job-seekers alike.

Here I have some nicely compartmentalised reasons why CPP is a must for any company already now.

Over ten recent years, the labour market in our country has mostly been (with the exception of 2008-2009) sellers. A lot of factors contributed to this. The high-speed economy of the 00s, deteriorating education quality and the gap between the actual job requirements and the graduates' qualifications… whatever the reasons, talent acquisition and retention remains high on the HR agenda of any company. On the other hand, over the same period the market has grown more civilized — and people get used to good things easy and fast; more and more rider lists of top pros include a line on pension plan. The nonchalant rationale "pay me enough and I will buy everything myself" gives way to a more perky one where a thick c&b package is appreciated.

The early bird catches the train. Today in Russia, only one employer in six (or one in five, estimates vary) provides a CPP to its employees. So far a corporate-sponsored add-on to pension is not mandatory, and those employers who invest into it just like he invests into training and development and other personnel-related costs.

Launching a corporate pension programme today, the employer gets everything the early bird gets: the kudos and the glory as well as an early start over competition, enlisting to the vanguard of socially responsible employers, employers of choice. In several years companies are very likely to be mandated to shoulder extra costs of pension support, and then the money will be spent anyway, but with a much lesser fallout.

Another fine point: today, pension providers are competing for their customers and meet them much nearer home than halfways.

When corporate pensions get to be a mass-product, the servicing terms will be streamlined and the willingness of providers to make allowances to their prospective customers will subside.

You must pay taxes. But there's no law that says you gotta leave a tip.

Already now, tax incentives for pension-aware employers exist — whatever payments made towards employees' pension plans, do not, unlike salary, incur social tax (30%) and can be exempt for the corporation tax assessment purposes to the extent of 12% of the gross payroll.

There are also tax preferences for individuals — payments made to a voluntary pension scheme are exempt from income tax, so a refund can be claimed — and a promise of more to come.

A standard CPP is like a car — you have two pedals, gas and brake. You may either step the gas, wishing to attract and motivate, or you may step on the brake and gently coerce some of the staff into retirement.

To rev up your personnel you may set the entry requirements.

Based on the individual circumstances, the company may demand a certain minimum period worked. Also, you can toggle the vesting period (meaning how soon the employer will be able to lay hands on whatever the company has paid into his account). Saving gets addictive, and as the pension pot gets fuller, people will think thrice before leaving it behind!