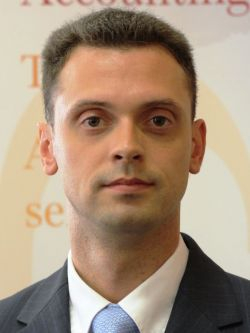 Taxpayers that are active in more than one country have to cope with many uncertainties, but one thing is certain: Every tax authority in every country is putting more and more energy into assuring that no one pays less taxes than they should. Transnational companies have to be very prudent when setting transfer prices, as these prices constitute the basis for taxation. It is therefore very important to identify the point where the company's tax burden is optimal on an international level, the amount of tax paid is sufficient from the point of view of tax authorities, and there is no double taxation at group level. Finding this "constellation" requires a vast amount of energy and effort from taxpayers.

Russian officials confirmed that the new legislation contains a lot of evaluative criteria, which is quite unusual for Russian tax legislation.

The novelties among these principles include:

• The submission of notification on controlled transactions and transfer pricing documentation;

• The possibility of mirror adjustments;

• The possibility to conclude an advance pricing agreement;

• Special audits performed by the tax authorities; and

Though there was a list of related parties before Jan. 1, 2012, it has been replaced with a new one. Thus, the new rules establish 11 criteria of interdependency; this list is generally closed, but under certain conditions the court may decide that parties are related if the relationships between the parties might affect the financial results of the transaction.

Every tax authority in every country is putting more and more energy into assuring that no one pays less taxes than they should.

In order to avoid additional day-to-day work related to transfer pricing, the largest taxpayers have the opportunity to conclude advance pricing agreements with the tax authorities. Once concluded all transactions within the scope of such an agreement are not subject to any further control. The downside of this option is that it is available only for the largest taxpayers.

The first audit will be Nov. 20, 2013 when taxpayers must submit the so-called "Notification on controlled transactions'' for 2012. If the taxpayer has not done any work in this respect yet, then it is recommended to make a review of all transactions with related parties as soon as possible to find out which of them will be subject to control.

Due to the opaqueness of different statements in the new rules, we believe that their practical application will give rise to a lot of questions and disputes with the tax authorities. At the same time, it was declared that the new transfer pricing rules are aimed at controlling the larger taxpayers, so in theory they should not affect small and medium businesses.