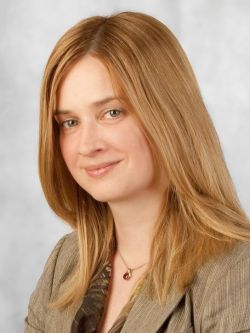 Needless to say, public private partnership (or PPP) may have a significant role in bringing much needed private investments in the public sector of the Russian economic. In addition, using PPP mechanisms provides a way to improve management efficiency while utilizing essential infrastructure and innovative projects. And what' is more, PPP can be a reasonable alternative to divestiture (also known as privatization) of vital strategic state property.

The recent Russian legislative regulation of PPP agreements is quite scattered and complicated. Respective relations are subject to separate provisions of the Civil Code, a number of specific federal laws (e.g. the laws "On Concession Agreements," "On Production Sharing Agreement," "On Placement of Orders to Supply Goods, Carry out Works and Render Services for Meeting State and Municipal Needs," etc.) and regional laws.

Eligible forms for the Federal PPP projects implementation is practically limited to BOT, BTO, BOO and Lease Agreements. In these circumstances private investor is unable to acquire right of ownership to the subject of PPP. And such a situation negatively affects the bankability of federal PPP projects (due to the lack of security instruments). Nevertheless, it should be noted that some additional forms of PPP are stipulated by regional laws. The most interesting in this regard is the experience of St. Petersburg.

The adoption of Concession Law in 2005 started serious development of PPP agreements both on federal and regional level, for instance: Moscow-St. Petersburg road, M1 Moscow-Minsk road (Odintsovo City bypass), granted by Federal authorities (in the form of BTO), Pulkovo airport, implemented with the City of St. Petersburg participation (structured as BOOT). There is also a number of large-scale projects which have been awarded but not yet implemented (e.g. Angaro-Eniseiskiy Cluster, BELKOMUR Straightening Railway, etc.).

However, the Concession Law, which is currently considered to be the basic law on PPP agreements on the federal level, is often constructively criticized for being too detailed, over prescriptive in terms of a number of issues that can make the implementation of concession projects difficult or even impossible in practice. It is also extremely restrictive in respect of security instruments, too prescriptive regarding concessionaire's obligations and selection procedure, and it does not allow international arbitration.

Moreover, the absence of a self-standing piece of legislation regarding PPP, which could allow any investor to learn the entire regime applicable to a concession project, is indicative of national PPP regulations quality and may adversely affect its implementation.

Consequently, the draft Federal Law "On Basics of Public Private Partnership," considered by the State Duma in the first reading in April earlier this year, shall be regarded as a long-anticipated tool to procure the new level of Russian PPP projects development.

Draft Law brings the concept of PPP agreements, sets forth principles and criteria for determining a project as PPP, specifies the scope of federal, regional and municipal authority, determines the general procedure for a tender to select a private investor. Draft also provides necessary changes in the land, tax, budget codes and the law on competition.

We strongly believe that the Draft Law adoption will provide public and private partners with a set of more flexible legal instruments to carry out PPP projects and utilize them more efficiently.