Leo Feigin's personal role in the exchange of jazz music between the former Soviet Union and Britain is incomparable. Having immigrated to England five years before the 1979 launch of 'Leo Records,' he put out hundreds of releases, including from the likes of Sun Ra and Cecil Taylor, as well as the Russia-based Ganelin Trio and Sergei Kuryokhin.

From August 8 to 11, with the help of musician Alexei Kruglov, Feigin is bringing a selection of contemporary jazz to the capital, which will include a day of workshops, films and jam sessions based at the Tsaritsyno estate.

Launched last February, the festival will showcase the best in contemporary Russian music. The long weekend kicks off at Jazz Essay with Arkhangelsk-based "Art Ensemble," Kruglov himself, a father and daughter folk duo from Irkutsk, and the avant-garde group, "Brom."

Feigin spoke to The Moscow Times via e-mail about his past, how he has observed the development of the genre and the difficulties in promoting new music. 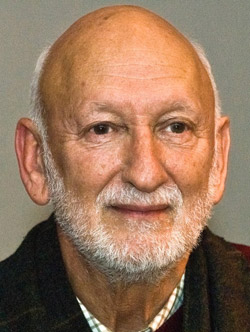 Q: As we understand it, jazz in the Soviet Union was fairly inaccessible. How did you develop an interest in it?

A: When I was a young man in the USSR, jazz was everything to me and my friends. It was the personification of freedom —  the only art form that could not be censored. The important part of jazz is improvisation. One cannot censor improvisation. There was the velvety voice of Willis Conover broadcasting the jazz hour on Voice of America.  There was a black market where you could buy LPs.  There were tape machines or "magnetophones" to copy LPs and there were occasional live gigs. Jazz was a screen to hide behind so as not to see the ugly Soviet reality.

Q: When and why did you first decide to set up Leo Records?

A: I left the Soviet Union in 1973 and went to Israel. From Israel, I applied for a job — and got it —  at the BBC Russian Service in London. I started in 1974. Part of my job was producing and presenting a weekly jazz program. By 1979, I knew the jazz scene in London inside out.

At the same time, I felt that BBC was not using me completely, there was a lot of energy and curiosity left. It became obvious that some should be diverted to something else. My friends in Russia sent me a tape which was smuggled out of the country by some foreigners. This tape happened to be a recording of the Ganelin Trio. It was extraordinary … that was the beginning of Leo Records.

Q: How did your experience of the two separate countries — England and Russia — help you to develop methods for releasing the works of talented artists?

A: Sheer intuition. The most difficult thing is to see the talent and encourage it. The trouble is that you cannot study to become a producer. You have to just become one. Having produced over 800 CDs and LPs, I can declare with some authority that the only talent a producer must have is the ability to talk to people. One meets so many people on the professional level that one must know how.

Q: What do you feel has changed in the field of jazz since you began — especially in Russia?

A: I feel that jazz has become a dying animal. Life changed, and jazz as a reflection of life has changed as well. It became an entertainment. However, nothing stands still and we have wonderful new movements ."New music," "free-jazz," "avant-garde" music, etc. Jazz became entertainment because it is limited by many things: rhythm, tonality, sonority, etc. One cannot get over these limitations. And now we have music that is open. OPEN MUSIC! Everything is allowed but one thing — cliches.

Q: Which contemporary musicians from your catalogue can you highly recommend?

A: Every one of them. It's all a matter of money. There are things I would love to be using but I cannot afford them.

Q: What will the festival highlights be?

A: The existence of a fantastic atmosphere that unites both musicians and the audience. This will be the highlight.

Q: This is the second time it is being held — do you hope to make it a yearly event?

A: I would love to, but it depends on so many things. You never know what will happen in Russia in a year. It might be a dictatorship or it might be a democracy.

What is certain is that we shall never have enough money to stage a really great festival of new music. I don't hope that some oligarch wakes up one day and offers us a very small part of his fortune to stage the festival.

I do very little for the organization of the festival. It is all done by musicians. We are lucky because we have a brilliant promoter and saxophone player, Alexei Kruglov. He is the real hero of this festival.