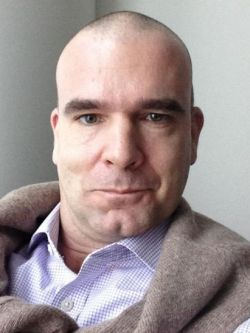 When at a Japanese organization operating in Moscow a local employee was asked to make a detailed report on a substantial mistake he had made, the outcome seemed clear to him as much as to his colleagues, following the chronology of answers to the perennial Russian questions: "Who is to Blame?" (A. Herzen) and "What is to Be Done?" (N. Chernyshevsky). Once the culprit had been publicly identified, everybody expected him to be dismissed and replaced by a new employee, who, in turn, once firm in his new role would have replaced most of his or her subordinates with former colleagues, friends or relatives.

When the employee was instead asked to add to his report suggestions on improving related business processes that would prevent such a mistake from happening again while continuing in his job, he and his colleagues were slightly bewildered. When he was awarded the "Kaizen Champion" prize at the annual corporate event for creating the most outstanding business process improvement, thus saving the company a significant amount of money, they were altogether stunned. Working for a non-Russian organization had turned out to be quite different, after all. And the employer had drawn conclusions as well. The Japanese CEO asked local HR to ensure that Kaizen policy and procedures became indispensable parts of the organization's employer value proposition, they were ingrained in the recruitment and induction processes and the competency model including compensation parameters. Above all, on a quarterly basis, the notion of Kaizen was to be clearly communicated to all employees as a behavioral guideline.

It is tempting to follow the local employees above and attribute differences in dealing with mistakes to national cultures given the obvious country of origin of the organization and its expatriate employees, underlining the difference between Russian and non-Russian (although usually Western) organizations. Two decades ago, hardly anyone would have disputed such a divide as it was the state (then Soviet as opposed to Russian, today) that created organizations for a national economy (their names, "Red October," "Homeland" and "Ilyich's Way" speak for themselves), opening the gap between Western capitalist and Eastern communist economies. But since the collapse of the Soviet Union, and up until Russia recently joined the WTO, the country and its organizations have gradually integrated into the world economy. Likewise, the change in economic paradigm has influenced Russian enterprises and given rise to the importance of corporate as opposed to national cultures. Until recently, the line between Russian and foreign companies was still clearly drawn and most careers paths were pursued either in one or the other, starting from graduation and with very little overlap. This has changed significantly: Russian companies now develop with advice from international consultancies, expatriates pass on expertise to locals either in foreign companies (to be replaced by locals) or in Russian organizations (being attracted by challenges in a diverse environment and a higher salary) and Russians repatriate with foreign education and expertise. This has revealed the pre-eminence of corporate culture over national culture, and it discourages us from speaking of a "Russian" corporate culture today, just as it would be wrong to label Kaizen "historically Japanese," since the concept was introduced to Japan by the U.S. after WWII through "Quality Circles" to help rebuild the economy.

If a corporate culture is defined as the values and behavioral norms all employees of an organization share, the question remains how such cultures are shaped and may be influenced by management. Important external factors appear to be size, ownership, industry (oil and gas, financial services, etc.) and geography (rural/urban) whereby successful American and Russian business communication in the oil and gas or IT industries serve as convincing examples. Important internal factors include mission and strategy, corporate values, behavioral do's and don'ts and, above all, the role model senior management sets and enacts. An increasing number of HR professionals are asked to enforce these values and behavioral norms and align their tools such as reward, performance and talent management, respectively.

The success of a corporate culture is of key interest to all stakeholders. Prime examples of successful corporate cultures incorporate best practices (such as Kaizen) into the values and norms of behavior of the organization beyond national borders, taking into consideration aforementioned external and internal factors. In this respect, dismissing an employee on the grounds of having made a mistake is not so much a "Russian" trait as an ineffective management decision encountered in many countries. The reason for the mistake is not established, any improvements are disregarded and the costs of hiring a new employee may be multiplied by colleagues following suit with interruption to the entire business. Successful organizations have therefore enlarged HR responsibilities to leadership development and talent management whereby HR continuously works to improve the performance of the entire organization.

Cultural differences may still be discerned on the backdrop of a cohesive corporate culture (as G. Hofstede did at IBM establishing "cultural dimensions"). However, by exaggerating these differences and speaking of a Russian corporate culture, one opens the door to behavior reducing the performance of the entire organization: "You can't do this here — it's Russia!" the locals may exclaim to their expat manager, only to hear from him "Stop being so Russian!", whereupon one side tries to cover their dislike for change and the other jumps to conclusions through sweeping generalizations. In an organization with a successful corporate culture where values and behavioral norms are carefully communicated, rewarded and enforced, employees will receive guidance on what is right and wrong in many situations anywhere in the world. Locally, they may actually find answers (albeit on a small scale) to the infamous question "what is to be done" and will hardly experience the need to blame anyone.