President Vladimir Putin on Monday urged gas-exporting countries to step up joint efforts to deal with challenges that originated in the United States and Europe.

He spoke at a conference of the Gas Exporting Countries Forum, or GECF, which brought together delegates from such places as Iran, Qatar and Venezuela, in addition to Russia.

"We now need to move ahead toward closer interaction," Putin told heads of state and ministers from 12 other countries, seated around a large round table in the lavishly gilded Hall of St. Catherine in the Great Kremlin Palace.

The forum initially stoked fears of price fixing when it began more vigorous activity in 2008, but they never materialized. Instead, forum member Qatar dented Russia's share on the European market after rerouting its export flows from the suddenly self-sufficient United States.

Soaring production of shale gas in the United States created a global gas glut that also made Europe question long-term contracts that Gazprom, the Russian gas giant, has long been using for sales of its pipeline gas there.

Putin said the increasing output of shale gas and other unconventional types of gas was putting pressure on exporters of the fuel.

"I see it as a serious challenge for us all," he said.

Officials and Gazprom partners in Europe have cast doubt on the practice by such gas producers as Gazprom in which they link their gas price to the price of oil. 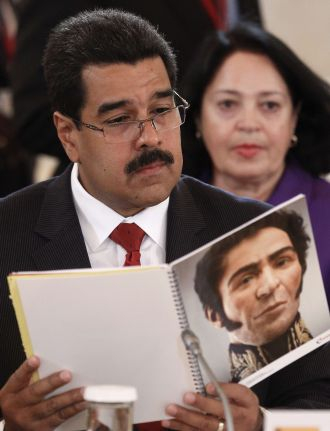 Putin said the attempts to sever that link would set "unfavorable" terms for producers of pipeline gas, again in reference to companies like Gazprom.

The president addressed another sore spot for Russia. Electricity generators and other buyers of gas have pushed for spot prices — which usually apply to liquefied gas shipped by tankers — to be the main reference point for piped gas as well.

Putin defended long-term contracts, for periods that can span decades, as a "time-tested" principle that should remain in place. Gazprom uses this type of contract to justify huge up-front investments in pipelines.

The Russian leader also attacked the perennial irritant in the gas trade with Europe: EU legislation that requires gas companies to divest themselves of any pipelines, in an effort to provide equal access of all suppliers to the delivery network. In Russia's view, the move endangers the supply of fuel under the long-term contracts.

Summing up, Putin said the forum members should speak in one voice to resist "unfair pressure." 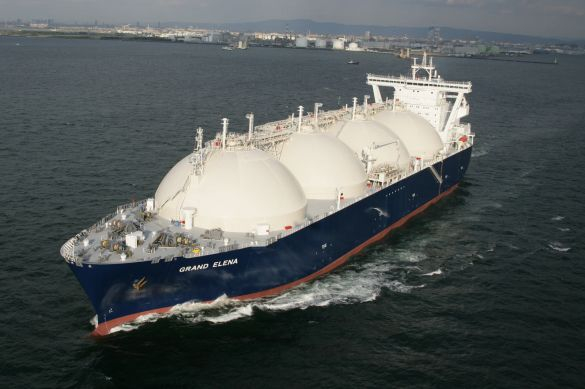 Member country representatives responded with speeches that were generally supportive of the link to oil prices and long-term contracts. Many of the speeches began with praise to Allah because Muslim leaders dominated the gathering.

Iranian President Mahmoud Ahmadinejad railed against countries — which he did not name — that have a history of slavery and now dictate unfair terms for global trade, in a veiled reference to the United States.

The forum members cumulatively account for almost half of all globally exported gas and hold 65 percent of the fuel's reserves.

Monday's conference, the second meeting of the group, adopted a two-page, eight-point declaration.

• Strengthen the GECF as a platform for defining and advancing the member countries' position on challenges and issues of international gas markets.

• Enhance the global-scale coordination of actions to protect the interests of gas-exporting countries in all areas, including interactions with regulatory authorities of gas-consuming countries.

• Preserve and enhance the principles of international gas trade, including risk-sharing mechanisms, which have proven to be effective and have allowed for the continued development of natural gas worldwide.

• Uphold the fundamental role of long-term gas supply contracts in financing large-scale gas projects along the value chain and in providing mutually acceptable solutions for security of demand and supply.

• Foster the consistent growth of natural gas usage as an abundant non-renewable source of energy to increase its share in the world's primary energy mix.

• Promote the expansion of natural gas utilization in different forms including motor fuel and feedstock.

• Encourage GECF dialog with all gas market players and stakeholders to promote gas as a driver for environmentally friendly economic growth and social development.