A Saudi prince is considering Moscow as one of the possible locations for the tallest skyscraper in the world, and though it faces competition from Shanghai, London and New York, the Russian capital can well claim to be a prime spot for such a project.

Russian buyers are increasingly more attracted to high-rise properties, which have become a rare delicacy since a law banning construction more than 75 meters, which is equal to 24 or 25 stories, within the Moscow Ring Road entered into force a year ago. And as fewer such sky-high properties are offered, their prices are expected to soar by as much as 11 percent per year.

The completion of skyscrapers that were already in the works when the new rules were introduced is permitted. This construction is now wrapping up, and although developers can seek individual approvals for future high-rise projects, experts do not expect any new properties to appear on the market before 2018.

There are 96 apartment buildings in Moscow that are more than 26 stories high. A third of them are new properties coming on to the market, according to a study that the developer Gras Group released last week. Five of the new buildings are located in Moscow City, and 70 percent are in western Moscow. 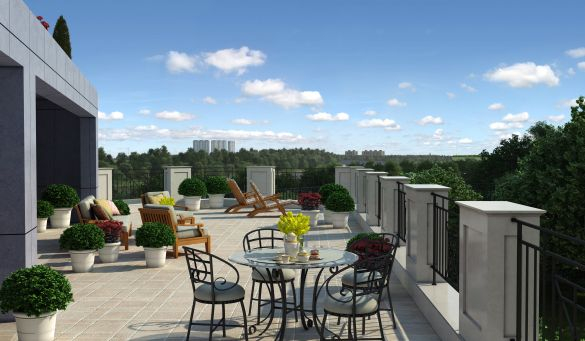 Besides the view, the top of Gras Group’s Utyesov project offers less noise and  less dirt to those keen to pay more. (Gras Group)

The highest offer available is in the Oko multifunctional complex that Vladislav Doronin's Capital Group is building in Moscow City. Here, a ready-to-move-in apartment on the 82nd floor sells for approximately 450,000 rubles ($14,000) per square meter.

There are now 2,047 apartments available on the top floors, but by 2018 there will only be 344 such apartments. Accordingly, prices are expected to jump from the current average of 285,000 per square meter to 480,000 rubles per square meter in five years, according to Yevgeny Shevchenko, commercial director at Gras Group.

Despite the steep prices, customers are willing to pay more for skyscraper apartments. Sixty percent of Gras Group clients buy the apartments on the high floors as an investment.

"We speculatively overcharged for the last three floors. On one hand it was something of an experiment and, on the other, a rather good move," Shevchenko said about Gras Group's high-rise complexes. "As soon as you raise prices on the last three floors, a person comes along who wants to buy the most expensive apartment." 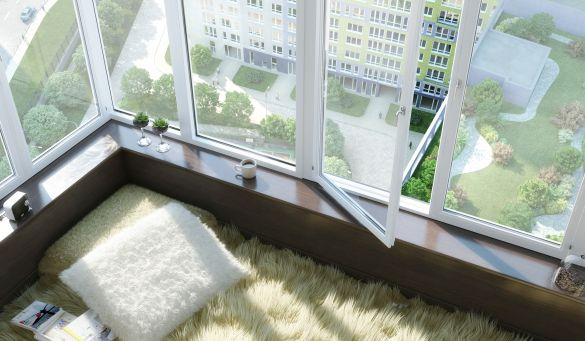 Many buyers of apartments in projects like Gras Group’s Utyesov complex are after capital gains, not places to live. (Gras Group)

The highest demand — 43 percent — is for apartments located between floors 20 and 28, Shevchenko said, having come to this conclusion based on a survey of 1,500 potential buyers. A little more than 10 percent of the respondents said they would want to live on the very top floors.

"Mostly these are young people for whom the high rise is a familiar format," said Pyotr Kirillovsky, marketing director at Gras Group. They are not afraid of heights, and on top of that, they enjoy the idea that Moscow will spread out under their feet."

Olga Tarakanova, head of Moscow apartment sales at Knight Frank, said that although the building restrictions made high-rise apartments rarer, they did not influence how many people seek out such properties. Some people will still avoid apartments on the top floors because they are scared of heights or are paying more attention to other factors, such as infrastructure and floor plans.

Interest from foreign buyers is particularly low. There are no high-rise apartments in the elite segment because these buildings are usually found in Moscow's center and are five to eight stories high, whereas residential skyscrapers tend to be located beyond the Garden Ring.

Navalny Due in Court Wednesday on Charges of Defaming War Veteran

The hearing was later postponed due to Navalny's inability to attend.
no service

Around 30 phone lines were reportedly cut off for more than 24 hours in what the consulate called an “unprecedented” incident.
NUCLEAR DEAL