With the coveted title of Russia’s biggest shopping mall operator, Ikea Shopping Centres leads in a market that is expected to become Europe’s second largest in the next 18 months. It recently celebrated its 10th anniversary and is making big plans for the future. 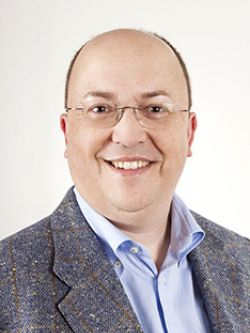 The milestone closes a decade fraught with disputes with local authorities and legal conflicts, some of which are still ongoing. A new country manager arrived in mid-April to give the company a fresh start for its next phase in Russia.

Two months into his tour, German Armin Michaely already recognizes the challenges that lie ahead. The company’s efforts to regain the trust of global management and find local employees that subscribe to its corporate value of humility are proving to be as challenging as assembling one of Ikea’s more complex pieces of furniture. But Michaely feels the instructions for continued success are clearly written and the formula proven, while customer traffic is so strong they have had to extend store hours past midnight on Fridays and Saturdays.

Ikea Shopping Centres develops and operates malls in Russia under the Mega brand name. The company came to the market in December 2002, opening its first facility at Tyoply Stan outside of Moscow, and now has 14 Mega complexes in 11 Russian cities.

The total floor area of the Mega malls is now an expansive 2.2 million square meters, while the number of visitors climbed from 17 million in 2003 to 254 million in last year.

Michaely, who has been with Ikea since 1991, when he started as an administrator at its Hamburg store, described these figures as “fantastic achievements.” But he also noted that the company was not in a rush to expand its operations in Russia. Rather, the key priorities for the coming years are to modernize existing facilities and increase their profitability.

“You should not underestimate the risks you have in a company when you expand too fast,” Michaely said, explaining that the existing properties have to be in top-notch form before the company will start new projects.

Ex-director for Ikea in Eastern Europe Per Kaufmann voiced a similar approach in 2009, stating that the company would not build more facilities until it resolved disputes with regional authorities concerning construction regulations and acceptance procedures of two facilities that were being built in Samara and Ufa.

Ikea also faced accusations of supporting corruption. Kaufmann was fired in 2010 for ignoring information that subcontractors tasked to construct a Mega mall in St. Petersburg had bribed local authorities to complete construction work.

The spending on improvements is significant. Michaely said the company plans to invest even more than the previously announced amount of 7 billion rubles ($218 million) slated for upgrading facilities — the figure could reach more than 10 billion rubles annually.

The initial focus of the modernization work will be on technical upgrades to facilities, after which attention will switch to improving commercial relationships with retailers, including the expansion of store areas. Most of this modernization work is expected to be completed in 2014.

When the time for regional expansion comes, Ikea will be looking at the larger Russian cities with about a million residents, Michaely said. Kazan and Novosibirsk are two key targets.

“I would not underestimate Russia. If you are successful here, then you are the best in Europe,” Michaely said. “If we can execute our plans more or less on time, I would assume that we would be the most important country in Europe [for Ikea] and from the growth potential I can only see China doing better.”

Russia is currently Europe’s third largest shopping center market with 16.5 million square meters of existing retail space, according to a report Cushman & Wakefield published in May. Another 2.4 million square meters are expected to be added in 2013-14, which represents almost a quarter of all new space in the pipeline in Europe for this period.

But despite his optimism about growth, Michaely sees many challenges ahead.

One of the key challenges is to regain headquarters trust in the business environment so that they will support investments into the local market.

Ikea Russia is now making a legal appeal in a 500-million-ruble ($15.6 million) tax dispute. Some of Ikea’s Mega tenants renovated their retail facilities and tax inspectors concluded that the prices they paid for the interior design improvements should be considered Ikea profits, which would require the store operator to pay additional taxes.

“It is important for us that we convince our owners to invest in the future market in Russia,” Michaely said. “Our owners are not close to the market. They’re not close to the people. They don’t know what the opportunities are in Russia. They come for two, three days, look at some stuff that we show to them and after this they have to get the feeling, ‘Yes, it is now the right time.’”

One tactic Michaely will use to increase corporate understanding of his business is to hire more Russians who are familiar with local real estate development practices. However, he is finding out that some candidates in Russia’s status-conscious society don’t always share the company’s core value of humility. This philosophy traces its roots to Ikea founder Ingvar Kamprad and is almost tangible in the corridors of the unpretentious corporate headquarters building situated in a forested area of Smaland, Sweden.

One potential manager received a good offer from the company but was crestfallen to learn that as an executive he would have to switch from his Volkswagen Touareg to a Skoda — the brand that the company’s lower ranking employees drive — and give up his personal driver.

“You don’t drive yourself. It’s a waste of time,” griped the potential hire.

“It’s not the most efficient way, but to be on the same level, to show that we are not one of these guys driving big Mercedes, it is important how we behave,” Michaely responded.