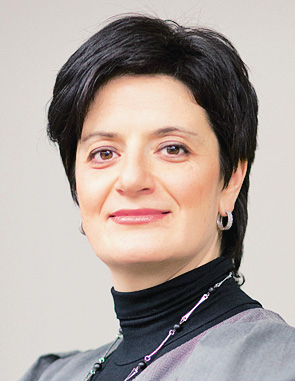 Andrei Tupolev, a leading Soviet aircraft designer, once said, "An unsightly plane won't fly." I think he could also have said that about a business.

An unsightly and user-unfriendly project is not viable. This is true about more than just the product one makes or the service one provides.

The convenience of use or, as modern IT professionals say, usability is the principal factor that determines whether or not some or other novelties may take root in a company, and whether the directives of its administration will work or forever remain only on paper .

Here is a practical example. A large Russian company had to pay a lot of money annually for business trips and representation. For these costs to be tax-deductible, employees had to, within several days, correctly complete half a dozen various forms and submit them to the accounting department. What do you think was the percentage of these papers submitted on time, and how much money was lost forever? Penalties did not work. Very often, employees were physically unable to fill in all the necessary forms within short intervals between business trips, so accountants, willingly or not, had to meet them half-way.

This is a story with a happy end. The company switched to using an automated system for managing advance payment reports. Now, employees can connect to a web portal from anywhere in the world and upload scanned copies of documents, fill in a typical form where some entries are made automatically, send their reports to their bosses for approval, from where they are then sent to the accounting department. Fast, simple and convenient. With that system, the number of errors and lost time decreased several-fold, and the company's accountants were now enabled to send all the data to the tax agency in a timely manner.

However, to make things work, companies do not always need complex expensive innovations. Sometimes just several simple steps will suffice. If you collect donations for something, place a donations box next to the office door so employees always see it. Don't write threatening instructions ordering employees to lock their switched on computers when leaving them unattended. Just use a program that will automatically lock any notebook after 15 minutes of inactivity. If you want to familiarize your employees with new materials, hang the documents near the coffee machine and they will assuredly be looked at by every coffee drinker.

These things seem obvious. Regretfully, Russia is still plagued by an administrative mentality and a lot of administrators believe their jobs are supposed to be creating certain routines and punishing people if they break the rules. They honestly believe this to be the way to put things right. These administrators totally disregard the discomfort they cause to employees and the amounts of time the latter need to spend working themselves into those routines. They also disregard the cost of the efforts that are necessary to make such faulty systems work. For instance, a company tries to make employees check in and out by hand, through a reporting system. Of course, employees will either ignore this system or make entries after the fact. The administration may come up with penalties for those who are late submitting in-and-out reports. That is, time is now spent not just on filling in these reports but also on catching and punishing violators. Make a note that this all is done on company time, and various employees are paid to do it. The making of this routine by the personnel director or another administrator is also paid for.

To stop people from trampling on lawns, one does not necessarily use barbed wire fences around them. It is enough to just cover the already forming paths with asphalt. Don't make your employees work themselves into routines. Just make the behavior models you like convenient for them.