Contribute Today
May 26, 2013
GROZNY — The father of a Chechen immigrant killed during questioning over his links with one of the Boston Marathon bombings suspects said he plans to travel to the U.S., where he thinks his son was tortured and killed.

Ibragim Todashev, 27, was killed by a federal agent in his apartment complex when he became violent during questioning over his ties to Tamerlan Tsarnaev, the older of two Chechen brothers suspected of planting two bombs at the marathon on April 15.

"I suspect that they tortured my son and that he suffered a painful death," said Abdulbaki Todashev, wiping away tears at the home he shares with one of his two wives in Grozny.

"I will try to go and get to the truth," he said as he received neighbors and acquaintances paying their respects to the dead man, the oldest of 12 children.

Todashev had met the Tsarnaevs when he travelled to the U.S. to improve his English, said his father, who works in the mayor's office and is said to be on close terms with Chechen leader Ramzan Kadyrov.

He said he gave his permission when his son asked to stay in the U.S. because he said it was safer than Chechnya. 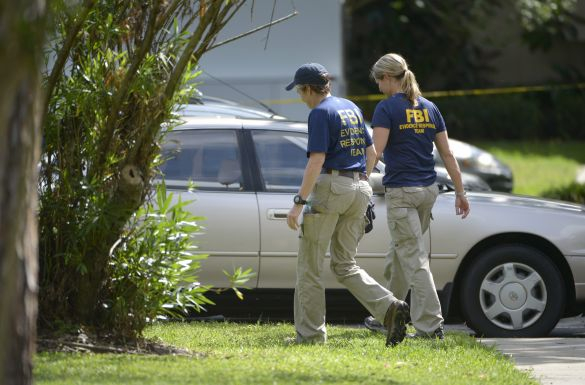 Todashev traveled to the U.S. in 2008 on a Russian passport, a federal law enforcement source said, and lived in Boston before moving to Florida, where he was killed. His father said he had a plane ticket to return to Russia on Friday.

"He shouldn't have left. He lived comfortably, and his mother was very worried about him because he was the oldest in the family and she was used to him being a model for the others," said a neighbor, Malika, who refused to give her last name.

The FBI agent who shot Todashev, who practiced mixed martial arts, has not been publicly identified but is from the agency's Boston division, the Orlando Sentinel newspaper reported.

U.S. media reported that Todashev implicated himself and Tamerlan Tsarnaev in an unsolved 2011 triple homicide in a Boston suburb that investigators believe was drug related. Authorities were investigating possible connections between Tsarnaev and the crime.

"Chechens have a power in their unity and interest in what happens in their homeland. It unites them. That's the reason my son became an acquaintance of the Tsarnaevs," said Todashev, speaking in the courtyard of his older wife's house.