Hollywood star Steven Seagal has spent time with Chechen leader Ramzan Kadyrov in the latest in a series of visits by Western celebrities to Chechnya.

"The famous American actor, film producer, writer, director and martial arts expert (seventh dan aikido) Steven Seagal visited our republic today," Kadyrov wrote Wednesday on Instagram, in a virtual copy of the Russian-language Wikipedia description of the ponytailed actor. "I invited him to my residence. We had a talk.

"I told him that I watch his films and I like them a lot," he said.

"Nobility. Willpower. Honor. Qualities characteristic of Chechens. So we can say he is almost a Chechen!"

Kadyrov posted photos of himself posing with Seagal, hand in hand, as well as of Seagal with several of Kadyrov's young sons and the actor dancing with a woman dressed in Chechen folk attire.

More details about Seagal's visit were not released. But the actor has visited Chechnya before for Kadyrov's birthday.

Seagal, star of the movies like "Above the Law" and "Under Siege," also made headlines in March when he joined President Vladimir Putin at the opening of a martial arts center in Moscow.

Kadyrov also met with the French actor Gerard Depardieu and British actress Elizabeth Hurley on Tuesday. The two actors are set to star in a drama currently being filmed in Moscow and Grozny. 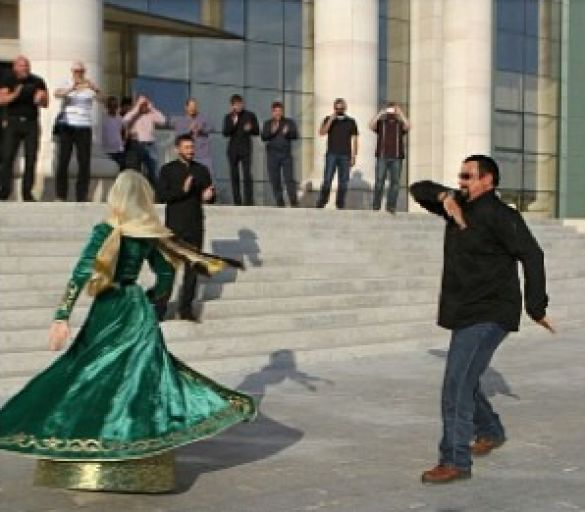 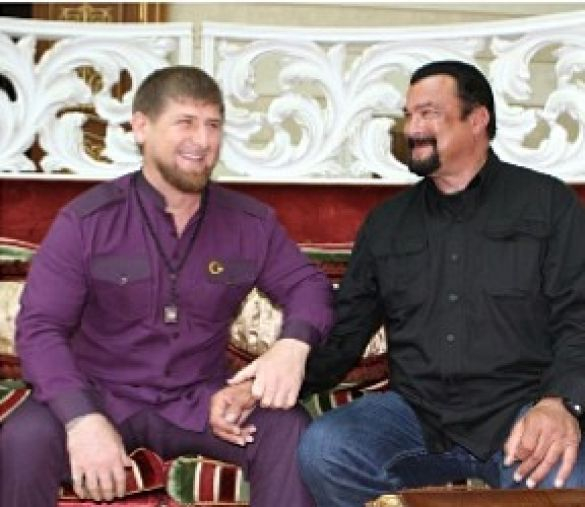 The Moscow Times contributed to this report.

Up in the air

With the opening of Terminal C, Sheremetyevo’s maximum capacity will reach 80 million passengers per year.

The Ukrainian prime minister submitted his resignation Friday but later hinted he might stay.

Technical requirements have already been prepared for Russia’s new anti-submarine aircraft based on a late-Soviet passenger plane.