A U.S. media watchdog has named Russia as one of the top countries that gives impunity to the killers of journalists but noted that the situation was improving.

The New York-based Committee to Protect Journalists ranked Russia at No. 9, the same spot as last year, on its Impunity Index of the world's 12 worst countries.

"With 14 unsolved murder cases since 2003, Russia is the ninth worst country on the index," the organization said in a report released on the eve of World Press Freedom Day on Friday.

It said journalists in the North Caucuses faced the greatest risk nowadays, noting that the most recent death that it recorded was of Kazbek Gekkiyev, 28, a state television anchor who was shot three times on his way home from work in Nalchik in December 2012.

The report did not mention that law enforcement officers shot dead the chief suspect in Gekkiyev's killing, Zeitun Bozun, 30, when he resisted arrest in Nalchik on Jan. 29. 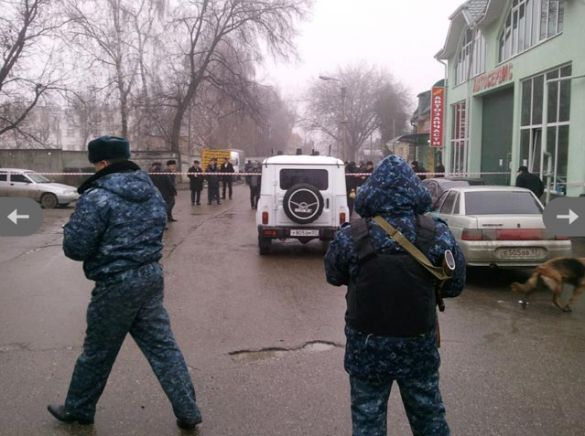 A handout photo from the Kabardino-Balkaria police department of the Nalchik operation to arrest Zeitun Bozun on Jan. 29.

Russia, which has made the list every year since it was launched in 2008, is ranked this year between Pakistan (8) and Brazil (10), with 0.099 unsolved journalist murders per million inhabitants.

The list is topped by Iraq, with 2.818 unsolved journalist murders per million inhabitants, and followed by Somalia and the Philippines. The three countries kept the same positions as last year.

The CPJ said 34 journalists have been killed in Russia since 1992, and 14 of those cases remained unsolved compared to 16 last year.

But the CPJ did note that conditions were improving in both Russia and Nepal, which was removed from this year's list. "Although both nations remain dangerous for the press, both have seen a general decline in deadly anti-press violence and a handful of partly successful prosecutions in journalist murders," it said, citing as an example the successful prosecution of former police official Dmitry Pavlyuchenkov on conspiracy charges related to the 2006 slaying of Novaya Gazeta investigative reporter Anna Politkovskaya.

"The sentencing of Pavlyuchenkov demonstrated progress in one momentous case, but let's not forget that he never identified the masterminds. So, justice is still half-done," said Galina Sidorova, who heads the Foundation for Investigative Journalism in Russia. "The climate of impunity is still here."

The CPJ said Russia's poor record in solving murders prompted the mother of investigative journalist Maxim Maximov, who was last seen in central St. Petersburg on June 29, 2004, and is presumed dead, appeal to the European Court of Human Rights that "Russia fosters a state pattern of impunity in murders of journalists."